Bentley Bentayga: 15 things you probably did not know about the world’s fastest SUV

As Bentley Motors welcomes the world’s fastest, most powerful, most luxurious SUV to the Middle East, we take a look at the elements that represent the pinnacle of Bentley’s ‎design, craft and engineering skills, which led to the conception of the sector-defining SUV, the Bentley Bentayga.

1. The Bentayga name was inspired by the marque’s founder’s name and the natural world.With a nod to the Taiga, the unforgiving transcontinental snowforests abutting the Arctic Circle, Bentley also looked to the rugged peak of Rogue Bentayga in Grand Canaria for inspiration.

2. The development programme for the Bentayga has been the most ‎exhaustive in the Bentley brand’s history, with tests taking place in five continents. ‎From the dirt and gravel of South Africa to the dunes of Dubai and the ‎muddy fields of Cheshire, from -30°C in Norway’sfrozen North Cape to ‎searing 50°C desert heat in the Middle East. The Bentayga’s ability to perform on any surface ‎and even in the most extreme conditions is unrivalled in the luxury SUV segment.

3. The Bentayga has driven more than 400 laps of the famous ‎Nürburgring Nordschleife circuit, as part of developing the dynamic ‎performance of the chassis and fine-tuning the relevant control and ‎stability systems. The unique features of the Nordschleife circuit, including the ‎high level of topographical change, the variety of surface grip levels and wide ‎range of cornering speeds, made it the perfect place to develop the ‎fastest, most powerful SUV in the world. 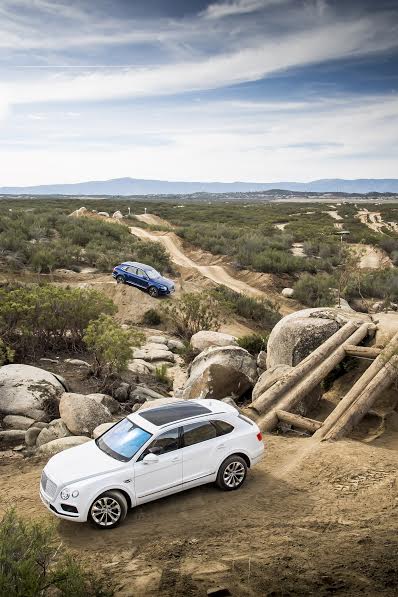 4. Bentley’s iconic W12 engine was revised from the ground up, specifically for the Bentayga. The revisions made by Bentley’s engineering specialists in Crewe, England have redefined what a SUV can do. It can operate perfectly in all off-roadconditions, at lateral and longitudinal angles of up to 35°.

5. The Bentayga features the most advanced and efficient powertrain ever created by Bentley. Bentley’s new and unique double-injection system employs a combination of direct and port-injection to minimise emissions, while even greater fuel economy is achieved via the variable displacement system and start-stop technology.

7. The Bentayaga’s body is produced using one of the most exclusive metal forging techniques in the world. The bodyis produced using the largest single piece aluminium pressing technique in the automotive world. The deeply drawn aluminium front fenders are stamped using a slow, craftingprocess called superelastic metal forming, in which the aluminium sheet is heated almost to the melting point and then pressed over the die. It’s the only way for Bentley to get such a large, deep, single pressing without having to build up the fender from several different stampings. 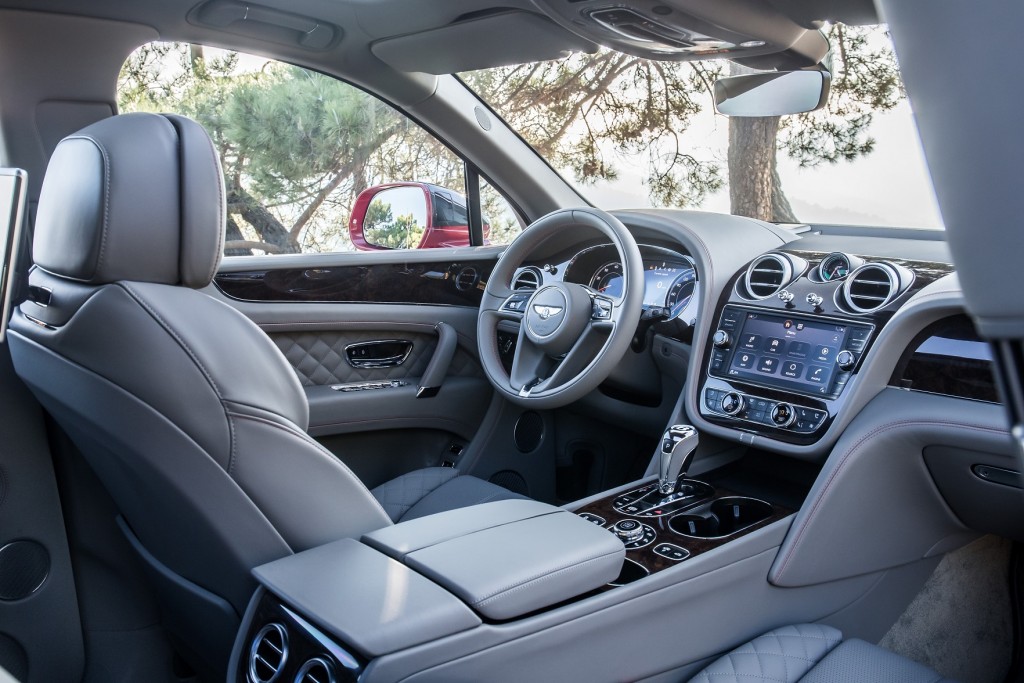 8. The design of the Bentayga’s dashboardpays homage to company’s logo by taking inspiration from the Bentley wings. The famous marque’s logo inspired the architecture of the cockpit, forming the basis of a symmetrical, double-wing arrangement that flows from door to door, encircling the occupants.

9. Bentayga customers have nearinfinite combinations of personalisation to choose from. Each Bentayga commissioned will be as unique as its owner. With over a hundred exterior paint options, seven different wheel designs, 15 soft leather hide options, seven beautiful natural veneers and exquisite trim options, almost every visible feature can be customised to suit customer specifications.

10. The Bentayga features the world’s finest leather upholstery. The leather hides which line the interior of the Bentley Bentayga are sourced from Northern European bulls where the more temperate climate helps ensure there are fewer parasites affecting the animals’ hides, keeping the leather naturally blemish free.

11. The leather inside the Bentayga is produced using traditional artisan techniques. ‎The traditional leather tanning process has been kept to ensure the ‎leathery smell remains, creating the aroma of vintage Bentleys‎.

12. Bentley’s first ever SUV still shares similarities with nostalgic Bentley models such as the Bentley Blower. The trademark Bentley matrix grille which is used on theBentayga creates a modern dynamic elegance yet originates from the golden era of Bentley racing in the 1920s, when it was fitted as a protective mesh stone guard.

13. The Bentayga features the automotive world’s first luxury event seat experience. The new model is equipped with a quilted leather event seat which folds out from the tailgate of the ‎vehicle making every Bentaygatrunk a luxuriousand comfortable position to enjoy ‎any outdoor event, such as a day at the Polo.‎ 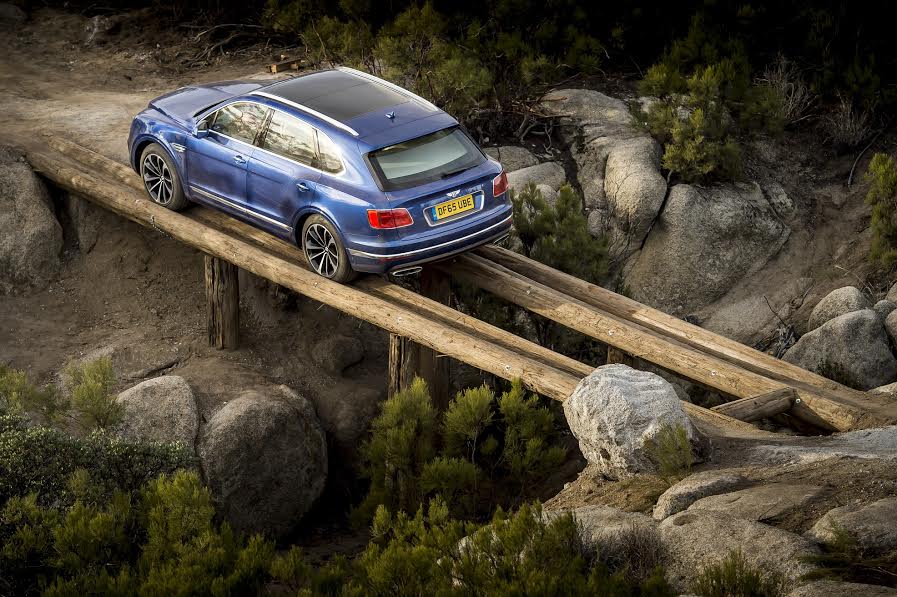 14. The Bentayga offers tailored specification packages designed to suit the tastes of every customer, including two styling packs. Each specification comprises features that meet the particular driving needs of each Bentayga customer.

15. The Bentayga houses one the most expensive optional features in the world. This comes in the form of a bespoke mechanical Mulliner Tourbillon by Breitling. The most complex of watch mechanisms, the Mulliner ‎Tourbillon is automatically wound periodically by a dedicated high-‎precision winding mechanism within the car. This masterpiece is machined ‎in solid gold (customers can select from either a rose or white gold finish), with the ‎choice of either a mother-of-pearl or black ebony face which is decorated with ‎eight diamond indexes.