New addition to the Porsche range of puristic driving cars: The 911 GT3 with Touring Package will be unveiled at the 67th International Motor Show (IAA) in Frankfurt, which takes place from September 12 to 24 2017. It is available exclusively with a six-speed manual transmission, and instead of the fixed rear wing it has a variable rear spoiler like the 911 Carrera.

The name “Touring Package” harks back to a model variant of the classic 911 Carrera RS from 1973. Even then, the puristic 911 design language and classic interior features were a key element. The new 911 GT3 with Touring Package adopts and modernises this concept. This variant is aimed at enthusiasts of high-quality sports cars who value an understated appearance and pure driving dynamics.

Beneath its understated exterior is pure motorsport technology: The four-litre naturally aspirated engine, taken from motorsport, reaches 500 hp (368 kW) and generates 460 Nm of torque. In combination with optimal gear changes, the 911 GT3 with Touring Package sprints from 0 to 100 km/h in 3.9 seconds reaching a top speed of 316 km/h. 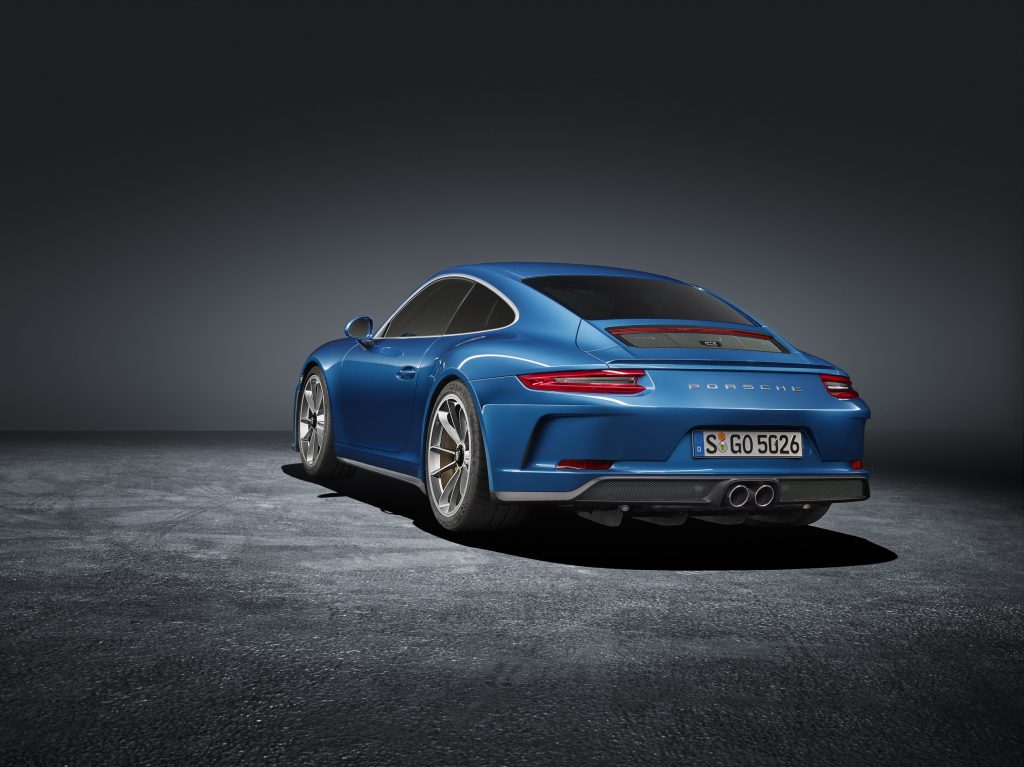 With the exception of the rear, the body of the GT3 remains unchanged in this variant. Although front and rear lights are identical, they are not dark-tinted as is the case in the 911 GT3. The subtle structural features are first visible at the rear end. The wing of the extending rear spoiler from the series-production 911 is equipped with an aerodynamic downforce edge (Gurney flap) in the vehicle body colour. The exclusively designed rear lid bears the “GT3 touring” logo.

Other distinguishing features include the silver trim detailing on the side windows, sports exhaust tailpipes and headlight washer covers, as well as the Porsche logo at the rear. Customers can also opt for the “Black Exterior Touring Package”, offering the before mentioned elements in black including front and rear lights finished in a dark tint. 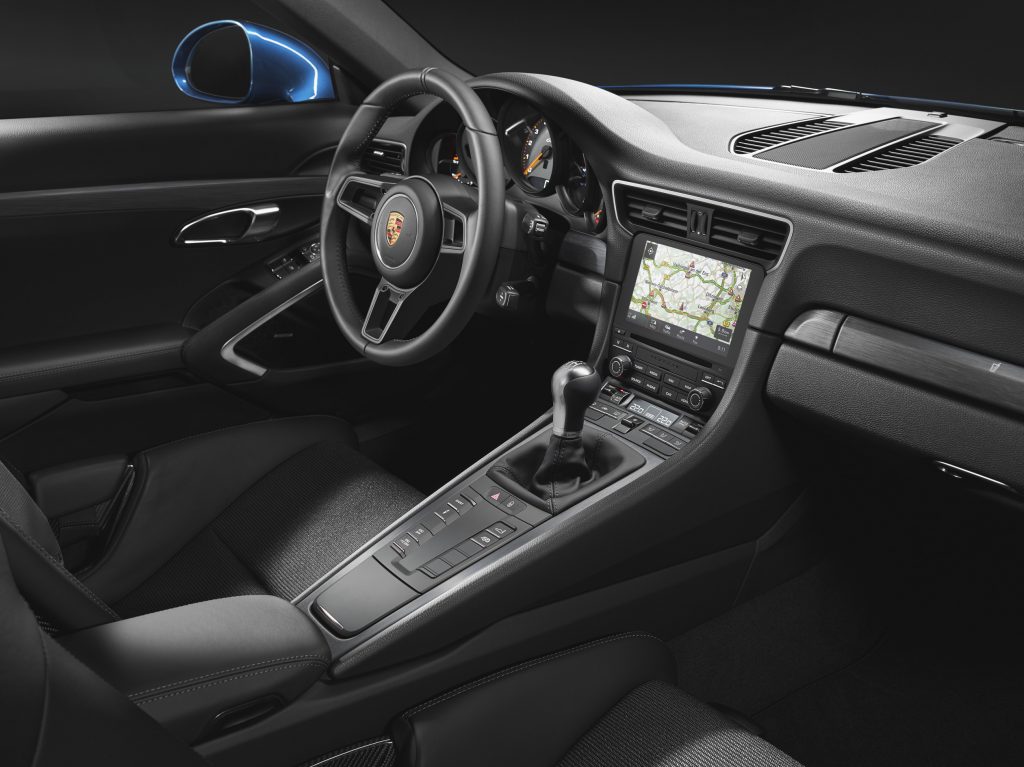 The interior embodies the feel of a classic sports car. In line with the character of a puristic GT, premium leather is used throughout the cabin, including the steering wheel trim with twelve o’clock marker, shift lever, door panel armrests, centre console storage compartment lid and door handles complimented by black stitching detail. The seat centre panels are made of luxury black fabric, with the Porsche crest embossed on the headrests. The finishing trim details in the interior are done in brushed aluminium in black.

Excluding the Clubsport Package and Alcantara equipment ranges, the majority of 911 GT3 options are available from Porsche in combination with the Touring Package.

As with the regular 911 GT3, the standard equipment includes Porsche Communication Management (PCM), the Connect Plus module and the Porsche Track Precision app, enabling drivers to display, record, review and analyse detailed driving data on their smartphone.