Steve Thomas of Team Allied Partners signed into SEASON II of the T1 Prima Truck Racing Championship 2015 in style, finishing fastest in the 20 minute QUALIFYING SESSION today, at the Buddh International Circuit (BIC), while Stuart Oliver of Team Castrol Vecton, last years’ T1 PRIMA Truck Racing Champion, was second fastest, with Oly Janes finishing third fastest also of Team Castrol Vecton.
Steve Thomas said “It was a really good day to have finished first in QUALIFYING today. My second time racing here in India at the BIC. One of the main things we’ve learnt is that the T1 Prima Race truck is very reliable. All the race trucks competing today were evenly matched, making for a very competitive final race. I am delighted to be here and hope to finish on the podium in tomorrow’s main race”. 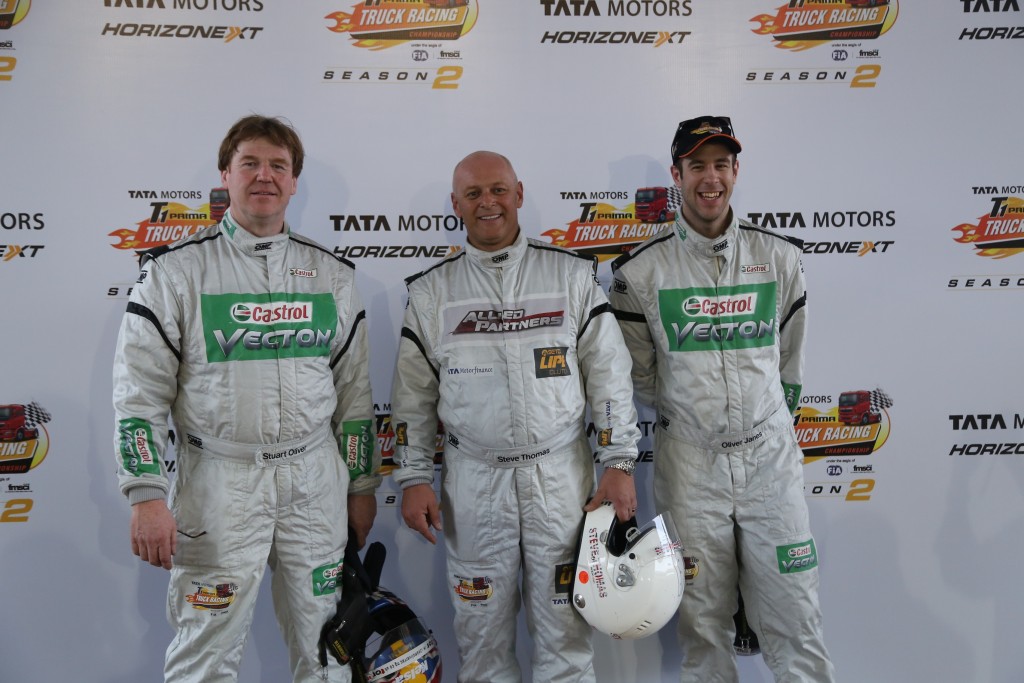 Having recently announced the T1 PRIMA TRUCK RACING CHAMPIONSHIP as an annual event, Tata Motors has also conceptualised and introduced a NEW INDIAN DRIVER SELECTION AND TRAINING PROGRAM for 2016, to induct and mould potential Indian truck drivers into T1’s FUTURE. This program not only enhances a potentials driving skills, but has an ultimate goal of creating a well-­‐rounded truck racing drivers.