Audi has revealed its hotly anticipated second-generation R8 coupe. Audi is currently only offering the new R8 with a 5.2-litre V10 engine in two guises – the ‘standard’ 532bhp version and the range-topping ‘V10 Plus’ with 602bhp. Yep, same as the Huracan. Coupled to a lighter body weighing in at 1454kg (dry) – 50kg lighter than the last R8 – and constantly variable four-wheel-drive, the V10 Plus can accelerate from 0-62mph in 3.2 seconds and top out at 205mph. 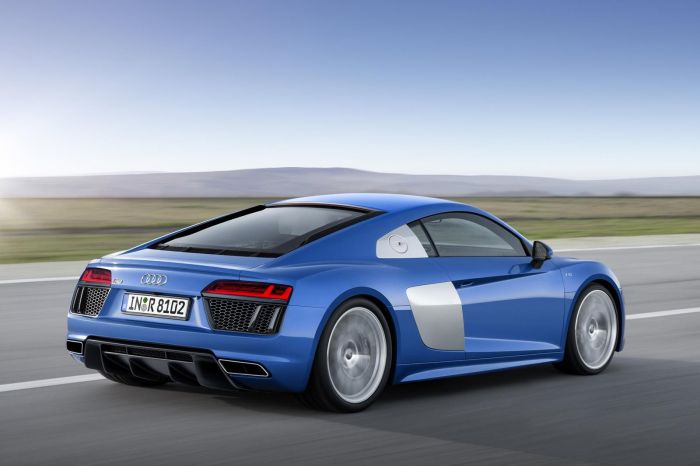 Set to make its public debut at next week’s Geneva motor show, the new car follows an evolutionary path, retaining all the integral elements of the first generation R8 on sale since 2006. However, Audi’s technical development boss Ulrich Hackenberg says every component of the R8 has been either upgraded or newly designed using knowhow from the German car maker’s racing programs.

“With the new R8, our engineers are bringing accumulated racing expertise from the race track onto the road. No other model of ours is closer to a race car,” Hackenberg claims.

Stylistically, the new Audi leans heavily on its predecessor. Despite the apparent visual similarities between the two, though, every exterior element is described as new, including the new R8’s signature single frame grille, distinctive LED imbued headlamps, side blade treatment and complete aluminium body.

In line with recent developments at the German car maker, Audi is offering the new R8 with its hi-tech laser headlamps, which use a laser guided spot lamp for the high beams, along with dynamic turn signals at the front. Dynamic turn signals are standard at the rear. 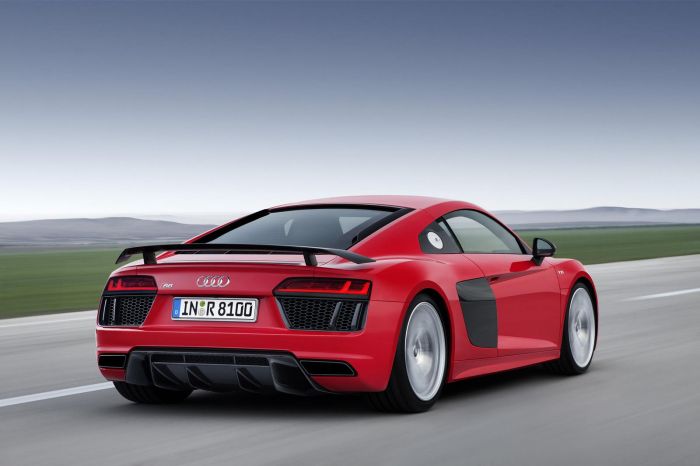 Together with the new R8 coupe revealed here in a series of official photographs, Audi is also preparing a successor to the R8 Spyder, although it isn’t planned to be shown until later this year, most likely at the Los Angeles motor show in November.