Lamborghini showed off its latest concept – the Terzo Millennio, at the Massachusetts Institute of Technology’s tech conference. Terzo Millennio as in ‘third millennium’, in which the car makes its foray.

The concept’s structural components double up as the car’s battery back in order to make it as lightweight as possible. The concept is built from carbon-fibre and boasts of sensors that help the car keep a track of damage to the bodywork. Lamborghini states that the car will be able to heal itself (yes, you can read that again) with the aid of chemicals in the micro-channels of the carbon-fibre frame. With a helping hand from MIT, the manufacturer is finding better ways of making carbon-fibre. We personally think this a car that would seem perfectly at home with your savage hot-wheels collection. Speaking of which, we hope Hot Wheels makes a scaled-down version of this thing.

The prime aim is on two areas: innovative future-proof materials and next-generation energy storage systems. The company has been working closely with MIT on the project, with funds pouring in from the company itself.

Powered by four in-wheel electric motors, it has the ability to control the amount of torque each wheel receives. No four-wheel-drive powertrain; with this thing – they’re chasing aerodynamics. The car also employs a kinetic energy recovery system to produce more power, along with a supercapacitor. Lamborghini, however, admits that they need to work on improving battery technology. Power and torque figures haven’t been revealed yet, but will eventually make it to the bulletins. 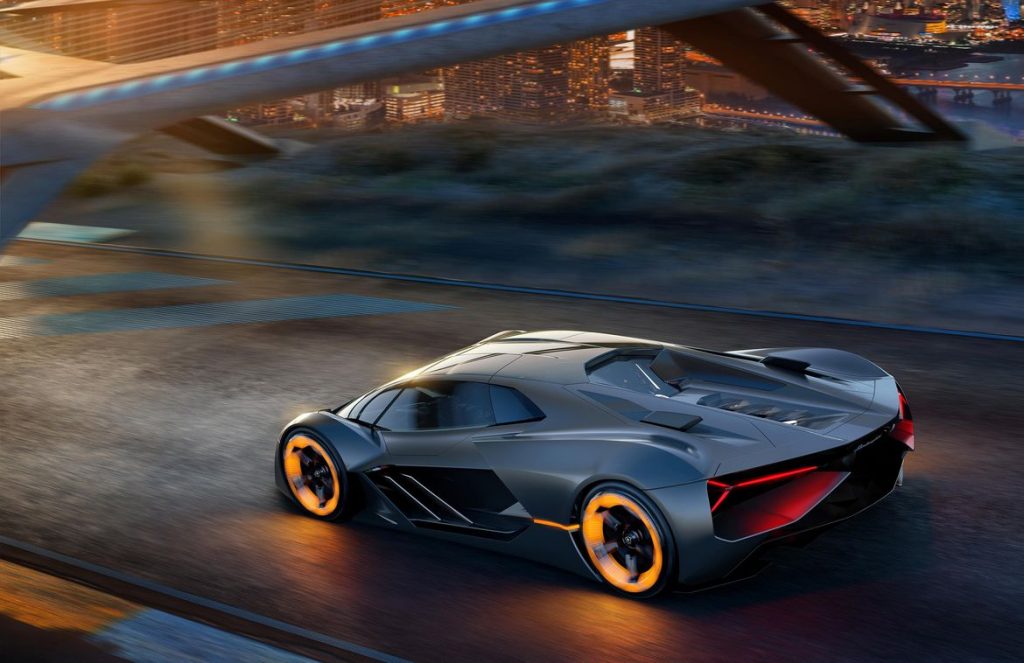