After the F-Type Project 7 and Range Rover SVR, the XE SV Project 8 is the latest offering from the Special Vehicle Operations division in its three years of existence.

It looks outrageous, to say the least. Massive air intakes in the aggressively-styled front bumper, pumped-up wheel arches, a rear diffuser, titanium quad exhausts, a menacingly large spoiler, sideskirts, F1-like silicon-nitride ceramic wheel bearings, 20-inch wheels give this super-saloon the pedigree it needs. Most of the parts on the car have been replaced with carbon-fibre, except for the front doors and the roof that are aluminium.

Step inside, and it’s bound to take your breath away. Opting for the Track Pack will have Jaguar chuck the rear seats and have a roll cage fitted, making the car lighter by 12.2kgs. Up-front, there are now bucket seats in place of the regular ones, while the goodies on the dashboard stay intact. A Meridian audio system comes as standard and a 12.3-inch TFT instrument binnacle display is all-new. Behind the steering, you will note the aluminium paddle-shifters. 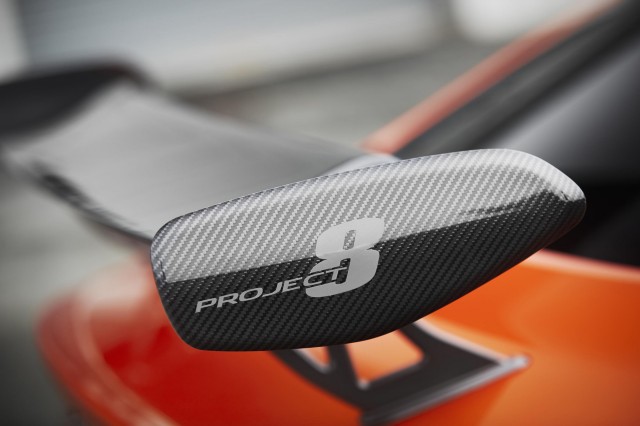 Under the bonnet sits a 5.0-litre, supercharged V8 that makes 592bhp and is mated to an 8-speed automatic transmission. The fully variable all-wheel-drive setup has been altered in order to divide more torque to the rear wheels than the F-Type Project 7. And thanks to JLR’s electronically-controlled differential, the power is shared across the rear axle. The suspensions at the front and rear remain the same, but have been tweaked to suit this beast. Ceramic brakes will come as standard. The 0-100 sprint is dealt with in just 3.3 seconds, with a top speed of 321kph. 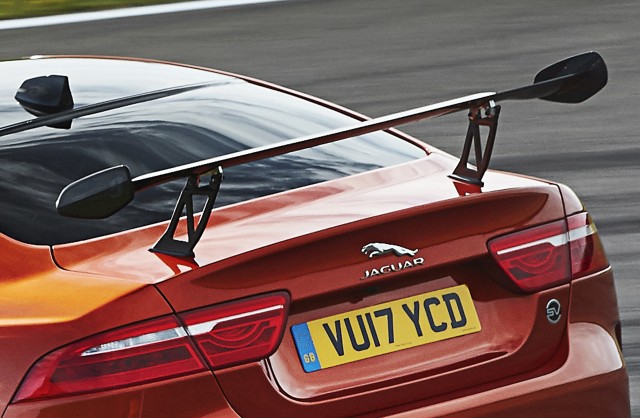 At Rs 1.27 crores, the XE Project 8 is really expensive – and the biggest party-pooper? It’s being sold only as a left-hand-drive across the world; yes – all 300 of which will be made.