Honda two-wheelers have launched yet another unconventional looking scooter after the Navi, for the Indian market. The Cliq starts its journey in our market as a practical and affordable automatic scoot that is aiming at buyers similar to the ones who were interested in the Navi.

The design is rather out-of-the-box; something similar to what you see in China Japan. Up-front, the large apron boasts of a huge headlamp with visor atop it. Despite the seat appearing large, it’s actually narrower than an Activa; you will also find a metal grab-handle at the back. At 102kgs, it is also light, while fuel capacity is a 3.5 litres. Underseat storage is said to be great, while the large floorboard allows riders with good height to find comfort. 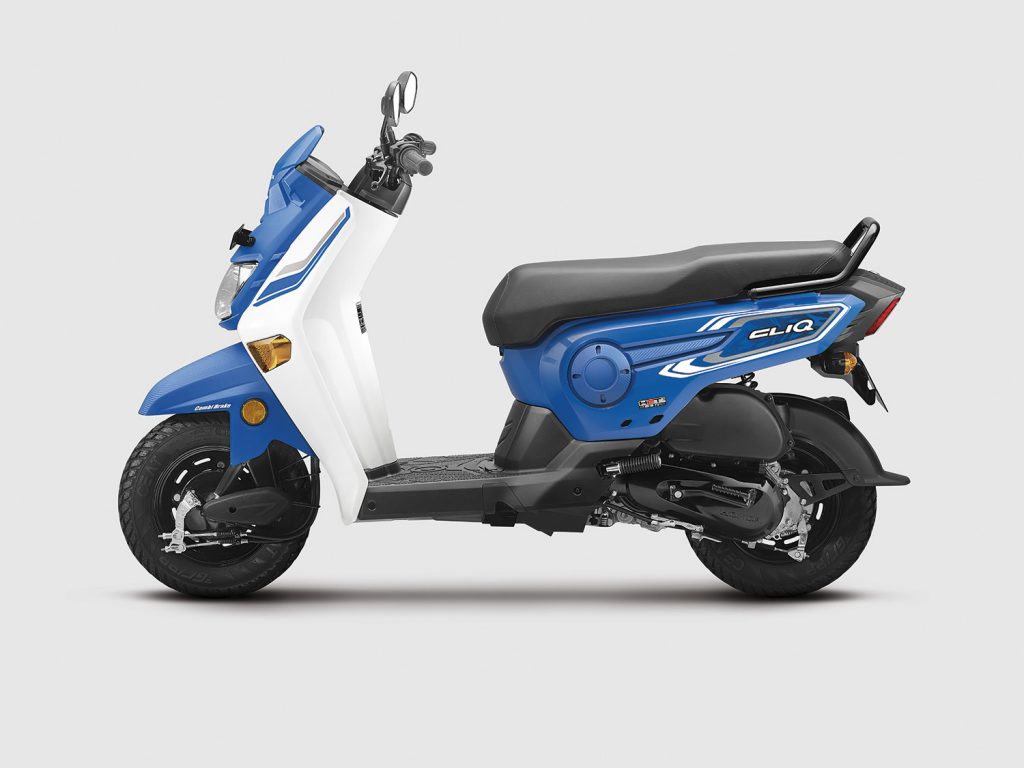 Doing duty in the Cliq is the same 109cc motor that makes 8.04hp and 8.94Nm of torque. The Cliq has 10-inch wheels, both at the front and rear, while the chassis remains the underbone-type unit that is slightly longer than the Activa’s. Honda’s CBS combined-braking system comes as standard. Features include a mobile-charging port, a maintenance-free battery and of course tubeless tyres. Manufactured at Honda’s second plant in Rajasthan, the Cliq will start sales in the city, while others will follow too.

It will be sold in four colours: Orcus Grey, Morocan Blue with white and Patriotic Red with white and black. Honda says the Cliq is an urban unisex scooter. We’re sure this one is going to have it takers too.