Double Podium for Jehan at Nurburgring

Sahara Force India Academy racer, Jehan Daruvala, returned to the Nurburgring Circuit in Germany for Round 6 of the Formula Renault 2.0 NEC series. Once again, Jehan proved his mettle with two strong races, earning himself two podiums.

Jehan was ninth out of 22 cars in the first practice session of the weekend. However, Jehan bounced right back in the second session of practice as he topped the timesheets with a laptime of 1:56.184.

Qualifying for Race One saw Jehan move up and down the order on a damp track. Eventually, he qualified a respectable fourth, after a driver ahead was penalised. Jehan was three tenths of a second behind Japanese racer Ukyo Sasahara, who qualified on pole with a laptime of 1:56.096. 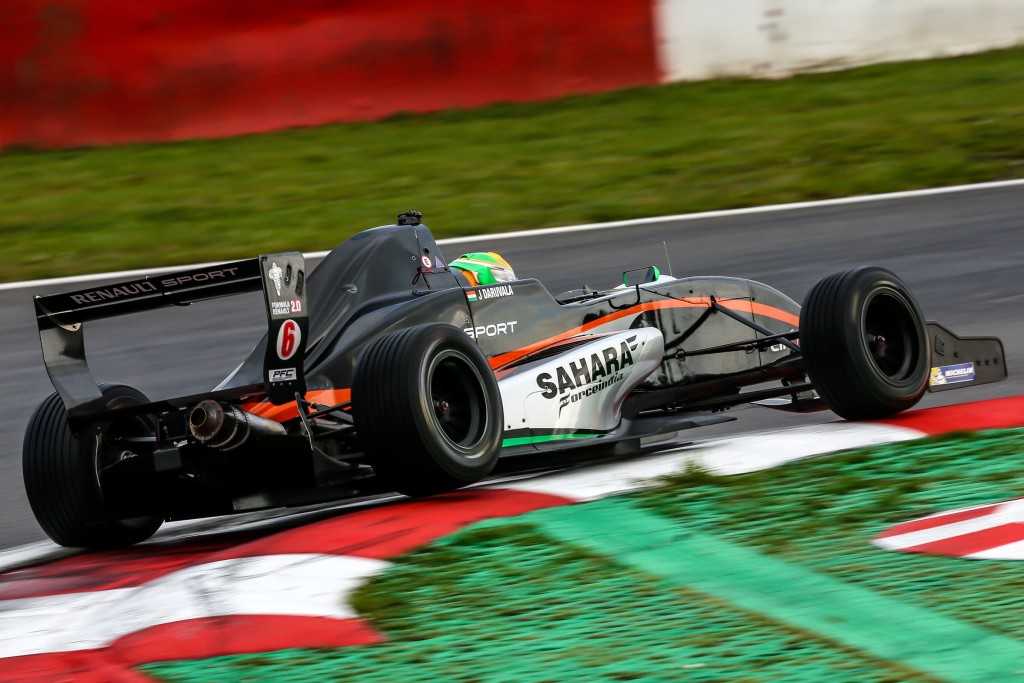 In qualifying for Race Two, Jehan made a small improvement to get third position, just two tenths slower than pole sitter Deletraz, who qualified with a laptime of 1:55.518.

Jehan had to defend aggressively into the first corner at the start of Race One. He held of 2 other cars and managed to retain his fourth position and was never under real threat after then. Around the half way mark, it started to rain and the safety car was deployed. At the restart, Jehan had to defend himself from his Austrian teammate, Stefan Reiner. He was forced to run wide at the first corner and Reiner overtook him exiting the corner. 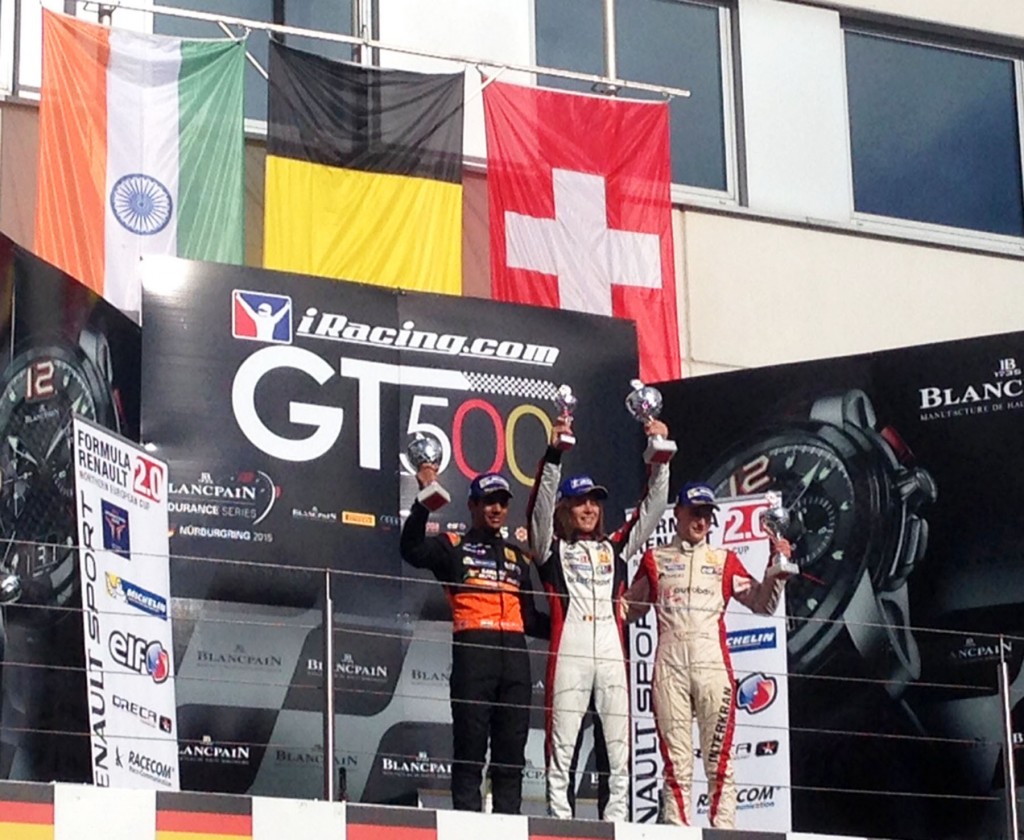 Ukyo Sasahara won the race ahead of Louis Deletraz as their battle lasted the entire race. Kevin Jorg was a lonely third while Jehan finished fifth  and earned another podium with the ‘Best Rookie Trophy’.

“I had to defend my line into the first corner as three of us entered side by side. I was never in any danger after that. At the restart after the safety corner, I made a small mistake and ran wide. That allowed Reiner to overtake me and I was unable to challenge him again.” said Jehan.

In Race Two, Jehan made a decent start from third and held his position. However, the Indian teenager made a crucial mistake a few laps later and lost a position to Max Defourny of Belgium.

After a brief safety car period, Deletraz in second made a move on race leader, Sasahara. Both racers out braked themselves and ran off the circuit. This elevated Defourny and Jehan into P1 and P2, with the Sahara Force India Academy driver continuing to drive consistently to finish the race in second. Defourny won the race 2.9 seconds ahead of Jehan, while Kevin Jorg was third.

“ It was a good weekend. I was happy qualifying 4th and 3rd for the races. Race 1 was good and I was happy to finish 5th as I was a little off the pace. Race 2 has been my best result for the year but was a mix of emotions for me. I could have had my first win if I had not made a mistake earlier by going onto the wet astro turf, which caused me to spin 360 degrees. Fortunately, I recovered the car in time and lost only one position to finish 2nd. “  said the 16 year old Jehan after Race 2.

Jehan’s two consecutive podiums means he is now second in the Rookie Championship, with one round of the NEC series left, at the Hockenheim circuit.