BMW has unveiled the all-new third-generation X3. Based on the new CLAR platform, it sees an increase in dimensions which helps give way for room for its occupants.

On the design front, it looks a bit aggressive. A bolder kidney grille, strong character lines, a shapely bonnet, LED headlamps and tail lamps, new alloy wheels and a roof-mounted spoiler are among some of the refreshing highlights on the new SUV. The use of lightweight metals and alloy have resulted in a lighter model, with a kerb weight of 1750kgs. 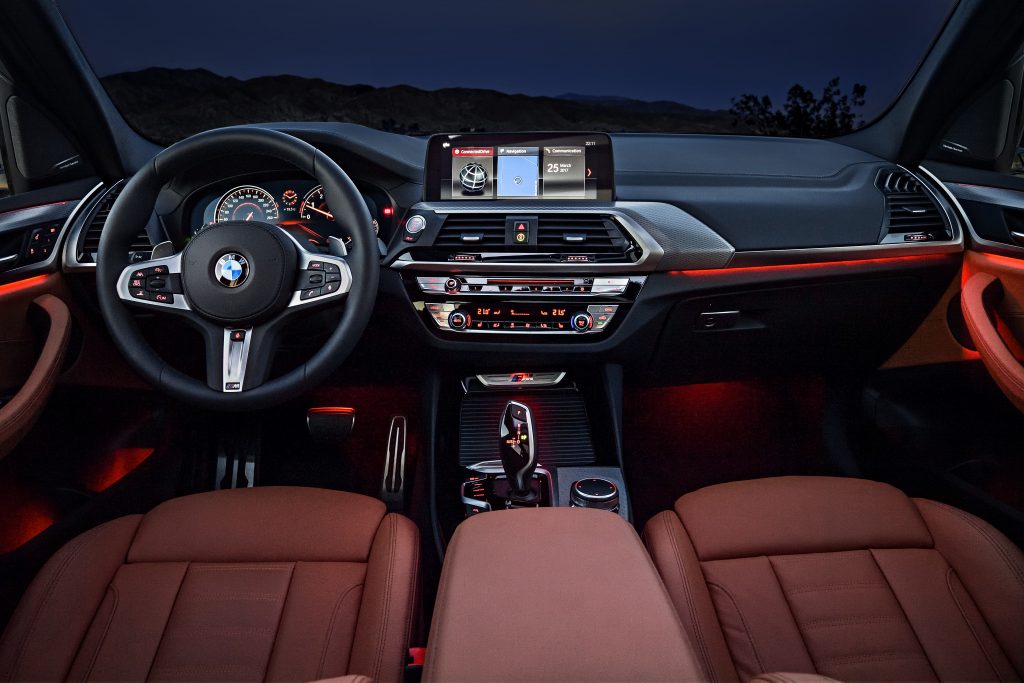 In the cabin, an all-new 12.3-inch all-digital instrument cluster, heads-up display unit, and a 10.2-inch infotainment display that boasts of voice recognition and gesture control, are found neatly laid-out on a dashboard almost identical to the one on the new 5-series.

The new X3 will come with a range of engines, only some of which the Indian market will receive unfortunately. A 190hp, 2.0-litre diesel and a 265hp, 3.0-litre straight-six diesel motor can be expected for our market, while a 251hp, 3.0-litre petrol is more likely to be offered here too. A 184hp, 2.0-litre petrol will be offered overseas. Also, a few hybrid variants are in the pipeline, but don’t have hopes to see these around in India. As for the hardcore X3 M40i that makes 360hp and 500Nm of torque from a six-cylinder petrol – well, we’ll just have to keep our fingers crossed for this one. Expect an 8-speed auto transmission to be synced to the motors.