BMW unveiled the track version of the 8-Series well ahead of the production car even hit the road as the M8 GTE graced Frankfurt Motor Show in absolute style. It is the pinnacle of what the German brand can do in the GT racing scenes as it replaces the successful M6 GTLM and the supple Z4 GTE marking the return to the famous 24 Hours of Le Mans series since the M3 GT2 last raced in 2011..

It uses a 4.0-litre twin turbocharged V8 engine that is restricted to produce 500 horsepower as per the racing regulations and is based on the production cylinder block and heads that could be made available in the upcoming 8-Series sports coupe. The engine is connected to a six-speed sequential transmission sending power to all four wheels. 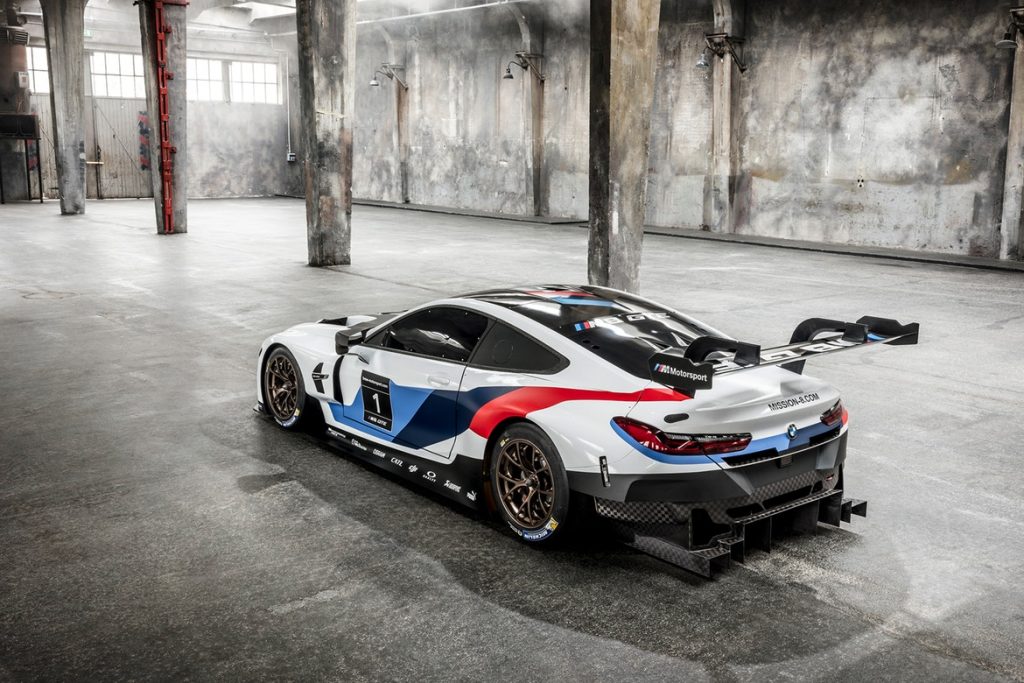 The production model previewed through the concept at Villa d’Este was only in the final stages when development began on the M8 GTE as computer simulation played a big part in developing the traction control and the overall design. The deployment of carbon fibre for the bodywork helped to keep the weight below 2,700 pounds – a massive 55 lbs less than the regulations permit.

Teams can play around with the balance and set the vehicle up based on track conditions for better lap times. The M8 GTE, with the competition-spec aero and the fresh take on the traditional BMW Motorsport livery, will make its race debut at the 24 Hours of Daytona in Florida in January as it readies for the IMSA WeatherTech SportsCar Championship and the FIA World Endurance Championship.