Volkswagen has staged the world premiere of the C Coupe GTE concept at Auto Shanghai 2015 in China.

More than five meters long and riding on 22-inch wheels, the latest concept from Volkswagen was developed with the Chinese market in mind and serves as a sneak preview for an upcoming design language set to be used on high-end sedans using the VW badge. The concept is 1930mm wide and has a generous 3001mm wheelbase and according to Volkswagen a production version based on this would take the shape of a new sedan slotted between the Passat and Phaeton. 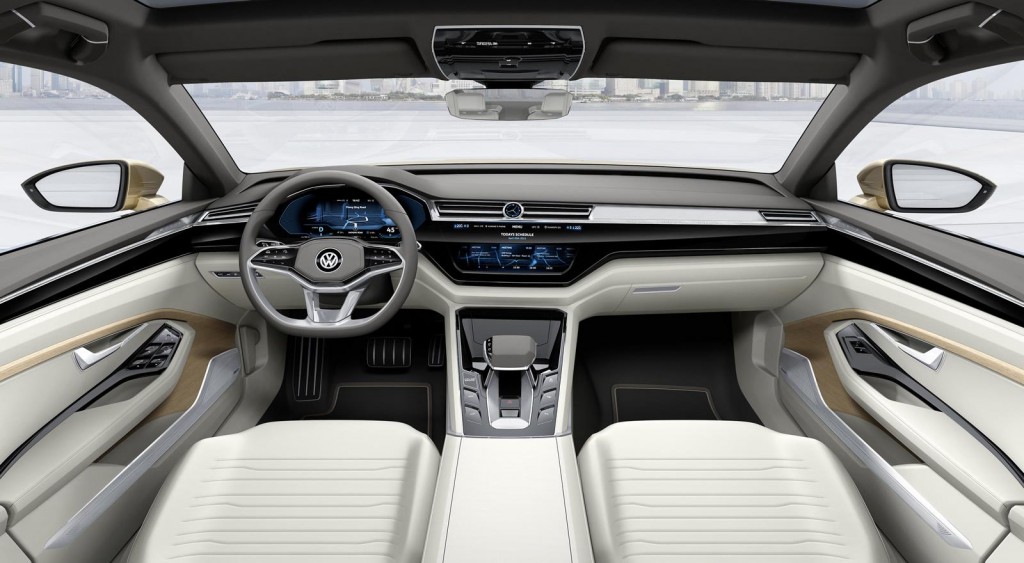 The interior cabin doesn’t stray away too much from the latest Passat, but it does have a more functional and less cluttered layout thanks to a fully digital instrument cluster and a large touchscreen display. Rear passengers have their own center console from where they can access many of the car’s functions and also get to enjoy a rear-seat entertainment system with dual displays mounted in the backrest of the front seats. 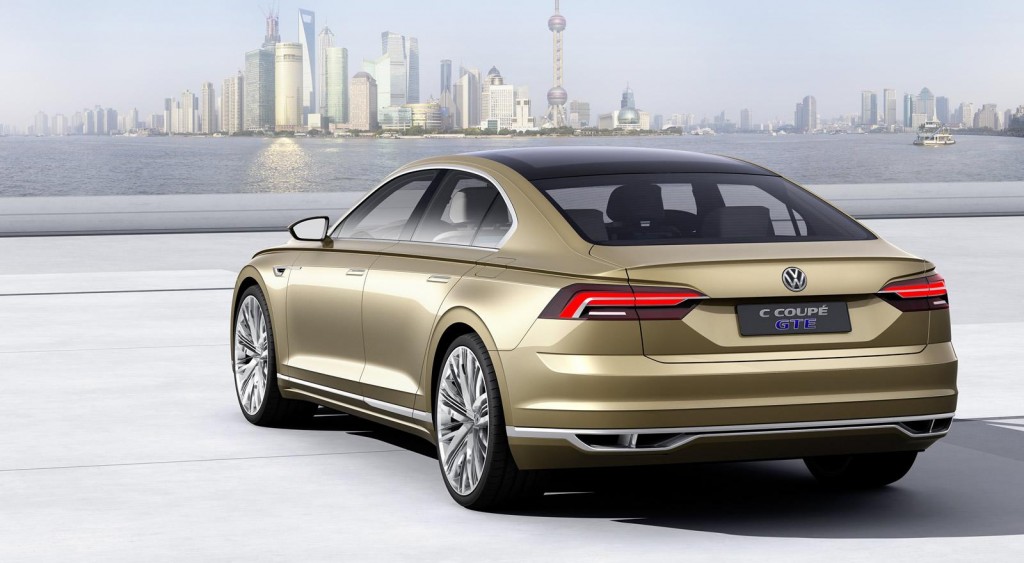 The concept has been envisioned with a plug-in hybrid setup encompassing a four-cylinder TSI turbocharged gasoline engine teamed up with an eight-speed automatic transmission incorporating an electric motor. The conventional engine puts out 210 PS (155 kW) while the electric motor generates 124 PS (91 kW) to give the C Coupe GTE concept a combined output of 245 PS (180 kW) and 500 Nm (369 lb-ft) of torque. 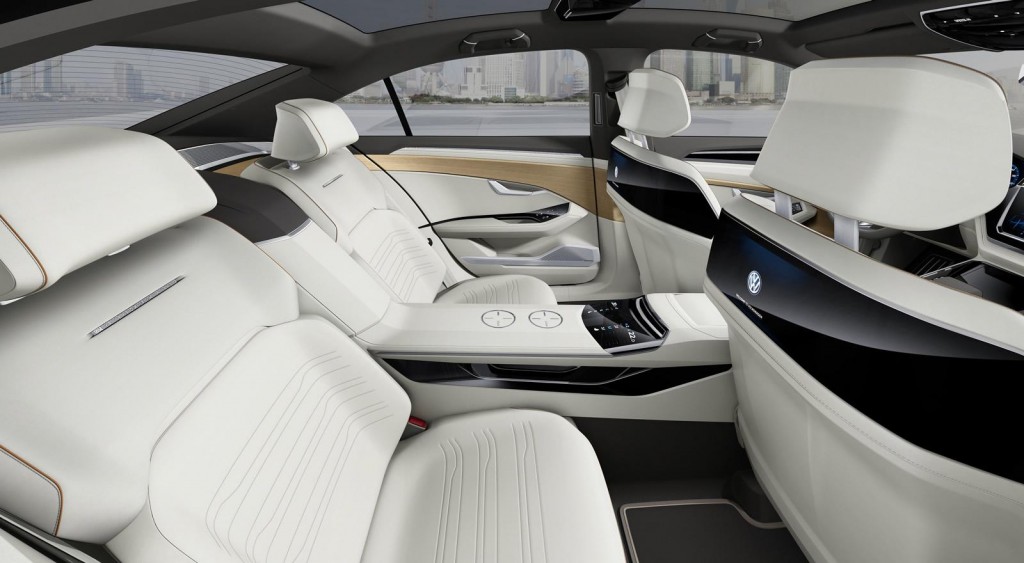