UM has launched India’s first electric cruiser at the 14th edition of biennial Auto Expo. The Thor comes priced at Rs. 4.9 lakh (ex-showroom) and along with it the Renegade Duty S and the Renegade Duty Ace are also revealed. The electric motorcycle does not have a direct competition in the market yet.

But it won’t be long before other brands come up with electric variants of their regular models as many were showcased at the Auto Expo. Claimed to be the world’s first electric geared high-speed cruiser bike, the plans for the Thor electric bike was revealed during the launch of Renegade Commander Classic and Commander Mojave. 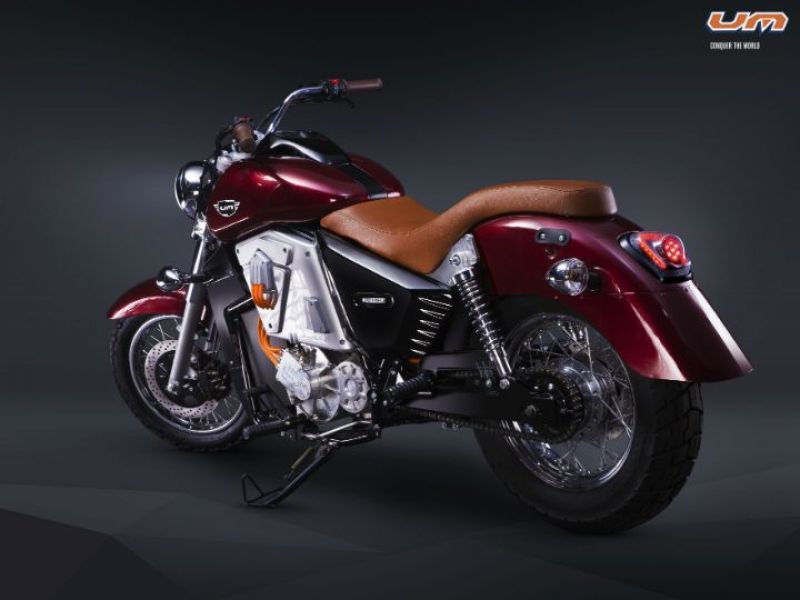 The Renegade Duty S and the Renegade Duty Ace bikes are powered by a 223 cc single-cylinder engine that produces maximum power of 17 bhp at 8,000 rpm against 17 Nm of peak torque at 5,000 rpm. It comes mated to a five-speed gearbox.

The new urban cruiser motorcycles start from Rs. 1.1 lakh (ex-showroom) and the deliveries will commence from sometime this year. The Thor will be available for sale by 2020 and it makes peak power of 30KW along with torque of 70Nm. It is mated to a five-speed transmission and features reverse gear, LED lights, optional fast charger, etc.