The 2017 Tokyo Motor Show has brought in some of the weirdest yet thoughtful concept as an example to the uniqueness of Japanese automakers. While many brands participating in the 45th edition of the event, Yamaha is one of the few we eagerly awaited, as it is always known for having the crowd amazed with its technology and innovation. Here are our top 5 picks:

Two years back, Yamaha had introduced one very interesting concept named Motobot. This was nothing but a robot being able to ride a motorcycle on a racetrack. Now, the brand has showcased the second generation of Motobot that has obviously been improved than the previous model. The prime objective of this robot is to ride an unmodified motorcycle and its real world use is to help in the development of traction control and stability control systems.

For this year, Yamaha has set a target of achieving the milestone of hitting well over 200 kmph on a racetrack and to compete against nine-time MotoGP world champion Valentino Rossi on a head-to-head battle of lap times. Riding the R1 M, the Motobot utilises various actuators for riding operations and to precisely control the actions and reactions identical to a typical human rider. 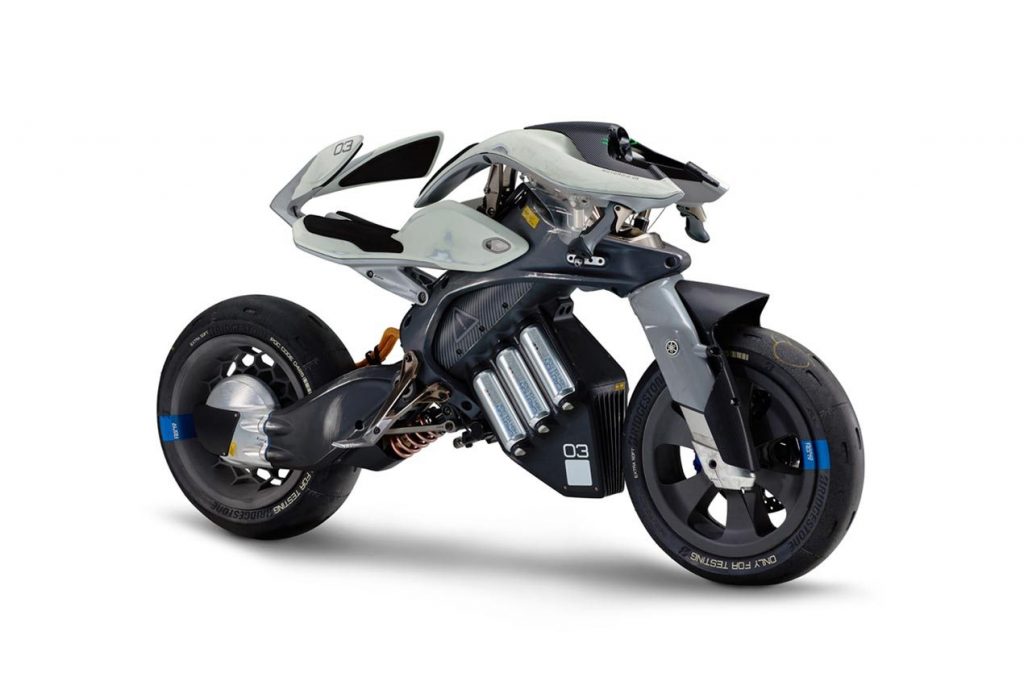 The Motoroid is another interesting concept that stole the 2017 Tokyo Motor Show. According to the company, the Motoroid is an experimental machine that employs artificial intelligence. Besides, this concept explores the feasibility of concepts for creating new forms of personal mobility in which the rider resonates harmoniously with machine. The vehicle is able to recognize its owner and body movements. It is purely electric thanks to a lithium-ion battery and a hub motor crafted on the single-sided swingarm.

The ‘Unleashed Prototype’ as Yamaha calls, the Motoroid is capable of interaction like a living creature. The design language of the radical bike is nothing short of unique with sharp proportions. The ‘AMCES’ control helps in self-balancing the motorcycle as the concept is capable of automatically propulsion when needed.

In simple words, the Yamaha MWC-4 is more of a leaning eco-friendly car than a motorcycle. For this, the company uses the technology of its Tricity scooter and MWT-9. The inclusion of a fourth wheel along with a roof keeps it away from the actual definition of a traditional motorcycle. Also, the driving position resembles to that of a car and hence, it would be unfair to state it as a two-wheeler.

Yamaha has revealed a new concept in contrast to its traditional two-wheeler roots at the 2017 TMS. The Yamaha Cross Hub concept essentially has different perspectives to other utility vehicles you would normally find on the road. It is a lifestyle-based ute for future urban mobility solution with suppleness of off-roading.

It can seat four passengers with unique diamond shaped layout and can carry two motorbikes at the back. Not just two motorcycles though, the Cross Hub concept is designed to give room to all-terrain vehicles, scooters, snow throwers, snowmobiles, boats, outboard motors, generators, etc that the brand make. 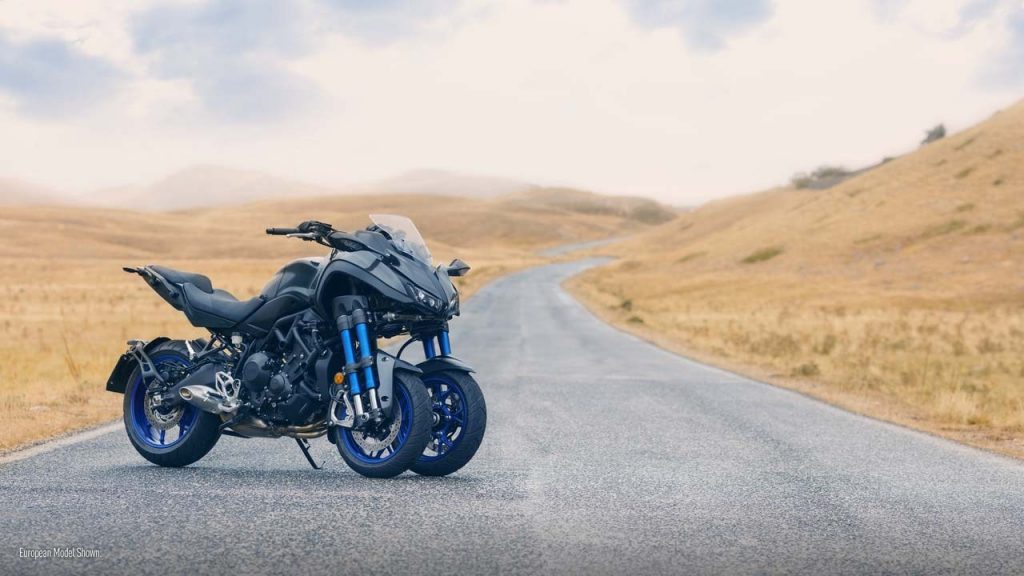 Yamaha revealed another interesting concept and this time it is a three wheeler at the 2017 Tokyo Motor Show. Based on the MT-09 platform, it is the first leaning motorcycle of such breed from the Japanese brand. With the Niken, Yamaha intends to offer sport riding to the enthusiasts in a three-wheeler that it also calls as ‘cornering master’. The Niken name comes from the joining of two Japanese words out of which ‘Ni’ means two and ‘Ken’ has the meaning sword.

The official statement released by Yamaha about this concept states that this large displacement leaning three-wheeler gets its power from an inline three-cylinder motor. The vehicle comes enabled with the company’s leaning multi wheeler (LMW) technology in order to reduce the effects of changing ride environments and deliver high level of stability while cornering. The company states that the Yamaha Niken offers excellent performance for spirited and sporty riding on various road surfaces.