The new MINI Cooper S was launched in India at an exclusive driving event held at Aamby Valley, Pune.

The new MINI Cooper S is available at MINI dealerships across India as a CBU (Completely Built-Up) unit from today onwards. 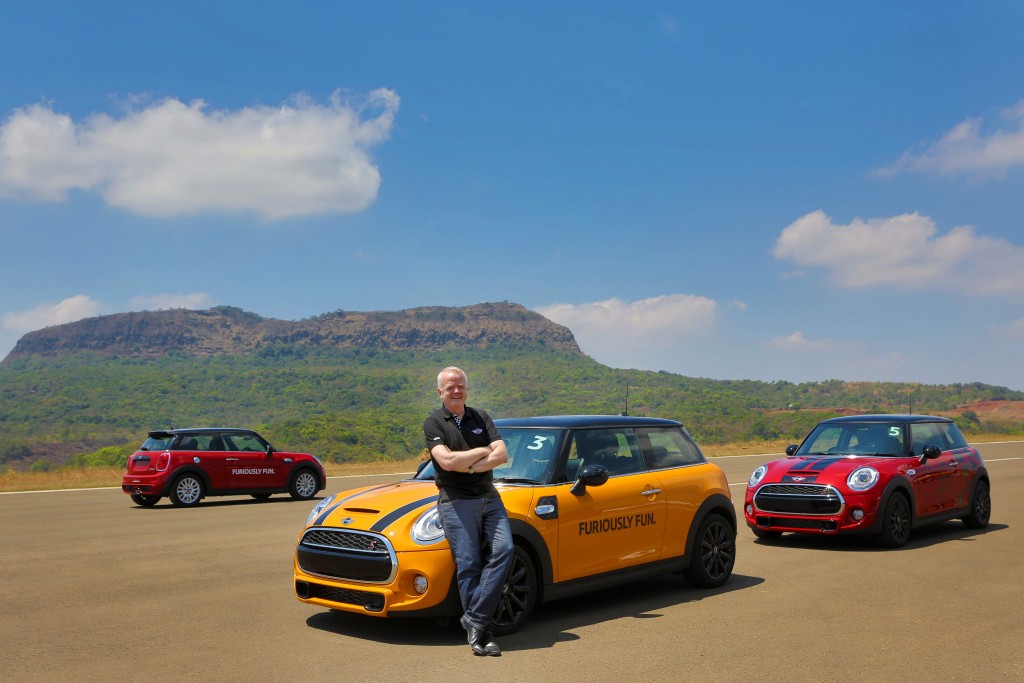 The MINI was made big by its size – or lack thereof. Everything about the new MINI too, has been designed to make it compact, agile and unmistakably MINI. Short overhangs and crisp proportions make the new MINI once again the greatest small car on the block.

The new MINI Cooper S impresses from every angle. The completely redesigned front grille boasts big air intakes and a black honeycomb-patterned grid specific to the Cooper S. On the back, the air outlet housing two fog lights is wrapped around the double exhaust tailpipes. Proud red S badges on the front grille and back make a clear athletic statement for the Cooper S. Lighting the way are newly designed headlights and rear lights with full-LED headlights available as an option. For the side indicators, new graphics and a new insert play a big role in giving the new MINI Cooper S it’s more mature look.

Scoring high on functionality and aesthetics alike, the interior of the new MINI Cooper S is every driver’s dream. Step in and feast your eyes on the revamped dashboard. All driving related displays such as the speedometer and rev counter are placed behind the steering wheel, directly in your field of vision. The centre speedometer has been replaced by the all-new MINI Central Display which shows car information and entertainment. Increased interior space and foldable rear backrest with adjustable tilt angle make for further advancements in the area of functionality.

With the all-new MINI Driving Modes you can change the car’s driving characteristics, interior lighting and engine sound to match your mood. You can switch to GREEN mode to save on fuel or dial it up to SPORT mode to test the speed and agility. If you want the best of both worlds, just leave it on MID mode and the vehicle will be on its best balanced behaviour.

A MINI isn’t just a car. It’s a MINI. That’s why it’s packed with features you won’t find in any other car out there. The new MINI Central Display is also your window to the outside world. A pulsating hub of infotainment, it is also optionally available in the 6.5 inch display or the whopping 8.8 inch widescreen version. When hooked up to your smartphone with the relevant apps, MINI Connected provides an endless stream of digital information and entertainment. Follow your friends on Facebook, tweet about your travel destination or check in on Foursquare when you get there.