MINI Countryman Cooper SD features the Cooper SD engine for the first time in India that delivers 190 hp and 400 nm torque. With superior handling, no city corner or hill climb is a challenge. The Panorama Glass Roof and Electric Seat Adjustment with memory further adds convenience and driving fun.

Performance data measured in the test done under controlled conditions of environment, fuel, etc. as per Central Motor Vehicle Rules, 1989.

Price prevailing at the time of invoicing will be applicable. Ex-showroom Price (inclusive of GST, incl. compensation cess) @ 48% as applicable but excludes Road Tax, RTO statutory taxes/fee, other local tax/cess levies and insurance. Prices and options are subject to change without prior notice. For further information, please contact your authorized MINI dealer or visit www.mini.in. 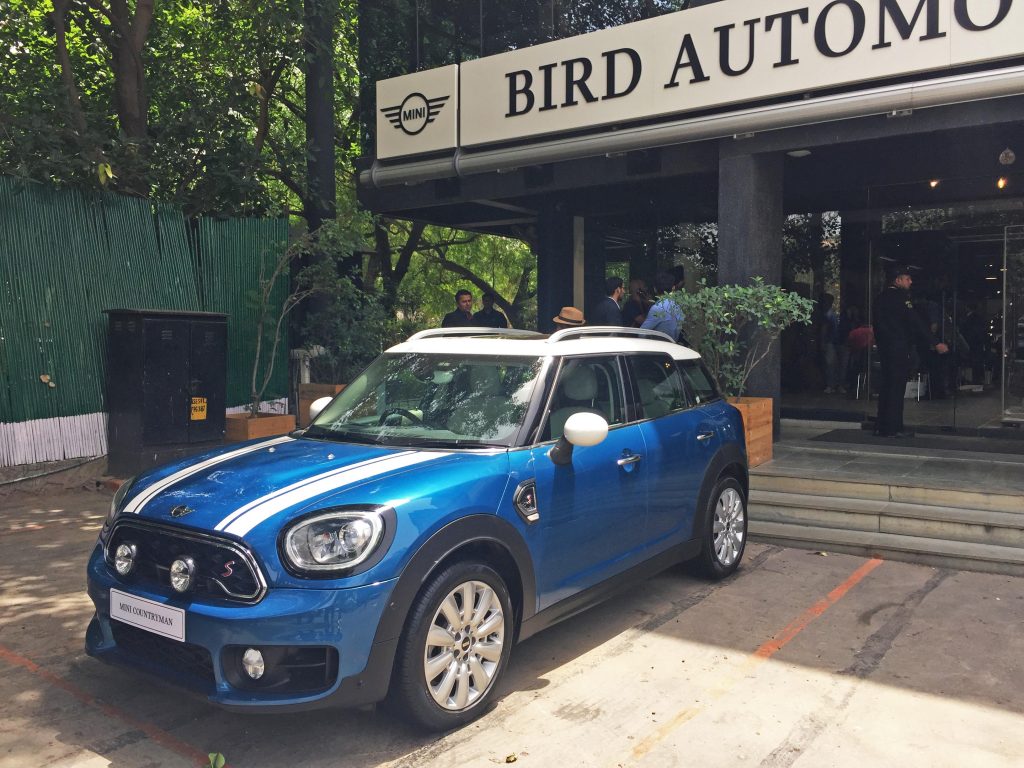 Exterior of the all-new MINI Countryman goes even further in versatility, agility and premium character. Its powerful proportions lend a particularly distinctive presence that combine iconic MINI design language with enhanced functionality. Precise contours on the surface underline the cars athletic shape and vertical orientation. Contrasting roof, upright rear lights, hexagonal radiator grille and large headlamps have undergone revolutionary development. The roof-rails in satin-finished aluminium are combined with silver-coloured side sill tops, thereby lending greater visual emphasis to the height of the car. The distinctive, slightly asymmetrically rounded contour of the LED headlamp together with the radiator grille produces a distinctive front view.

The interior blends modern aesthetics and refined craftsmanship with practical functionality. The typical MINI cockpit impresses with its clear horizontal structure, stretched lines and generously sized surfaces. The iconic circular central instrument panel is surrounded by an LED ring offering a brilliant colour display in 6.5-inch or 8.8-inch touchscreen. The intuitive use is complemented by the controller on the middle console for easy operation of multimedia, phone and car functions.

The electric seat adjustment with memory function now offers enhanced head and shoulder space for both the driver and front passenger. The three full-fledged seats at the rear make for ample and comfortable seating for rear passengers.

Using the cargo function, boot capacity can be increased from 450 litres to 1,309 litres by folding down the rear backrest with its 40:20:40 split. Park your all-new MINI Countryman at a scenic space and enjoy the view with the unique Picnic Bench that folds out of the luggage compartment to provide seating space for two while protecting your clothing with a fender dirt protection flap. Automatic Tailgate combined with Comfort Access System allows the boot to be opened and closed just by waving your foot under the rear fender.

The MINI Excitement Pack features LED interior and ambient lighting which illuminates the cockpit with a choice of selectable colours as well as projection of the MINI logo from the exterior mirror on the driver’s side when opening and closing the car door.

MINI Driving Modes enable an individualised vehicle set-up focusing on ride comfort, sportiness or efficiency, according to driver’s preference. In addition to the standard MID mode there is a choice of SPORT and GREEN mode. Driver Assistance Systems include Cruise Control, Park Assistant, Rear View Camera and Head-Up Display.