Power on the the Suzuki GSX-S750 comes from a 749 cc in-line, four-cylinder, liquid-cooled engine tuned to produce 113 bhp at 10,500 rpm and peak torque of 81 Nm at 9,500 rpm. The bike gets a 6-speed gearbox, while the suspension setup is handled by 41 mm USD Kayaba forks at the front and a seven-step pre-load adjustable monoshock unit at the rear. Braking duties will be handled by discs at either end of the motorcycle, along with Nissin sourced Anti-Lock Brakes (ABS).

The new GSX-S750 includes traction control, offering three levels of sensitivity that can be changed on the fly, via a mode button and rocker located on the left grip. The system can also be switched off (for unadulterated wheelie action) without coming to a stop, and your selected setting is retained for the next ride. 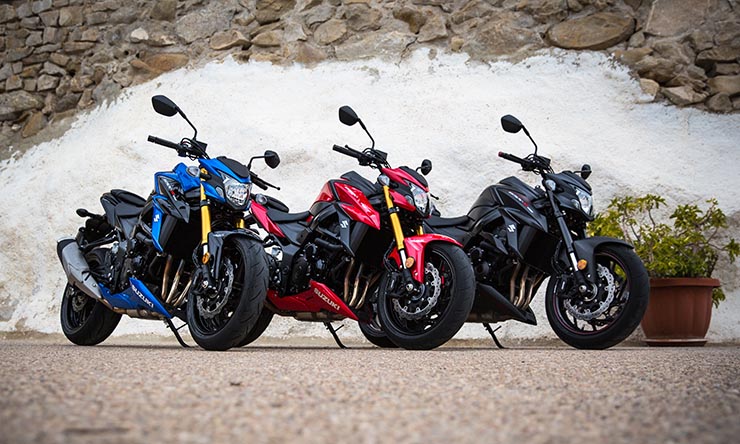 There are lots of great bikes on offer in the segment where the Suzuki GSX-S750 will play, such as the Kawasaki Z900, Triumph Street Triple S and even the Ducati Monster. But with a price tag of Rs 7.45 lakh (ex-showroom India), its toughest competition will be the Z, which offers more power, is lighter and can be had for a premium of just about Rs 25,000.