To be launched in the September-November period for INR 3-4 lakhs.

Renault India has unveiled the Renault Kwid in India, its first global launch to be held outside Europe. The car will be manufactured at the Renault-Nissan joint venture plant in Oragadam, Chennai, and launched in the Indian market in the September and November for a price between INR 3-4 lakhs. 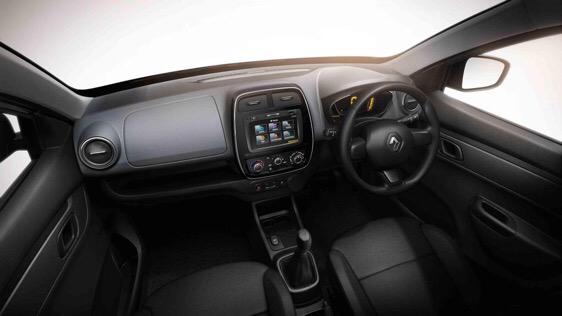 First car in class to get touch screen infotainment system.

The Renault Kwid will have best in class fuel economy and cabin space.

Talking about the Renault Kwid, Ghosn said that the car was robust, designed for active families. He also said that it was designed to be a game-changer.  The car wears a strong-looking Renault grille with rectangular headlamps and a muscular, squared-off design. The side cladding makes it look sort of like a small SUV from some angles and we believe that’s going to stand the car in good stead in showrooms. The high ground clearance and the strong wheel arches are all part of that design. Renault has stated that the car was designed in France and India. The company also went on to actually call it an SUV in the design presentation.

When it comes to what is on offer inside the car, Renault promises that the Kwid has room for five people and talks about an integrated infotainment system, including a 7-inch screen, bluetooth and more. This is the same MediaNav system that we have seen earlier in the Lodgy and the Duster. 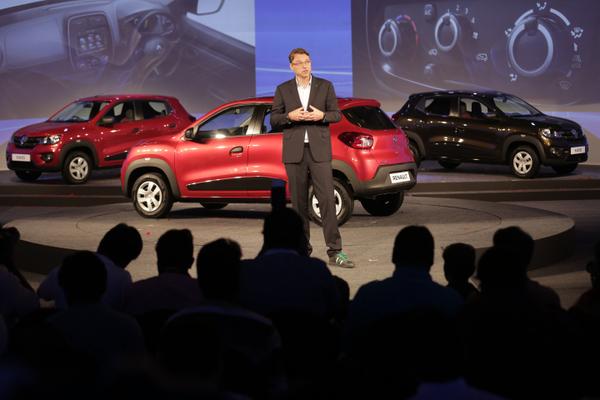