Porsche has extended its Cayenne range with the addition of the Cayenne Coupé – a version that features an all-new body shape, two different roof concepts and impressive performance. Launched at a showcase event held by Porsche Centre Delhi-NCR at its new showroom in Gurugram, the model shares the same technical attributes as the successful third generation Cayenne, meanwhile its sharpened proportions and dramatically sloping roofline gives it a more athletic appearance. Two derivatives are now available for customers to order, this includes; the Cayenne Coupé and Cayenne Turbo Coupé. 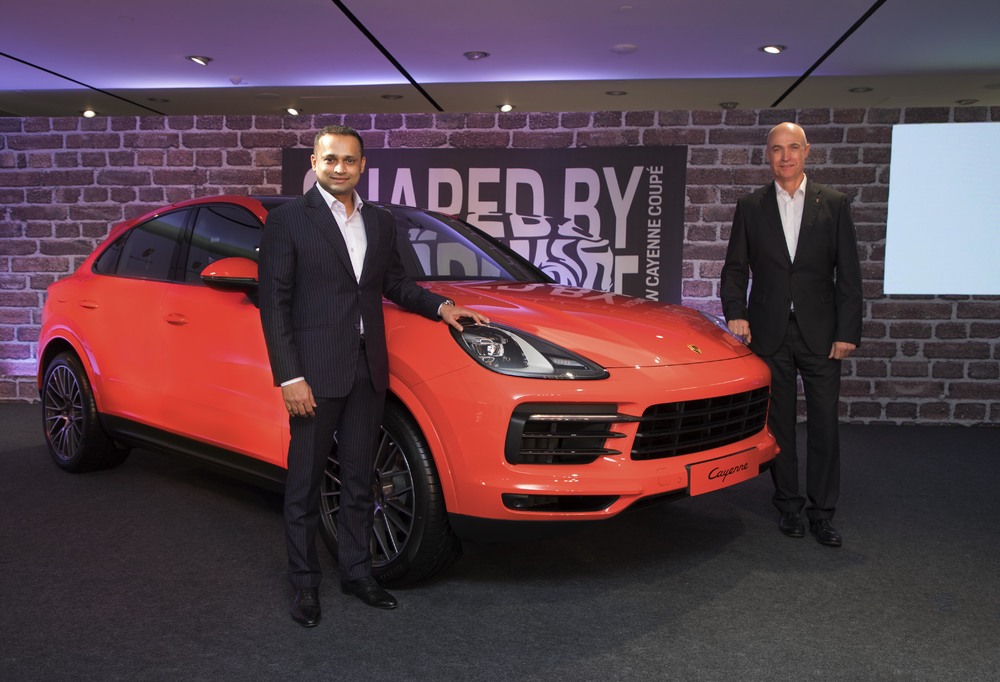 With the exception of the front end, all other body parts of the latest model have been completely redesigned and redeveloped. The significantly steeper roof line makes it more dynamic and positions it as the sportiest-looking model in the segment. Reformed rear doors and wings broaden the shoulders of the Coupé by 18 millimetres, contributing to an overall muscular impression. The rear number plate is integrated into the bumper, making the vehicle appear closer to the ground.

The carbon roof is available in one of the three lightweight sports packages. These packages also include the Sport Design features and new, weight-reduced 55.8 cm (22”) GT Design wheels, seat centres in classic checked fabric, as well as carbon and Alcantara accents in the interior. For the Cayenne Turbo Coupé, the package also includes a sports exhaust system.

On each Cayenne Coupé model, a fixed roof spoiler is combined with the new adaptive rear spoiler as part of Porsche Active Aerodynamics (PAA). The spoiler is integrated into the vehicle silhouette and extends by 135 millimetres at speeds of 90 km/h and above, increasing the downforce on the rear axle and thus enhancing driving stability.

Achieving a top speed of 243 km/h, the Cayenne Coupé is driven by a three-litre V6 turbo engine with an output of 340 hp and a maximum torque of 450 Nm. The model accelerates from zero to 100 km/h in 6.0 seconds, with the figure dropping to 5.9 seconds if one of the three optional lightweight sports packages has been chosen.

The top-of-the-range Cayenne Turbo Coupé features a four-litre V8 engine with twin-turbo charging, resulting in 550 hp and maximum torque of 770 Nm. A zero to 100 km/h sprint is achieved in 3.9 seconds, alongside a top speed of 286 km/h. All Cayenne Coupé models is mated to Porsche’s eight-speed Tiptronic S gearbox. 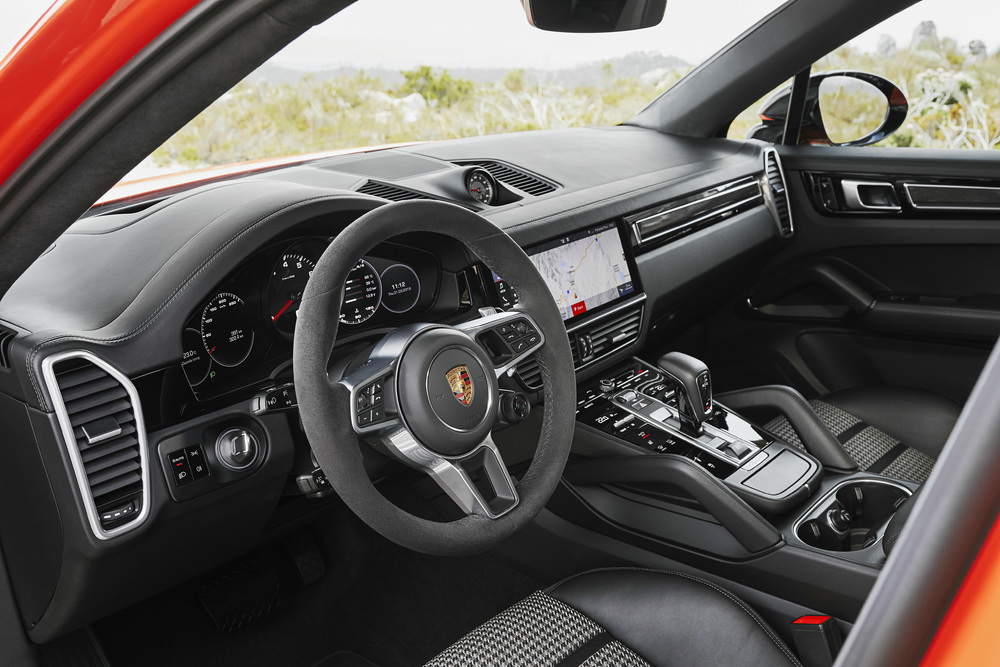 Cayenne Coupé includes new eight-way electrically adjustable sport seats with integrated headrests at the front. Rear passengers sit 3 cm (1.18”) lower than in the Cayenne to offset the effects of the lower roofline. Instrument cluster comes with two 17.78 cm (7”) full-HD displays designed to show a wide range of information, manageable via the multifunction steering wheel. Featured prominently in the centre stack, a 31.2 cm (12.3”) full-HD touchscreen offers access to operate a range of settings and functions in the vehicle.