After a couple of previews, Mercedes-Benz has officially taken the wraps off the Concept GLC Coupe set to premiere tomorrow at Auto Shanghai.

Described as being a “near-production-standard study”, the GLC Coupe represents Mercedes-Benz’s belated answer to the BMW X4 which will likely see the light of production day sometime next year. It is based on the second generation GLK (set to be renamed GLC) and from what we can see in these official images it will look more or less like a miniature GLE Coupe.

The vehicle is 4.73 meters long and features a 2.83-meter wheelbase while the large 21-inch alloy wheels make it look more imposing. It benefits from full LED headlights and wears a solar-beam paint combined with matte gun metal plastic body cladding to increase the crossover’s ruggedness. The sloping roofline enables the Concept GLE Coupe be just under 1.60 meters tall while the recessed door handles make it look sleeker.

Mercedes-Benz says the concept’s rear end has “distinct coupe heritage” and comes with stacked quad stainless steel exhaust pipes along with LED taillights in the same vein as its bigger brother, the GLE Coupe. 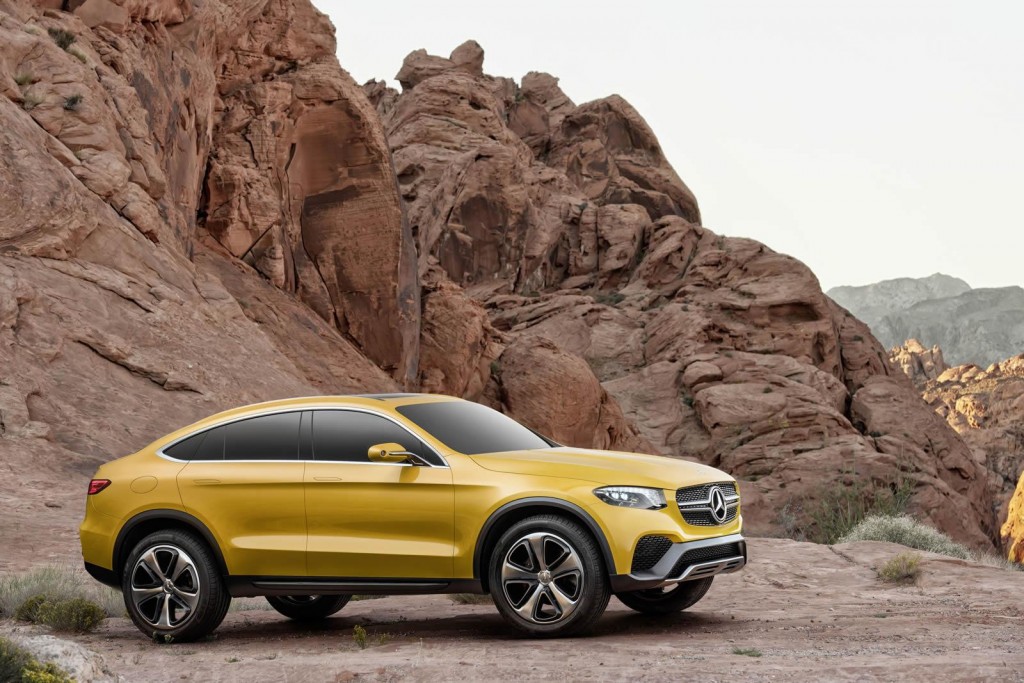