BMW’s seventh-generation 3-series sedan teaser image was officially revealed to boost the interest of the public, as it is yet to be unveiled internationally on October 2nd, at the 2018 Paris Motor Show.

BMW haven’t revealed much, apart from the teaser image, but it is believed that the so called sports sedan (G20) is powered by what seems like the most powerful variant, which is speculated to be a turbocharged six-cylinder 3.0-litre engine that will deliver 360 to 370 horsepower to the rear axle or through an xDrive all-paw setup. An 8-speed automatic transmission comes standard while a limited-slip differential comes as an option.

A drag coefficient is confirmed to be 0.23 – and this makes the all-new 3–series one of the most aerodynamic sedan ever which should result in good fuel economy. In order to better the overall efficiency, the BMW has shaved-off 55 kilograms (121 pounds), although not all variants will be shredding this amount of weight. 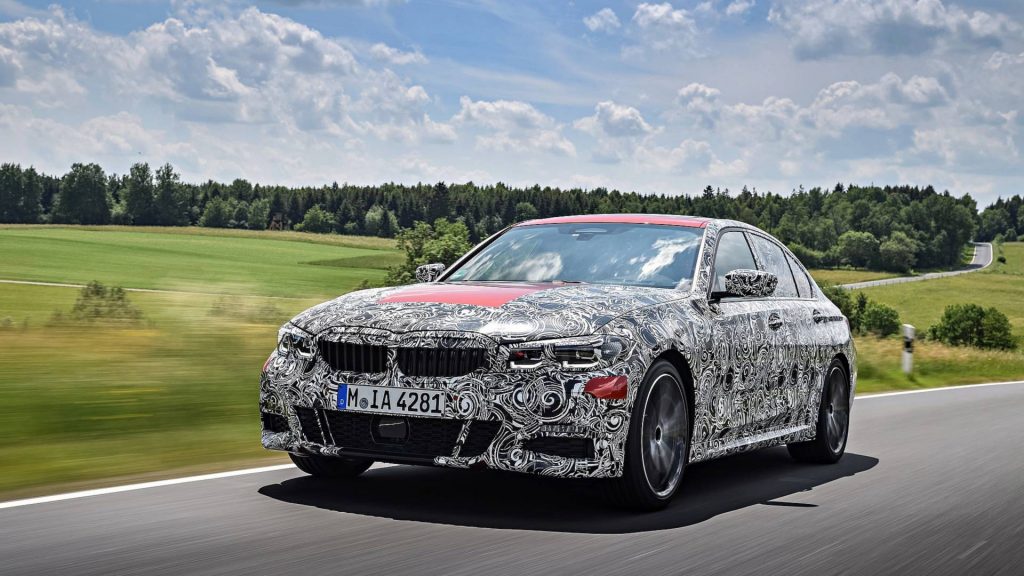 BMW did also mention that the new 3-series will get wider tracks and an M sports suspension with a reduction in ride height by 10 millimeters, as an added option. BMW will also have on offer the most powerful 4-cylinder engine ever produced for production. It comes to light, that the engineers have done a great job pushing the limits of the car by increasing the rigidity of the body and suspension.

BMW also promises a new damping to ease the ride while going over bumps or through sharp corners. The new 3-series comes with 18-inch alloy wheels and also gets a precise steering system with a 50:50 weight distribution.