Ever since founded in 1909, Bugatti has been notorious for uncommon vehicles that are faster and world-beaters and no body would even come close to them in terms of performance. The successor of Veyron, Chiron, offers nearly 50% more power than supercars such as the McLaren P1, and a top whack of over 260mph.

A main rival for the Chiron comes from Swedish hypercar maker Koenigsegg as the Agera RS is almost identical to the Bugatti in terms of performance, yet costs half a million pounds less. Both cars were on news recently for breaking production car speed records – but which one takes the crown?

The Bugatti Chiron is powered by an 8.0-litre quad-turbo W16 engine that delivers 1,479 bhp and 1,180 lb-ft of torque – 300 bhp and 80 lb-ft more than its predecessor, the extreme Veyron Super Sport. Drive is sent to all-four wheels through a seven-speed dual clutch gearbox, while a torque vectoring system manages power distribution.

It aids the 1,995 kg hyper machine to generate more grip in corners by reducing the understeer. Right off the factory, the Chiron has a limited top speed of 261mph but that could increase at a later time of its lifespan. On the other hand, the Koenigsegg Agera RS features a mid-mounted 5.0-litre twin-turbocharged V8 motor that outputs 1,160 bhp and 1,735 lb-ft of torque at 4,100r pm. 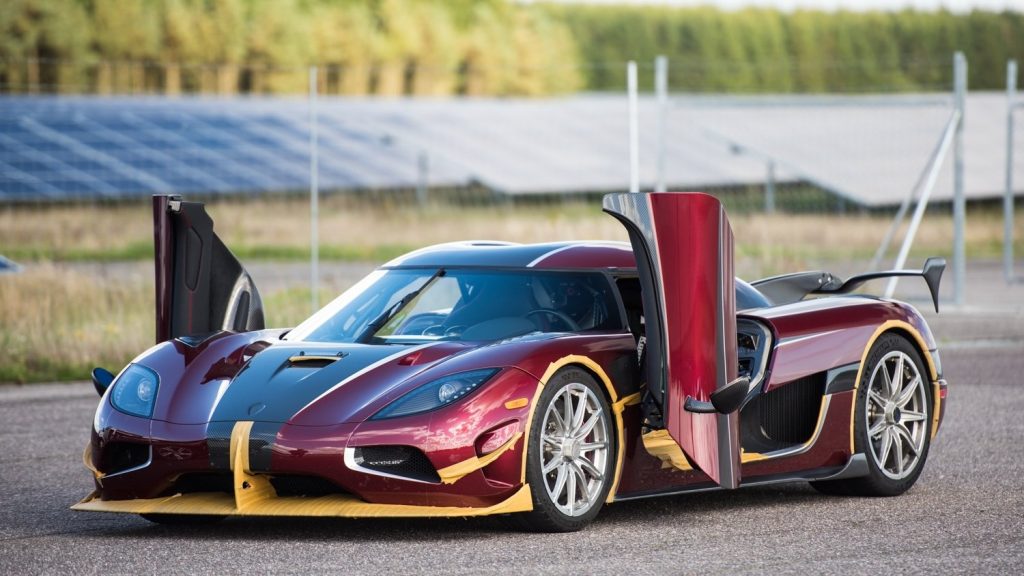 As similar to the Chiron, the Agera RS gets a seven-speed automatic gearbox but power is only sent to the rear axle. Tipping the weighing scale at just 1,395 kg, the Agera RS is also a massive 600 kilos lighter than the nearly French hypercar and it makes a whole lot of difference.

Make no mistake, as the Agera RS is the more hardcore and track-focused vehicle of the two with everything aimed at increasing performance. It comprises of slew of lightweight carbon fibre winglets, to generate huge amounts of downforce, high-tech active rear spoiler to either increase the car’s grip around corners or to help achieve a greater top speed.

On the inside though the Chiron excels as the Agera RS comes with infotainment system with satnav and an MP3 player built in, a USB connector, switch to raise and lower ride height, etc. The Bugatti Chiron is packed with luxurious interior with high quality materials, exquisite finishes and touches explaining the added weight comparatively.

The Chiron gets a traditional analogue speedometer and pair of TFT (Thin Film Transistor) crystal displays on either side of the speedo among several other entertainment and connectivity elements. The Chiron, with Juan Pablo Montoya behind the wheel, completed 0-400-0 in 41.96 seconds and set the world record.

Despite boasting with a 42 numbered limited edition Chiron at the Frankfurt Motor Show, its record short-lived as Koenigsegg did the same feat five seconds quicker than the mighty Chiron. The latter is expected to go the next step and go for production car top speed record, currently held by Hennessey Venom at 270 mph, in the near future.