The comparison between a Formula 1 race car and a Formula E machine is like pitting David against Goliath. The F1 cars have been around for more than six decades while the FE cars are still in their learning phase but have been constantly improving in terms of electric powertrain packaging, speed and ability to do longer runs. 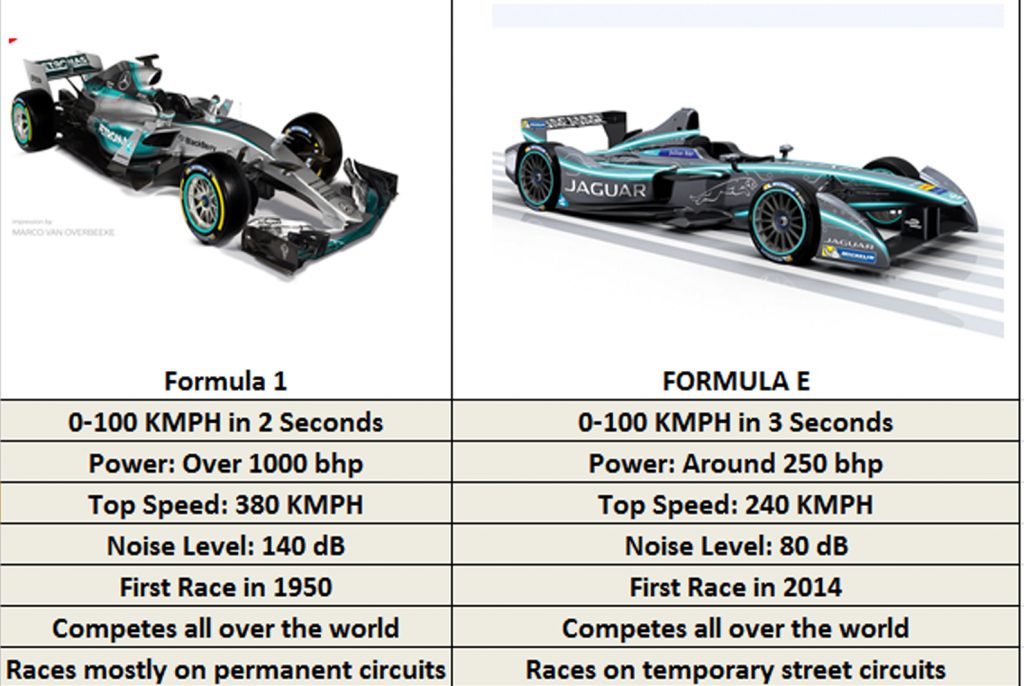 Formula 1 took down its barriers of ferocious V8s and introduced the 1.6-litre hybrid turbocharged engines in 2014 and despite the negative response and underwhelming noise levels, the spectators and people in the paddock itself have got used to it as much as Mercedes’ domination. 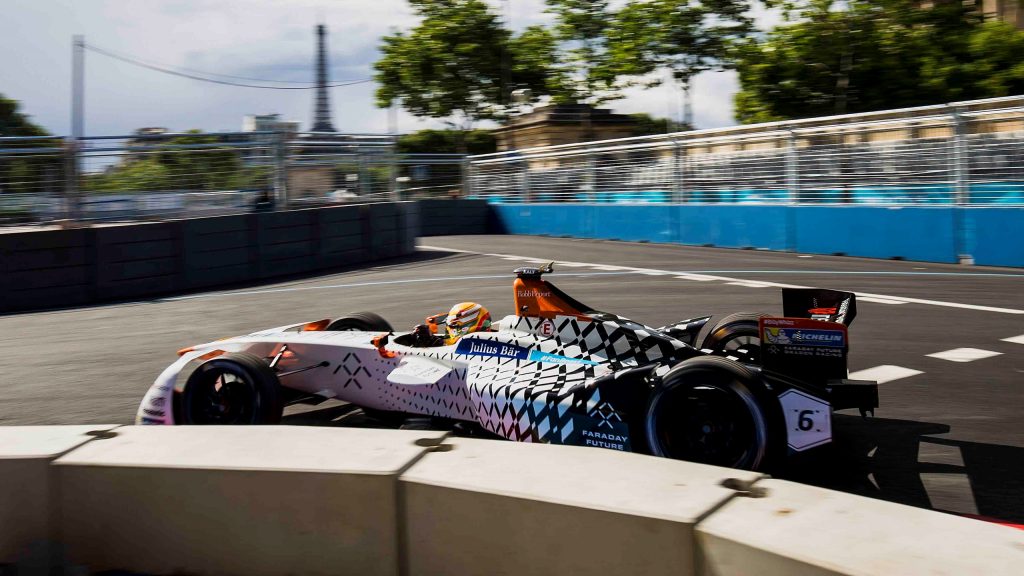 Amidst the fuel flow limit laws, the clever engineers in F1 have managed to use the hybrid and KERS system to full effect as the combined output with the turbo engine can now be up to or over 1000 bhp. Furthermore, with lowered wings, better aerodynamics and fatter tyres, the cars in current season are lauded by drivers as one of the most ‘on-the-edge’ racers in recent times. 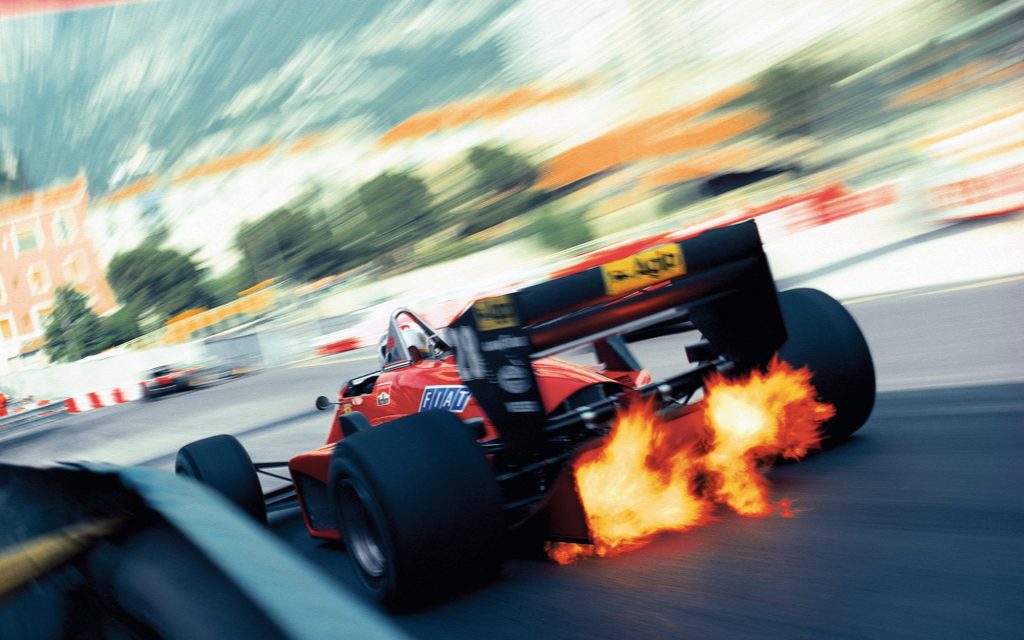 Formula E may not have the speed of F1 but it does have the big names in motorsport like Dallara, McLaren, Williams, Renault and Michelin as part of creating the series one way or the other technically. The team owners too are rich celebs like Leonardo di Caprio, Richard Branson and Alain Prost.

Apart from the fact that FE is innovative and people can have fun with family during the weekends as number of recreational events arranged during the course, it has won over hearts of F1 fans in aplenty as well. It is the biggest success of this electric racing series as fans are adopting to a newer environment.

It also has a big social media as fans are engaged with the introduction of Fan Boost. Moreover, the races are contested at the heart of some big cities around the world as street circuits are temporarily made to grab attention. It also has Chinese and American influence that F1 failed to deal with by a large amount in the last few years.

Make no mistake about it, Formula 1 cars can nail the Formula E cars in any given moment at any race track but as the future is supposed to be electrified and all-green the FE carries more significance for automotive manufacturers to implement whatever learned on track straight on to the road car development. Therefore, it will ultimately give birth to EVs with better driving range as well as performance in the years to come.