Datsun Redi-Go: 5 reasons why it could be the new segment-buster

You could almost say that the Datsun brand is now back in the ring, stronger than ever, especially with their newest little offering: the Redi-Go. The previous two models: the Go and Go+ didn’t really succeed in proving their mettle, simply due to the fact that the cars did not offer what the Indian consumer aspired for in a segment that has rivals like the Alto, Eon and Kwid in sight. Let’s delve a little deeper into the Redi-Go’s talents to see if it’s got ‘X-factor’.

There’s no denying the fact that the Redi-Go is quite a looker. Some think it’s cute and chic; some stylish – and the younger crowd would end up deeming it ‘sexy’. Bold creases give the little hatch a relatively muscular outline; the headlamps sweep sideways and upwards; the distinctive tail lamps are very likeable – and the skid-plate elements give the car a crossover-like stance. The Redi-Go also manages to boast of the then Santro’s tall-boy appeal – something Indian buyers are definitely going to consider when buying a budget car. Its design – by and large – will be loved by people from different age groups, and that’s going to be the little car’s upper-hand.

The Redi-Go also manages to boast of the then Santro’s tall-boy appeal – something Indian buyers are definitely going to consider when buying a budget car.

2)Because the long-legged folk will be comfy inside

The cabin looks very pleasant, thanks to the blend of beige and grey plastics. We liked the angular flow of lines on the dashboard, making it very appealing, with the advantage of cubby holes; the centre console gets a piano-black finish and a triangular AC vent. The steering feels nice to hold, with a familiar instrument cluster. Seat fabric used is considerably good, but a lack of sufficient bolstering makes it rather flat to sit on, as expected in a car of this segment. But the seating is upright, both – in the front and rear, with ample headroom and legroom for the occupants. Boot space is impressive at 222 litres, making swallowing suitcases and soft bags a piece of cake. Features include an audio system that employs a CD player, aux and USB input and radio. Hopefully, Datsun will bring in a touchscreen unit – as seen on the Kwid – sooner or later. The top-end model also gets a driver’s airbag, front power windows, wheel caps, DRLs and of course air-conditioning. Let’s also hope the base variants aren’t too bare to buy. 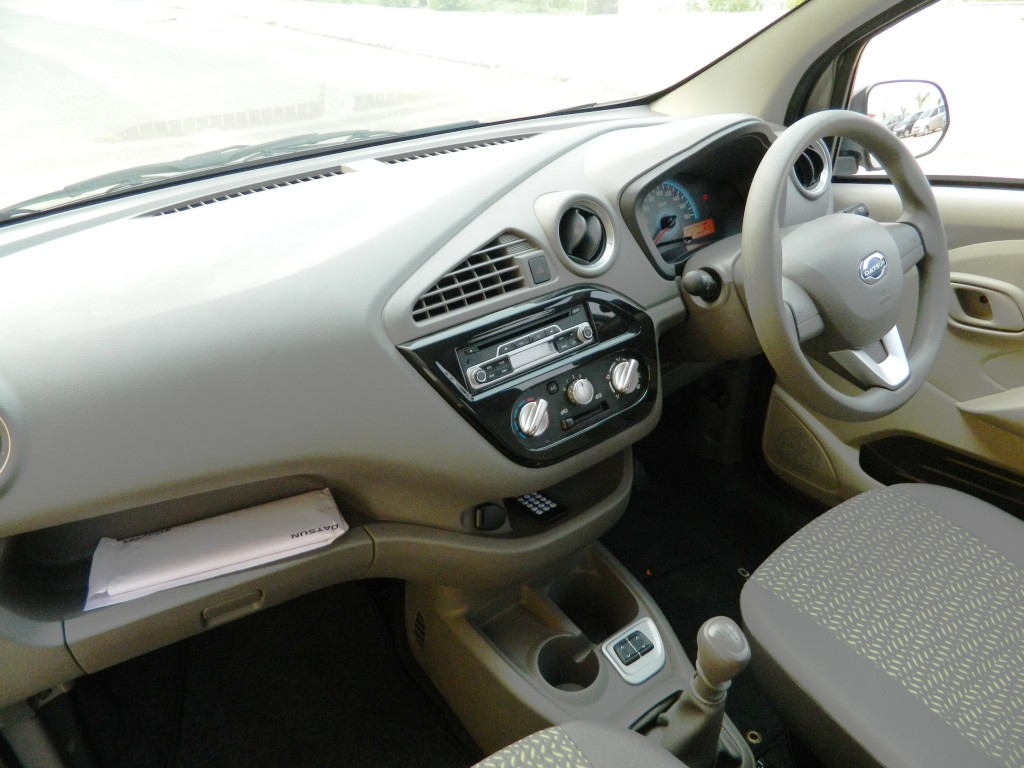 3)Because it’s as zealful as a little puppy

Under the bonnet resides the Kwid’s 54bhp 799cc motor that produces 74Nm of torque, albeit with a few tweaks for improved fuel economy. Mated to the engine is a 5-speed gearbox that isn’t particularly light to shift, but we aren’t complaining. Start the car – and you’ll instantly notice it shudder quite a bit with a typical 3-cylinder thrum. As you start to build up pace, however, it settles down and makes for a smooth experience when ambling along. Compared to its rivals, we found the engine a bit coarse, particularly when pushed hard, but peppy nonetheless. Also expect a fuel efficiency figure of 25kpl.

The steering although lacking the connect to the road, feels light to steer, making manoeuvring the car a doddle in traffic, and in tight parking spots, thanks to its compact dimensions and turning radius of just 9.46m. At high speeds, it does feel stable, but it isn’t confidence-inspiring due to the tall frame. Taking in pot holes does result in some rattle and bobbing, with the ride quality a bit on the firm side.

It’s Japanese, they say. But a Japanese car made in India, mind.

5)Because pensioners will be able to buy one

It’s Japanese, they say. But a Japanese car made in India, mind. At a suspected price range of Rs 2.5-3.8 lakh, the Redi-Go will have one too many fans in an already popular segment that has buyers flocking to buy the competition. The little Datsun is not what you think it could be, yet you could expect it to be everything the other cars are not: great value, a nice looking car, peppy – and yes – tall, unlike the rest. No doubt, the market still has to get familiar with the brand, but that’s where a product as good as the Redi-Go will do the talking. 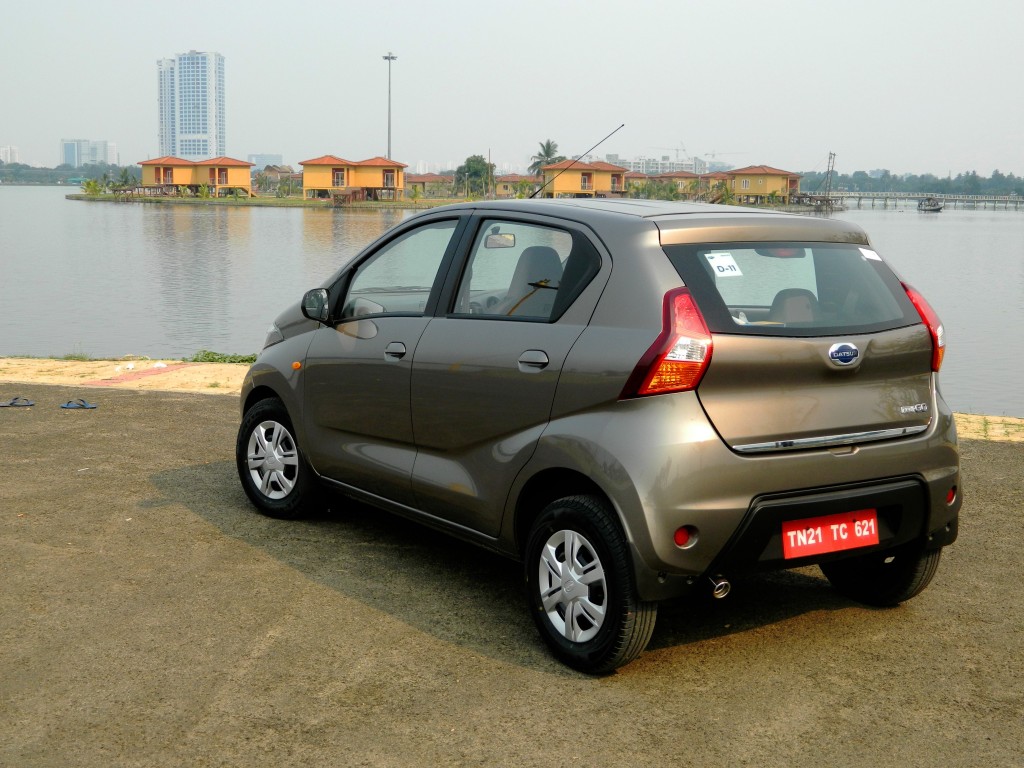