One of the world’s oldest and largest automakers, General Motors couldn’t ‘Find New Roads’ in India…

With dwindling domestic sales, the top honchos at GM decided to halt sales of its models in the Indian market by the end of 2017, and focus only on manufacturing vehicles for export.

For the Detroit based company, which has been in India for over two decades, it was not an easy decision. It is the result of a comprehensive review of future plans for GM worldwide. India is not the only market where GM pulled the plugs but in South Africa too as a part of their de-risking strategy.

Started in 1995, GM has been manufacturing at Hindustan Motor’s plant in Gujarat through a JV and was retailing its Opel brand before replacing it with Chevrolet. GM has given India some interesting products during their operations in India, something like the SRV which even today, no other manufacturer would think of!

But GM has announced that they will continue to manufacture its cars at their Talegaon plant for export to Mexico, Central & South America.The GM Technical Centre India (GMTCI)in Bangalore, India that does engineering and design is unaffected by the announcement.

GM was holding the top spot in the world for several decades but around two decades of operations with 18 models in India, GM couldn’t have a crack at the Indian Market. While late entrants like Renault were able to get two sales blockbusters, GM still holds a very negligible share in India.

So, where did GM loose traction?

Products? Think about this, Chevy has a compact hatch that tops JD Power survey for Quality every year, a mid size hatch that has won a lot of design awards, a no nonsense entry level premium hatch and a sedan, two MPVs that serve their purpose well, a diesel rocket in the executive sedan segment, a very capable SUV! So, GM is present in almost all the segments except for the ever growing Compact SUV and a C-Segment sedan space.

Outlets? GM has a dealership network which covers almost 170 cities in the country which is definitely a good number to have!

So, what is wrong?

Ok. Let’s make this simple. Which was the last product from GM that made you go crazy? It’s a no-brainer, the answer would either be a Beat or a Cruze.

No other car from GM gave us that excitement! Even the (No-Upgrade-Facelift-Only) Beat and Cruze doesn’t create any excitement among us now. Let alone the products, even the brand ‘Chevrolet’ doesn’t put anything in our minds (except the fact that they are leaving India)! So, you love driving? Buy a Fiat. Want mileage? Buy a Maruti. Want reliability? Buy a Toyota…. Why does one need to buy a Chevrolet? I don’t think even Chevy has an answer for this question!

All that we can do now, is to look back at some of the forgotten and soon to be forgotten models under Opel and Chevrolet! Here are a few of the 17 models that General Motors launched in India over the past 23 years that we would like to commemorate.

Launched in the mid 1990s, the Astra was one of the interesting cars that the early Indian market had seen. German built quality, comfortable interiors, a rev-happy engine and a clean, executive look, the Astra was one of the cars that the youth of those days aspired to own. Unfortunately, the Astra didn’t receive the expected response due to strong competition from Mitsubishi, with the Lancer and Honda with the City. We can’t forget the Astra Club that came with a Sunroof, can we?

There were not one but four Corsas  -Corsa (Sedan), Corsa Sail (Hatchback), Corsa Sail Sport (Hot Hatch) and Corsa Swing (Station wagon). Again the products either had very strong contenders or the market wasn’t ready for the product!

When other manufacturers were trying to understand the Indian Market in lower segments, GM launched the Vectra with a price tag close to 20 lakhs which was presented as a poor man’s Mercedes. Ahead of its time, it was a powerful luxury sedan with a fancy Interactive Driving System. The Vectra also brought in ABS, CSC, EBD, etc. The electronics itself turned against it and wrote the fate of the car!

Among the slew of manufacturers who tried to crack the Indian small car market, GM was one of the decently successful ones with the Spark. Though the hatch had a similar design of the Matiz, it tried hard to fight against the Wagon R and Santro. The product was decently successful initially but GM couldn’t maintain the momentum for long.

I still remember the days when the Beat was launched and I would go gaga when I see a Beat on our roads. I, for one, thought that this will be a game changer and from thereon only stylish models would succeed in our market. It was compact, stylish and premium for its segment and received a very good response.

GM launched the Tavera, a re-badged Isuzu, right when there was a growing demand for MPVs in our market. The Tavera was priced well, built well, had a lot of space and it became an instant hit. This may well have been one of GM’s biggest success stories in India. If not for the emission scandal that put sales of the Tavera on hold, it would have been selling more than what it was selling in the past few months!

Can you ever imagine a large, powerful hatchback in our market? (No. I am not taking about the S-Cross here.) The SR-V was essentially an Optra Hatchback without a boot. We know what the Optra was capable of. But the high asking price killed the car.

The Optra Magnum was placed between the C and D segment with a powerful diesel engine. It was one of the most powerful cars under 10 Lakhs but the car didn’t have much to attract the customers other than the engine itself and so GM pulled the plugs to focus on the Cruze.

Another interesting product is the rebadged version of the Subaru Forester which was introduced in the early 2000s. It was very unique and stood out from products that were in our market at that time. Unfortunately, we didn’t want to stand out from the crowd and so, the Forester was left alone.

Masculine looks, a powerful diesel engine, a futuristic cabin, stylish interiors, sporty dynamics, the Cruze had it all. The Cruze then became a favourite for enthusiasts and earned the name – a Diesel Rocket, which it truly was. When other competitors took notice and upped their game, GM stood still and didn’t give the Cruze the attention it deserved. Technically, GM killed the Cruze themselves.

The Captiva is one of the best soft-roader SUVs in India with the right price and features that the customers in that segment demanded. The Captiva was decently successful but the fierce competition from the Toyota Fortuner left the Captiva in the dust.

In 2015, Mary Teresa Barra, CEO, General Motors announced their plan to invest $1billion to not only increase manufacturing operations but also launch 10 locally produced models. Come 2016, we saw some interesting concepts from GM during Auto Expo 2016.

Here are some of the models displayed at 2016 Auto Expo: 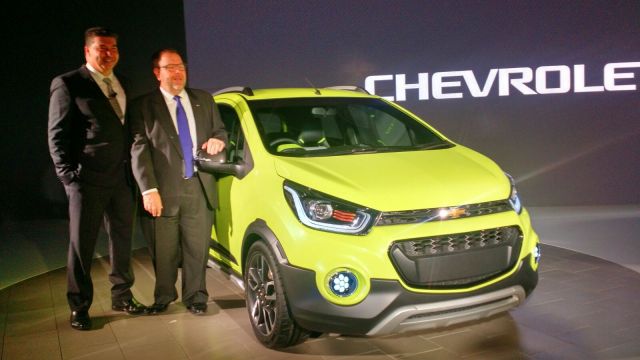 A heavily reworked version of the International Beat for India with some tough looks. 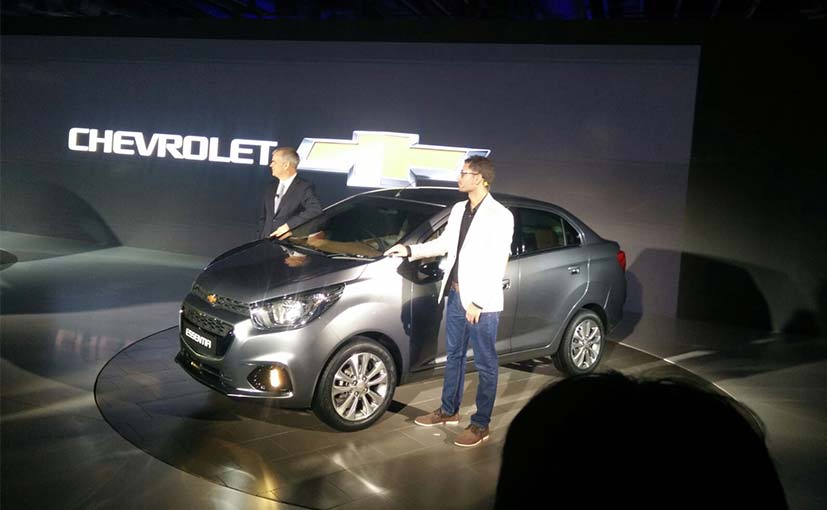 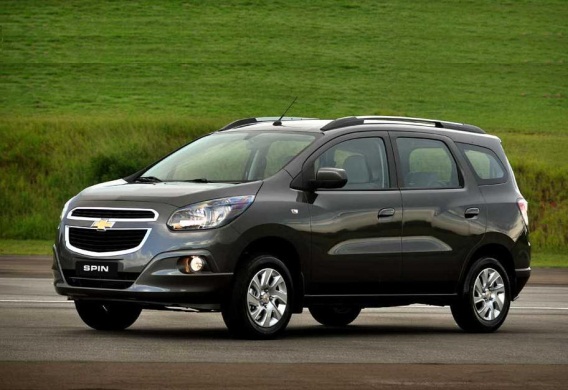 A direct competitor to the leader in compact MPVs, the Ertiga.

Well. We expected the international spec Cruze and this was definitely disappointing.

Apart from these India-centric products, GM also showcased a bunch of other exciting models from their international line-up, like the latest generation Corvette, Camaro and Colorado pickup. Although we were very certain that these models wouldn’t make it to our shores, it was a surprise the new Beat and Essentia also didn’t, even though they were spotted testing in India! 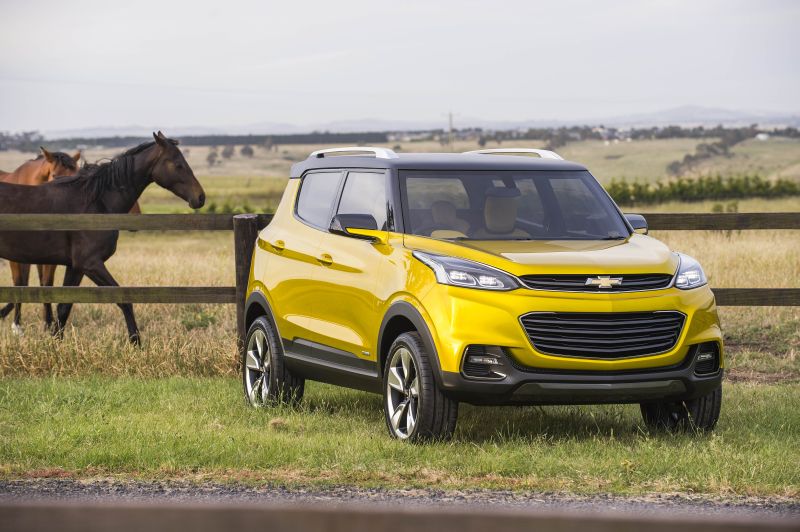 Wait! Where is the Adra Concept that was shown in Auto Expo 2014 slated to launch in 2017?

As a prospect / a customer of Chevy, how will it affect you? 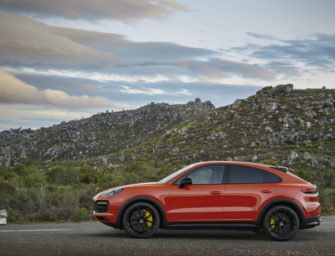