Skoda Kodiaq launched in India: All you need to know

The SUV aptly gets its name from an Alaskan bear as it appears brawny and rather huge. But don’t mistake it for being a hardcore off-roader; the Kodiaq is more a luxury SUV for families than a dune-bashing machine. Tight lines and solid, muscular panels give it proper SUV appeal. It’s based on the MQB platform that underpins the new Superb. LED Adaptive headlamps, fog lamps and tail lamps all add up to it being a smart looker.

Under the bonnet lies a 2.0-litre diesel engine that produces 150hp and 340Nm of torque. It send all this power to all four wheels via a 7-speed dual clutch automatic gearbox. Skoda claims a fuel economy figure of 16.25kpl.

The dashboard design is classy and quintessentially upmarket; it features gloss black trim running the length of the dash, sporting chrome-ringed AC vents and an 8.0-inch touchscreen unit that consists of Android Auto, Apple CarPlay, Google Earth and Wi-Fi. 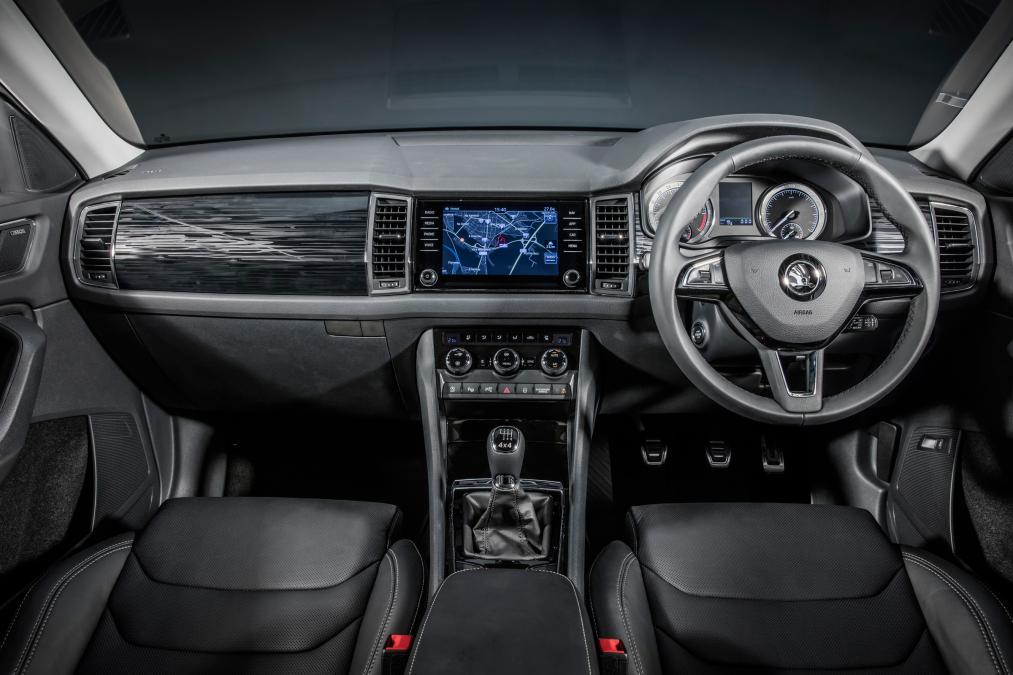 A host of features include 360-degree cameras, Emergency Assist SOS function, door edge protection ,a handy magnetic flashlight that can stick to the body when in need of changing a tyre or something of the sort, electric front seats, sleeping headrests (specially designed to prevent your head from rolling off the cushion when napping) and a hands-free boot opening function, also seen on the Superb. The second row of seats split 60:40, reclines and slides as well. Unfortunately however, the third row is a bit of squeeze and can accommodate children or adults with small frames. A 270-litre boot capacity with all rows up, make it a really good deal.

Despite its 2791mm wheelbase, the Kodiaq – when viewed in person – is pretty compact. Skoda feels that this will help making it easier to live with as a family car. 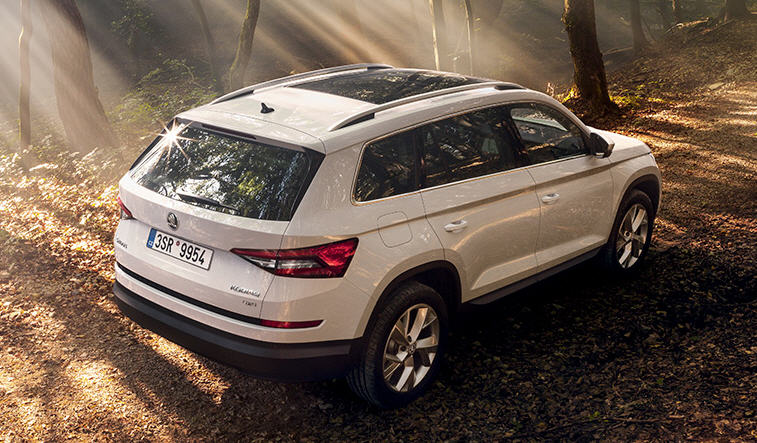