Audi has taken the wraps off the TT clubsport turbo concept heading to this month’s Wörthersee. 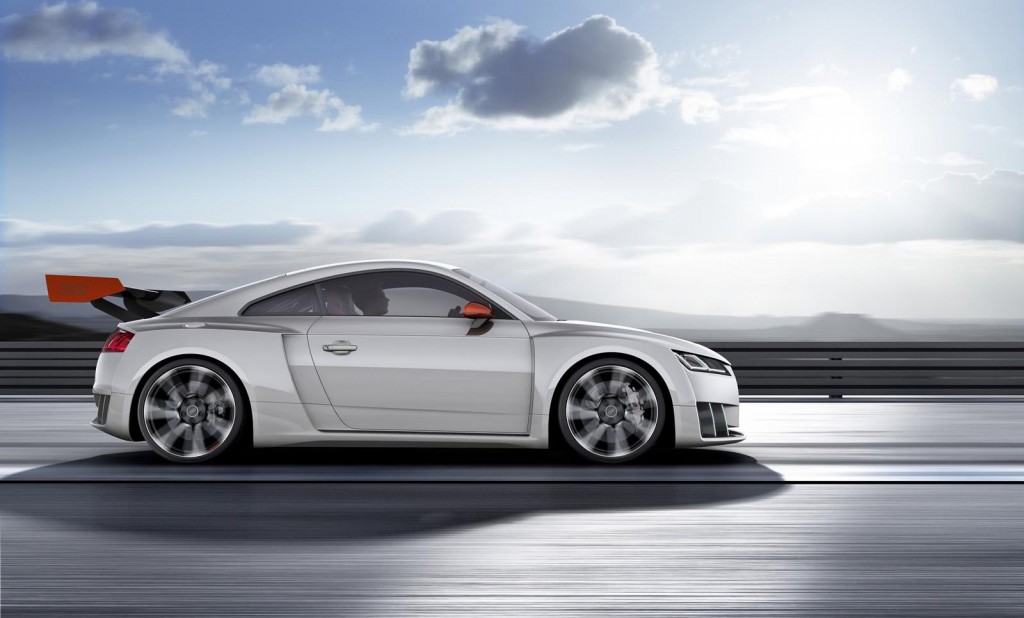 Don’t hold your breath for a TT-RS equipped with this engine because that won’t happen, but development chief Ulrich Hackenberg describes the technology as being “close to production readiness.” This electrically powered compressor revs up to maximum rpm very fast and will continue to boost charge pressure when there is too little drive energy available in the exhaust gas for the regular turbocharger. This has allowed the engineers to tailor the conventional turbo to higher charge pressures, thus increasing engine power while the e-turbo’s “spontaneous response” grants “powerful sprints from low engine speeds at all times.” 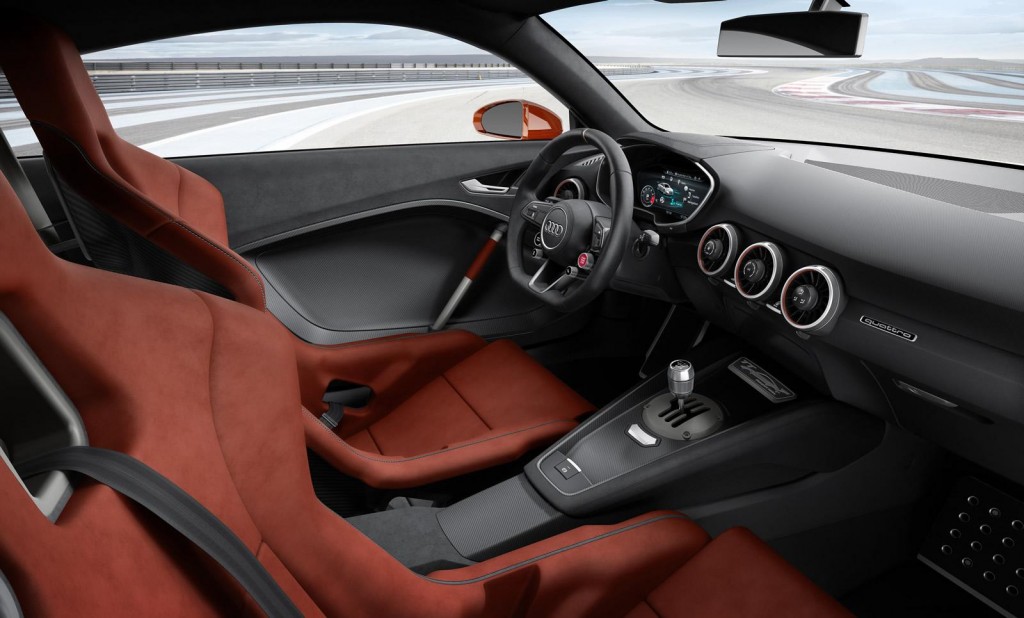 Tipping the scales at 1,396 kg (3,077 lbs), the Audi TT clubsport turbo concept comes with a six-speed manual transmission sending power to a permanent quattro all-wheel drive system. It rides on 20-inch six twin-spoke alloys featuring a bi-color look and wrapped around in 275/30 tires. Stopping power is provided by carbon fiber ceramic brakes which on the front axle measure 370mm. 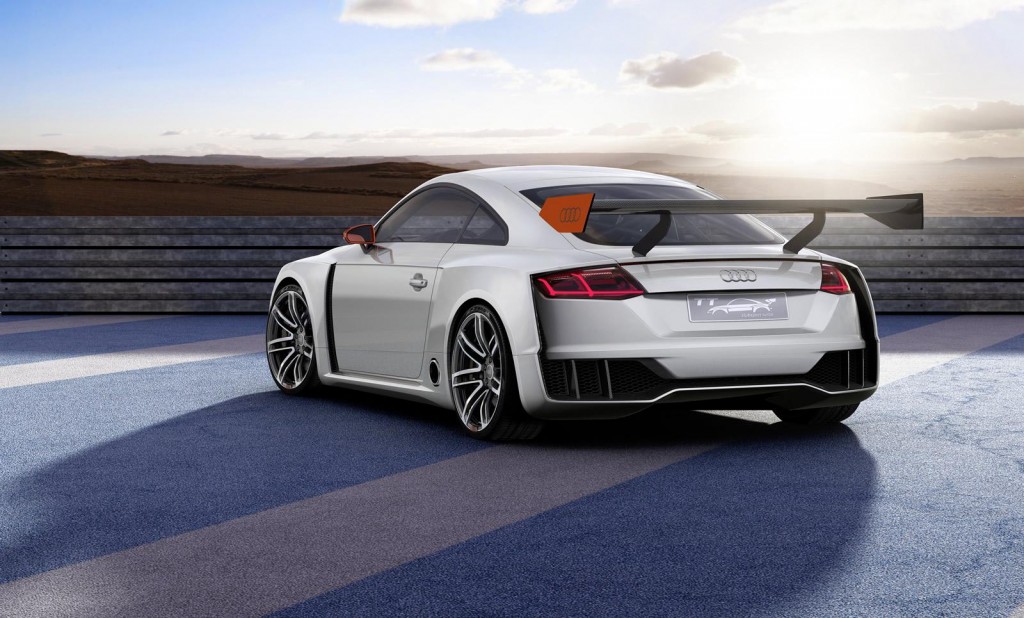 Compared to the regular TT, the concept is 14 cm (5.5 inches) wider and also comes with a manually adjustable rear CFRP wing developed from the Audi Sport TT Cup. On the inside it has a protective cage made from ultra-high strength titanium tubes while the lightweight race-spec bucket seats feature a four-point harness. Carbon fiber reinforced plastic, black Alcantara and coral orange Alcantara round off the interior tweaks of this very special TT concept. 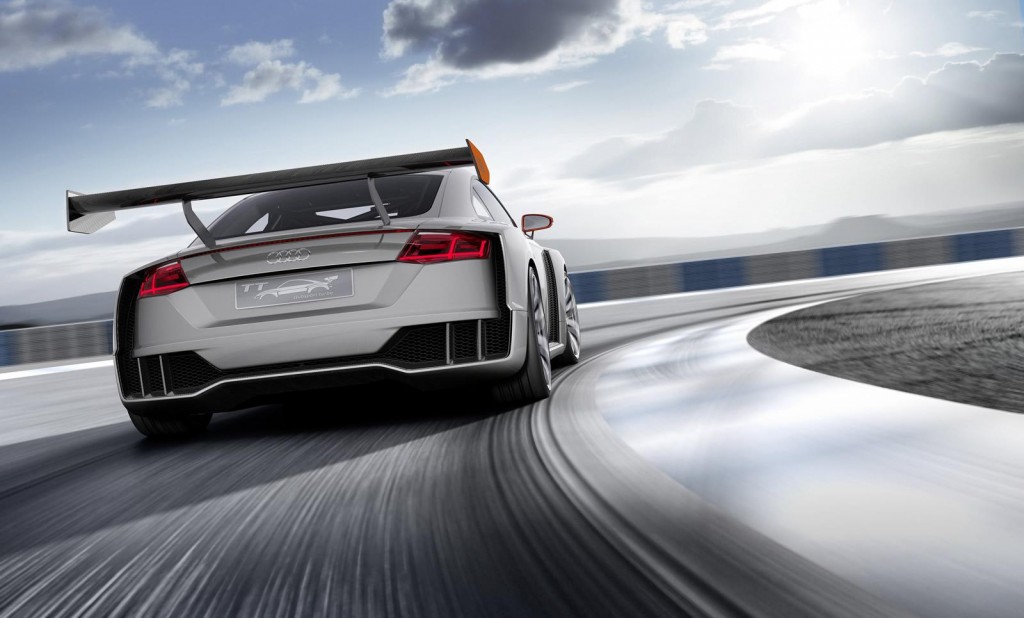 Audi will show off the TT clubsport turbo concept at Wörthersee between May 13 and 16.