The Indian FTR1200 is finally unveiled at the Intermot 2018 and is the also the first non-cruiser motorcycle in the Indian line-up. Thank the brand for bringing the FTR1200 with all the eye catching elements as seen on the concept.

Powered by a 1203cc v-twin which makes 120hp of peak power and 115Nm of torque, the engine is mated to a 6-speed gearbox with slip assist clutch. The engine is said to be lighter than the Scout’s engine and altogether dry weight is at 222kg for this non-cruiser motorcycle. We can’t expect light weight roadsters from a cruiser motorcycle manufacturing company though which builds bikes as strong as a tank. 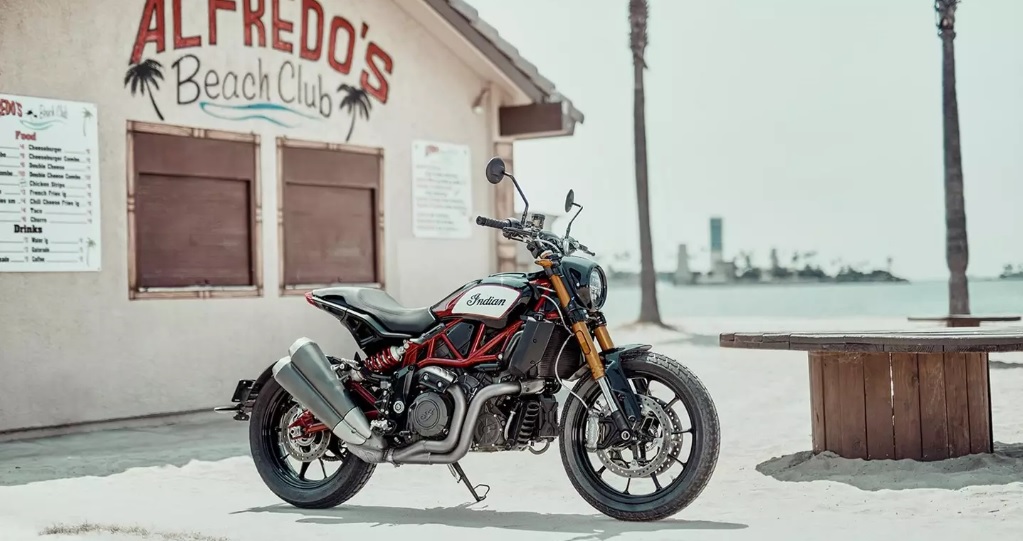 Two variants are available in the FTR1200 where the S variant gets a couple of performance parts over the standard bike.

The FTR 1200 will be available in Thunder Black, while the ‘S’ variant gets option of Red over Steel Grey, Titanium Metallic over Thunder Black Pearl, and a Race-Replica paint scheme, matching the FTR750 race bike.