The premium 600cc plus category, two-wheelers segment at the JK Tyre Racing Championship 2017 which took place at the Buddh International Circuit in Greater Noida on 19th November 2017 saw the participation of Triumph Motorcycles yet again. This is the third time that Triumph Motorcycles has participated in the championship in the two-wheeler segment. The top 3 winners of the fast paced, exciting race were Mr. Vijay Singh, Mr. Gurvinder Singh as runner up and Mr. Anand Nagrajan as the second runner up.

Speaking on the occasion, Vimal Sumbly, Managing Director, Triumph Motorcycles India, said, ‘It is a thrill to see enthusiastic Triumph fans take part in this championship. The culture of championship racing is quite nascent in India. We have been and will continue nurturing this culture with our various track and safety initiatives. What makes it even more significant is Triumph’s exciting partnership with Moto-2. The new Street Triple will give riders a chance to own a piece of Moto-2 engine technology and bring recognition to Triumph’s top-of-the-line products. We are extremely happy with the performance of the roadsters as there are nearly 1000 of them in India, and the recent introduction of the Street Triple RS has been hugely successful.” 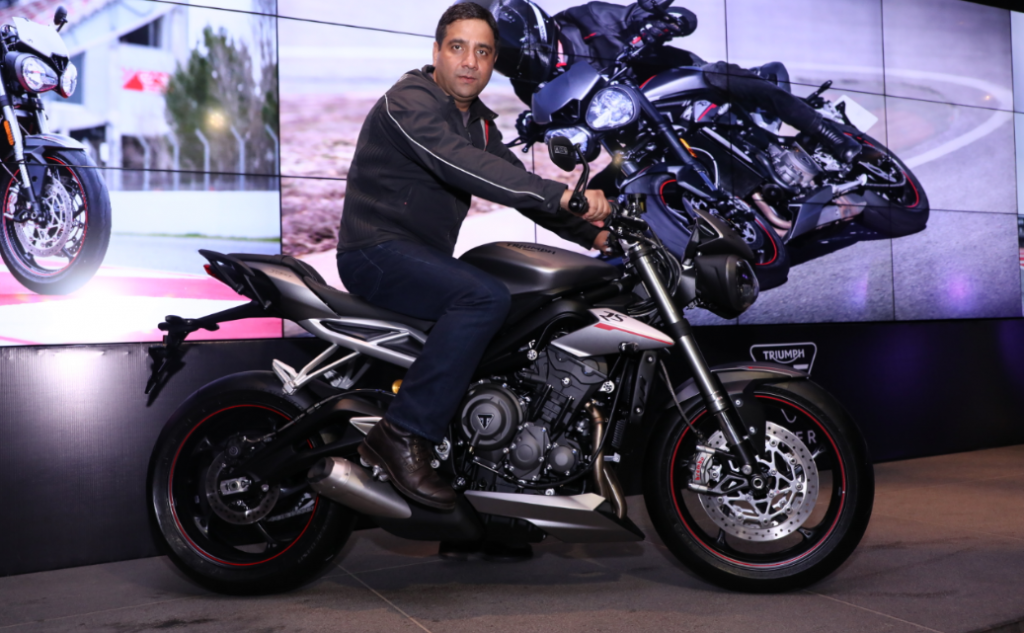 On display at the event was the all new Triumph Street Triple RS, a machine that inspires complete confidence. With more power, lighter weight, and easier to ride design, Triumph engineers aimed for the simple and achieved it by creating the most perfectly balanced motorcycle.  An equal blend of torque, responsiveness, agility, poise and purpose.The new 765cc Street Triple engine delivers a major step up in power and torque. With more than 80 new parts including new crank, pistons and Nikasil plated aluminium barrels and an increased bore and stroke. The result is a significant advance in performance, particularly low-down and in the mid-range. The ‘RS’ tune delivers the highest level of performance ever  for a Street Triple delivering 123PS @ 11,700rpm and a peak torque of 77Nm @ 10,800rpm. 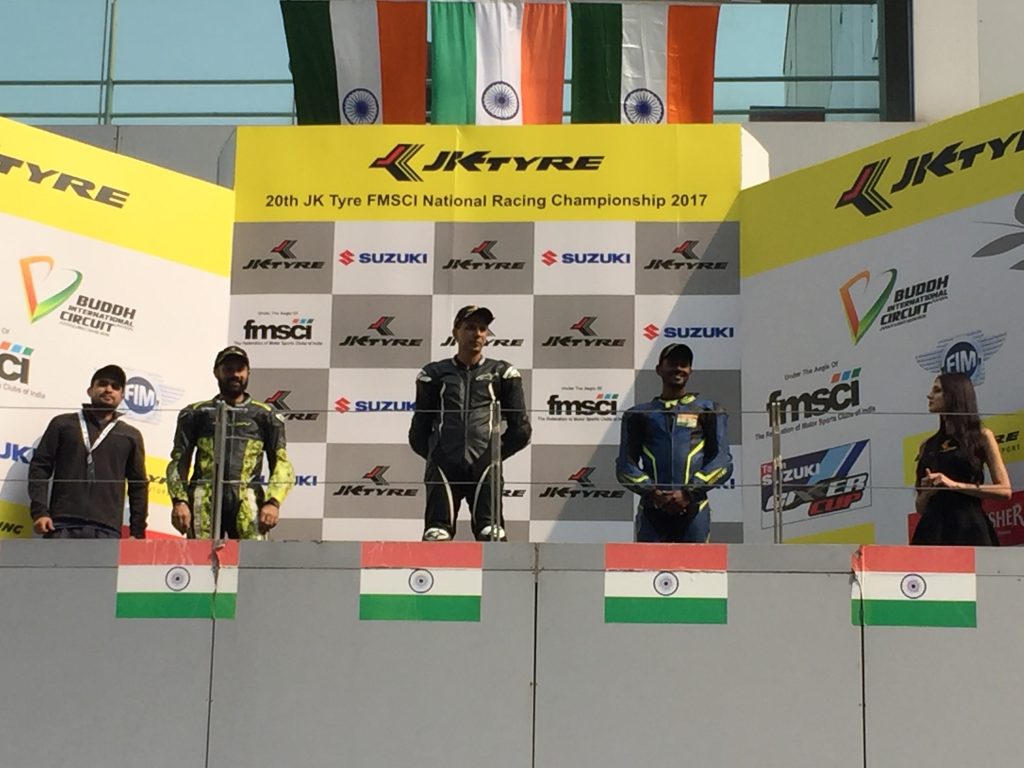 The JK Tyre Racing Championship (JKTRC) is one of India’s premier racing championship for the drivers aiming at Formula Car Racing. The Championship which was launched in 1997 by JK Tyre & Industries has now become the revered launch pad for the budding motorsport talents in the country.