The finale race of round 3 of Asia Road Racing Championship 2018 (ARRC) at Japan’s legendary Suzuka circuit was a mixed bag for IDEMITSU Honda Racing India team by T.Pro Ten 10 Racing. The team’s solo entry in Supersport 600cc won 9 points in the two races of Japan round. Meanwhile, the Indian rider duo of Rajiv Sethu and Anish Shetty maintained their rhythm and closed in the top 25 for race 2 as well.

Honda 2Wheeler India team’s third rider, 19-year old Japanese rider Taiga Hada competed in the marquee SuperSport 600cc with 22 other riders. After a red flag, the race restarted yet again and Hada finished 11th which is one improvement over his 12th finish yesterday. Overall, Hada gained 9 points in the Suzuka round, taking his total points tally to 29 in three rounds.

In the Race 2 of Asia Production 250cc class, Indonesia’s Honda rider Rheza Danica Ahrens starting from the pole position continued to build on his lead. The race, which saw as many as 5 crashes, turned out to be a highly competitive one with as many as 7 riders having less than one second gap.

Still learning the ropes of international racing as part of the debutant Honda Racing India team, the rookie Anish Shetty and Rajiv Sethu consistently picked up pace and by completed the 8 lap race in top 25 of 33 riders. Despite recovering from his wrist injury and less lap practice due to crash in practice 1, Rajiv Sethu gained 7 positions to finish at 24th. Anish despite experiencing the Suzuka track for the first time ever worked his way up to 25th, gaining 5 positons.

Sharing overview of the Indian team’s performance in Japan round of Asia Road Racing Championship (ARRC) 2018, Mr. Prabhu Nagaraj, Vice President – Brand & Communication, Honda Motorcycle & Scooter India Pvt. Ltd. said, “After the warm up today morning, our boys had entered the race with a positive frame of mind. Despite riding a completely new machine for him (CBR 250RR) and first time riding in the tough Suzuka track, Anish has consistently improved his time daily. We have high hopes for Rajiv and look forward to better performance as he recovers fully. Our Indian riders maintained rhythm and finished in top 25 in Japan round. With the national championship starting next weekend, our boys will have more practice before the next Chennai round of ARRC. We want to ride on the home advantage.”

ANISH SHETTY, the rookie Indian rider of IDEMITSU Honda Racing India team by T Pro Ten10 racing in Asia Production 250cc class, said, “Japan was a tough one for me. I started on a good note but couldn’t keep up the pace in second half. I’m now better adapted to the new bike (CBR 250RR) and this is where I feel that the next round will be critical. With more laps under the belt, I look forward to the home advantage in Chennai. For me, the countdown starts today.” 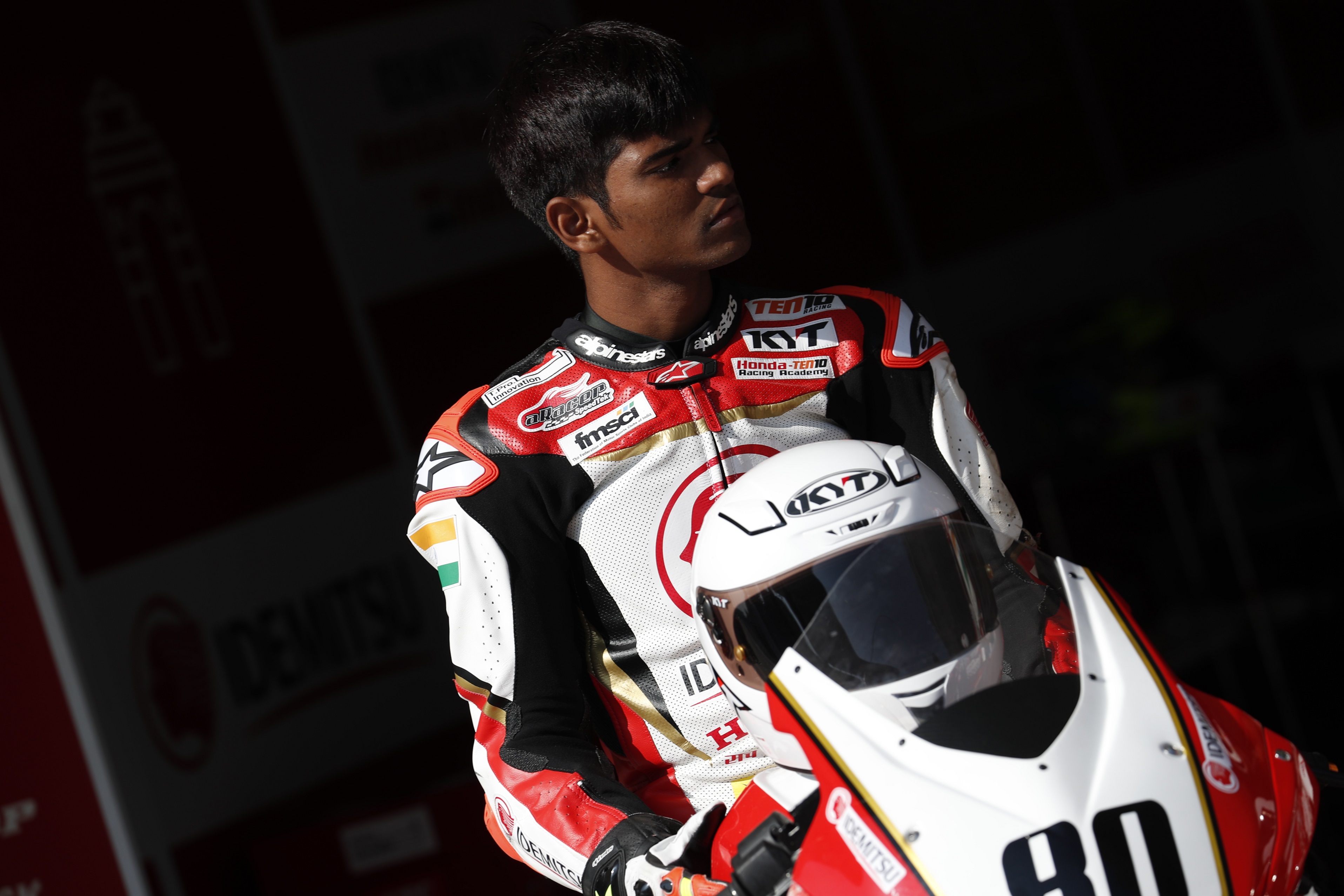 Talking on his performance in Round 3 and his expectations from the next round, RAJIV SETHU – IDEMITSU Honda Racing India team by T Pro Ten10 rider in Asia Production 250cc class of ARRC said, “Its less than a month since my wrist surgery and getting my momentum on track back is top priority. I entered the race on a very positive note after the morning warm up. However I, touched another rider in lap 3 of the race which unsettled my rhythm and I couldn’t recover fast enough. But moving ahead, I want to score in the next Chennai round. From now to August, will be time for intensive training. First on my target is to win podium at National Championship and then better my craft when I compete in the Thai Talent Cup in this month itself.”

ARRC is part of the production-based category of racing, similar to the Supersport World Championship. It consists of 3 open-make classes (SuperSports 600cc, Asia Production 250cc and Underbone 130cc) and 2 single-make development classes. Modified versions of production motorcycles available to the public are featured in the race.

After Round 1 in Thailand in March and Round 2 in Australia (Bend Motorsport Park, Adelaide), this weekend saw Japan’s iconic Suzuka circuit hosted the third battleground from 1st to 3rd June. Now, the Indian team will head to home-soil as ARRC returns to MMRT, Chennai from 3rd to 5th August. This will be followed by penultimate round at Indonesia (12th to 14th October) and the season finale in Thailand from November 30 to December 2, 2018.