Porsche has given its 911 Targa 4S some retro touches – and they’re calling it the Exclusive Design Edition. Inspired by the 1960 365B, the car boasts of a new ‘Etna Blue’ shade. You will also be able to spot a few design elements on the outside, finished in White Gold Metallic. The headlamps have black LEDs incorporated in them, with a lot of other details covered in the shade of the car. It also sports large 20-inch RS Spyder wheels.

The door-entry guards are made of black anodised stainless steel, with the name embossed on it. On the inside, the 4S sports Graphite Blue leather with beautifully intricate stitching in Provence Blue. The air nozzle slats, floor mat leather edging and seat piping are all swathed in Provence Blue as well. On the dashboard, it reads “Porsche Exclusive Manufaktur”, hinting at the car’s limited production and exclusivity. Power will come from a 420hp, bi-turbo Boxer engine.

For every individual customer of this limited edition Targa 4S, a specially designed indoor cover will be provided, along with a photo album documenting the entire production process – each album of which will feature an identification number of each individual car. So book your special 911 Targa 4S today, before the whole lot is sold out. 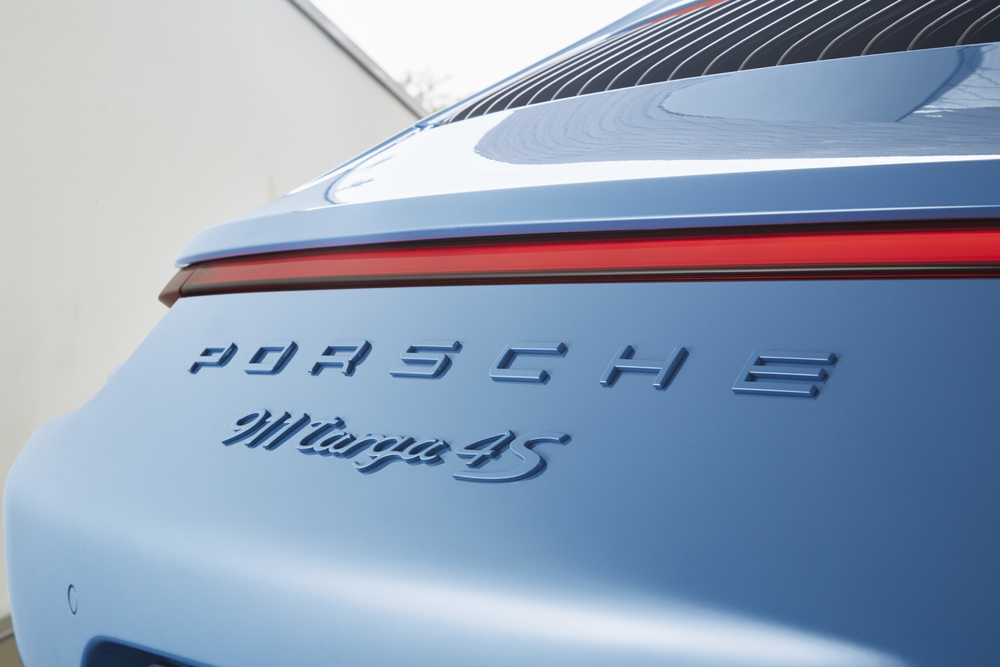