Nissan has just revealed what has long been awaited from the Japanese marque in this segment: the answer to the Hyundai Creta – the Kicks.

First impressions are great. Up-front, there’s the large V-motion grille that’s inherently prominent to tell you it’s a Nissan; the distinctive LED projector headlamps that feature DRLs – reminiscent of the ones you see on some larger flagship Nissan SUVs. The sleek ‘boomerang-shaped’ tail light design also stands out. The orange-themed roof looked particularly funky on the car unveiled, while the 17-inch machined-alloy wheels filled up the wheels arches very well. Also visible are the skid-plates at the front and rear. Note the floating-roof design that is now popular among a lot of cars. We also loved the subtle swelling in the wheel arches, which really does add to an athletic stance.

The emphasis, however, is on the dimensions of the SUV. It is longer, wider and taller than the model sold overseas. Based on the Alliance’s MO platform, it also shares its wheelbase with the Captur.

Nissan has remained tight-lipped about the interior layout for the moment, but you can look forward to more room on the inside, Android Auto, Apple CarPlay and a 7.0-inch floating touchscreen infotainment unit. Under the bonnet, the Kicks will employ a 1.5-litre diesel engine, and most likely, a 1.5-litre petrol unit as well. Transmissions on offer haven’t been revealed yet, but a CVT gearbox is sure to be ushered in a later stage.

When launched in January 2019, it will be priced above the Terrano – so expect a range of Rs 10.5 lakhs for the base version, with the top-end automatic variant closing-in on the 17-lakh rupee mark. 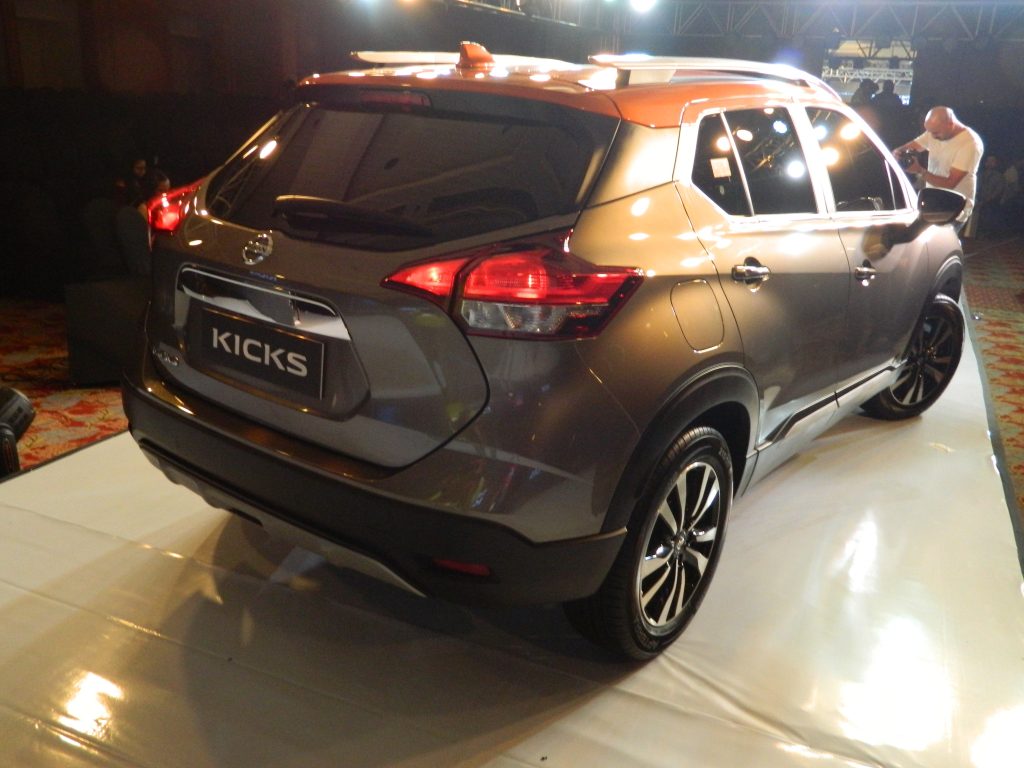