In a period of five years since exports started from India, Nissan has successfully shipped out 500,000 cars to over 106 countries across the globe. Not only that, in FY2014, Nissan was the second largest exporter of passenger cars from India, while the Nissan Micra hatchback has been regarded as the most exported car.

Nissan Micra constitutes 73 per cent of the companies export from India. It was also the most exported car in FY 2014-15 as the company shipped 76,120 units; out selling even the likes of the Hyundai Santro (63,585 units) and Volkswagen Vento (56,064 units). 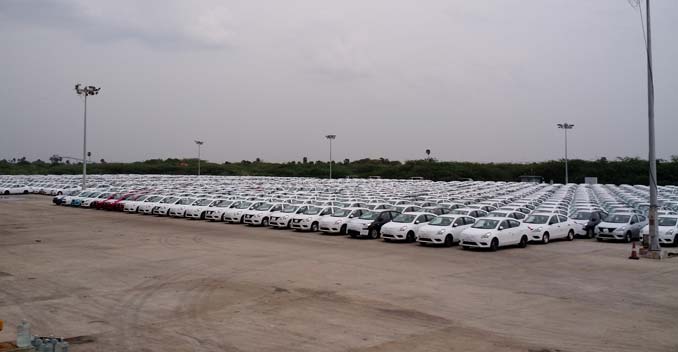 Apart from exporting the Micra as a CBU, the company also supplies 1800 types of manufacturing parts to 34 plants across 24 countries. Nissan India stands in the 2nd position in volume of shipping parts within the Nissan world.

Nissan along with its alliance partner has invested Rs. 45 billion in its manufacturing plant in Oragadum, near Chennai. The company has been exporting its cars to various regions including Europe, Middle East, Latin America, Australia, New Zealand, Asia and Africa.