Kawasaki Versys 650: An entry ticket to the adventure world!

Reeling back 5 years what were the options available in adventure motorcycling in our adventurous country? The rich chose the BMW GS and the poor chose the Hero Impulse. There existed a humongous gap between the two motorcycles and in the subsequent years many manufacturers came to fill the gap. Now we have the Himalayan and a host of other options in all ranges like we see in the buffet lunch of The Westin.

Adventure is a part of motorcycling. Today, adventure tourers are a specific type of motorcycles which serve multiple purposes. An adventure bike will be able to take you to places where a normal sports bike or a 4×4 can’t afford to and as the name says, it’s a touring motorcycle as well. You can go around the earth without breaking your back in sheer comfort. The best part about adventure motorcycles are, you don’t need to strain yourself and ride it like a sports bike. You can enjoy the tall and comfortable seating position and tour the country on your own with better comfort. 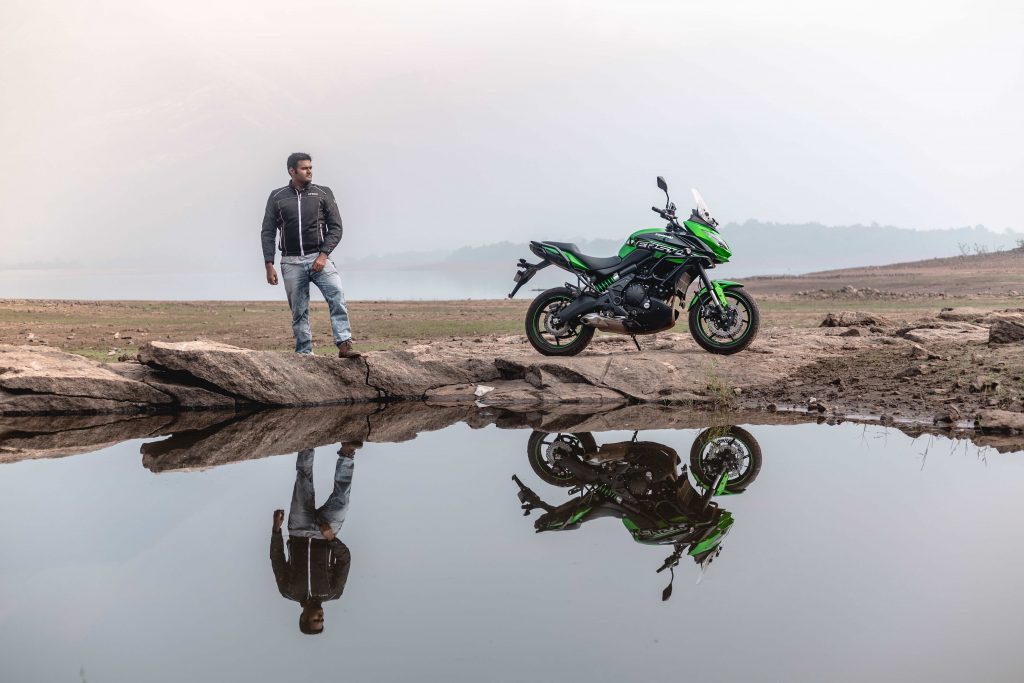 Breaking my virginity into the ADV World!

To be frank, Kawasaki Versys 650 is my entry card to adventure motorcycling. I have always been riding cruisers, sports and naked bikes all my life. The moment you sit on an adventure motorcycle, you understand that this is on an entirely different league. The seating is tall enough to suit tall riders like me and the riding position is lovingly awesome. So, what did I learn from the Kawasaki Versys 650? Here’s my take. . . 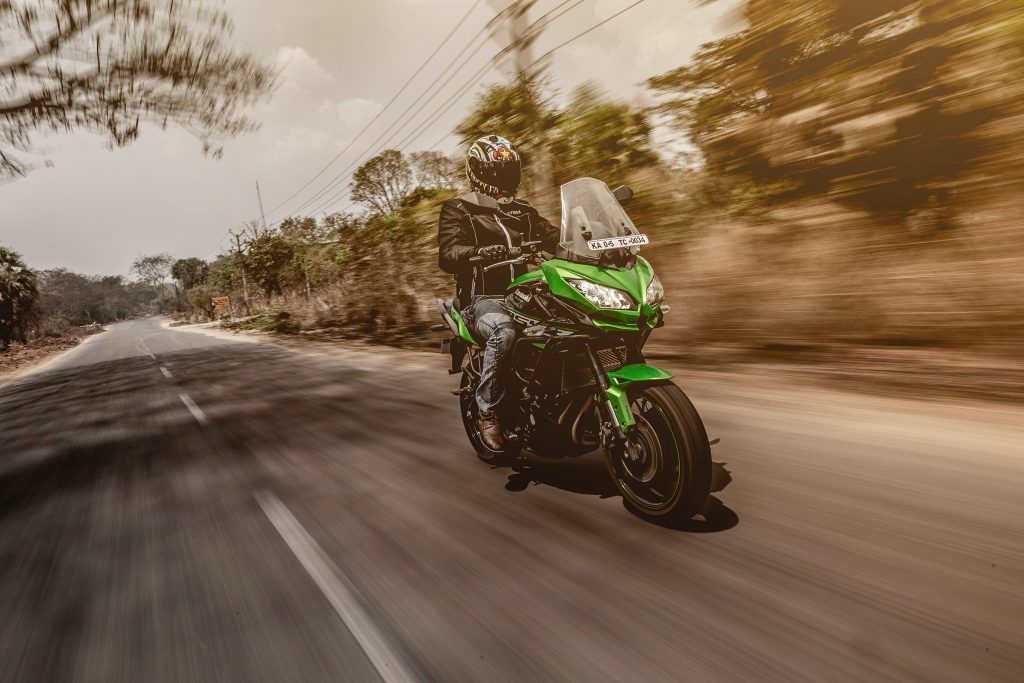 And if you are tired of naked Dukes and fully-faired sports bikes, there is this segment which you should actually try. The Kawasaki Versys 650 is actually an entry card for any amateur biker into the world of adventure motorcycling. At 216kg, the Versys 650 isn’t massive in adventure biking terms, but no bantamweight either. I used the bike on the road first and came to grips with the way it delivers its power and got used to the ergonomics. 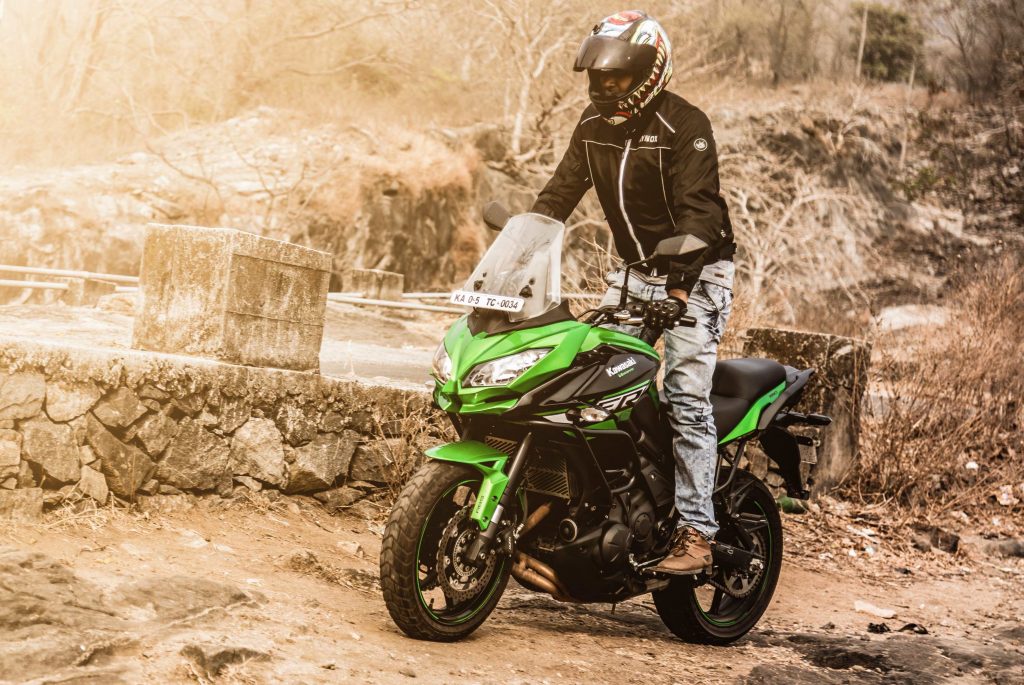 The first time I swung my leg over the Versys, I was instantly impressed with the 840mm seat height and found it just perfect for me. The Versys 650 is one refined motorcycle to ride. We aren’t surprised because we have ridden the Ninja 650 and ER-6n before and we were not expecting anything less than Ninja 650 in the Versys. 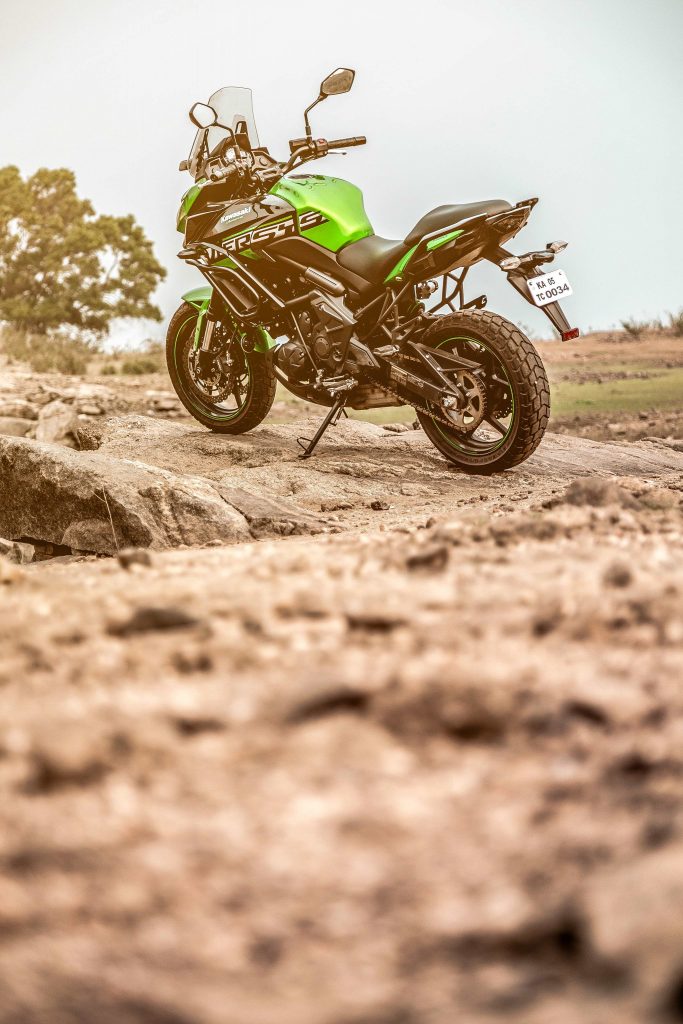 The Versys 650 gets downsized predator bird fairing from the Versys 1000 and looks sharp enough along with the long travel adjustable 41mm upside down telescopic suspension at front. In one look, you might actually mistake it for the 1000. The twin headlight gives ample illumination and there is this adjustable windscreen which can be adjusted as per rider’s height up to 60mm. 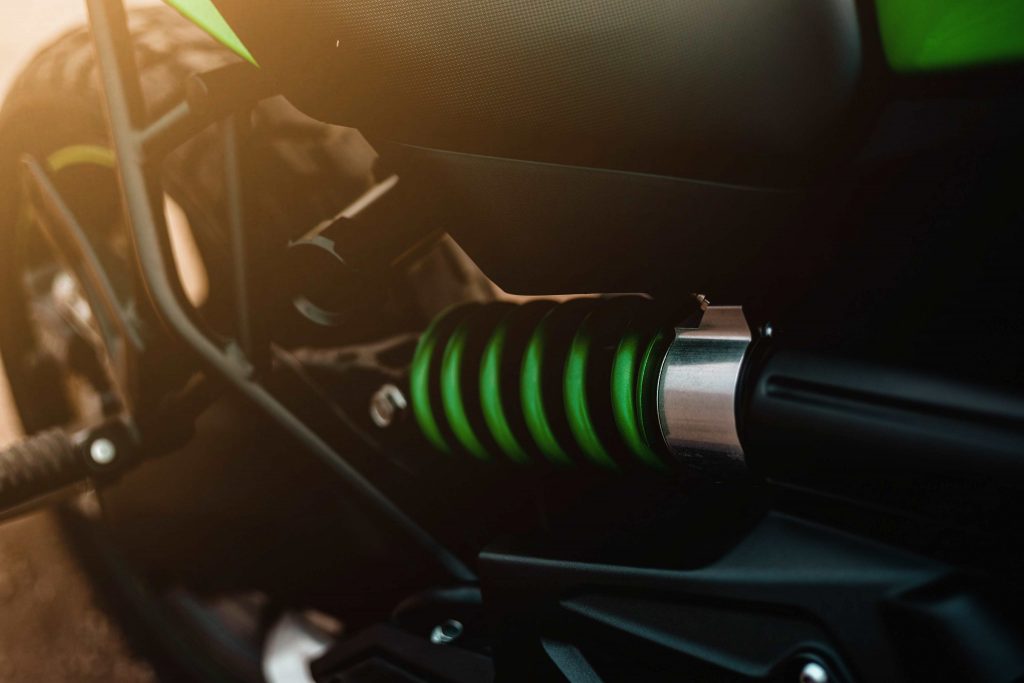 At the rear, you will notice in Kawasaki green, the single side mounted shock absorber strut. You also get a stepped up pillion seat along with chunky grab bars. I am not a big fan of the rear quarter, while the front end is sharp and does justice to the brand Kawasaki. The fit and finish of the bike is excellent and you can notice the high quality in even the side mirrors. 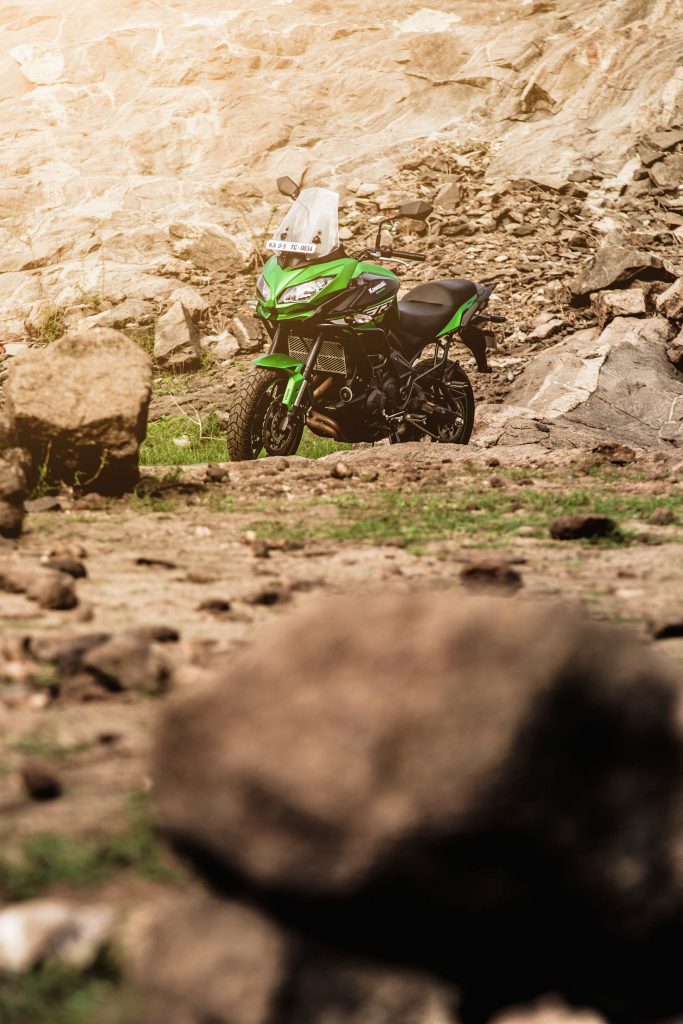 The Versys pulls power from a short-stroke, 649cc, four-stroke, parallel-twin and liquid-cooled engine. This is an eight-valve motor with digital fuel-injection which makes 68.4bhp at 8,500rpm, while peak torque of 63.7Nm comes in at 7,000rpm. To put things into perspective, that’s a massive 317bhp per tonne in the Versys 650. The bike hits 100kmph in just under 5 seconds and goes all the way up to 200kmph. What impresses with the Versys is the engine refinement. The Versys has very less or no vibrations at all even at triple digit speeds. It’s easy to pull a torque wheelie on first gear in the Versys and because of its dynamics, sticking to higher speeds around a corner isn’t too tough either. 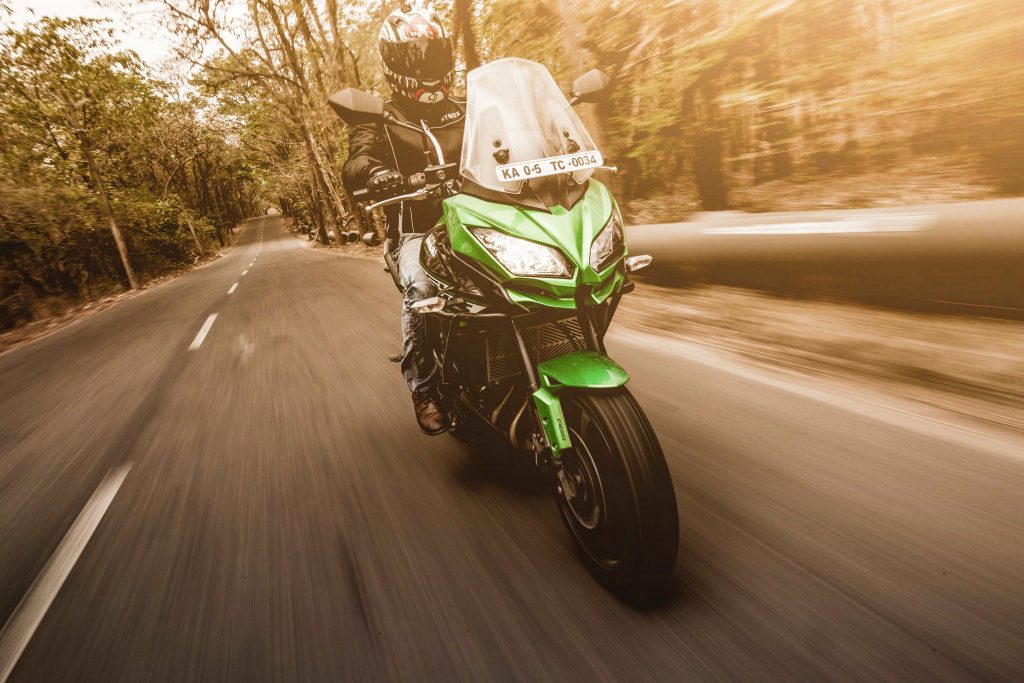 Don’t get fooled by the way it handles inside the city or its efficiency in managing lower speeds at higher gears; the moment you give a hard twist, the rpm needle goes all the way up to 10,000 redline and the peak power comes only at 8500rpm. If you are an expert, you can actually ride this bike on redline and ride along with litre class sports bikes without much sweat. 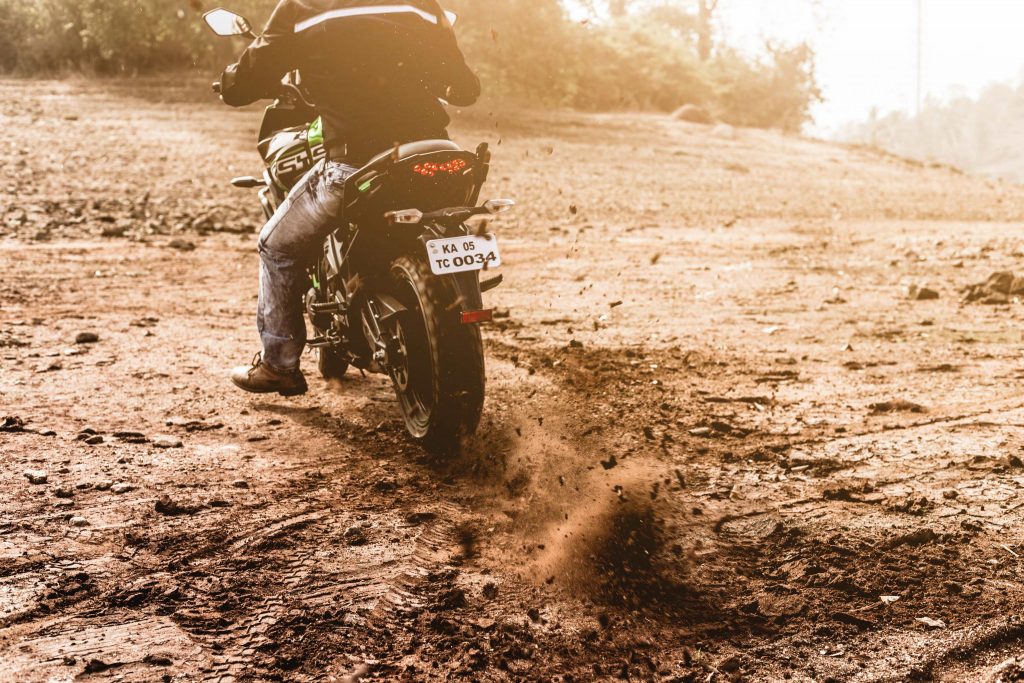 The experts say we need to change the rubber on the Versys 650 if you want more grip off the road. But from an amateur perspective, the tyres serve the purpose. Should offer good grip for beginners and once you are ready to take a dip into the slush, then you need to rethink. I played on mud, water crossing and over little slush. Though, nothing much to complain about the bike’s capability. I find a perfect balance of on/offroad capability in the Versys 650. My ride through off-road and on tarmac was in sheer comfort. The seats takes good care of your bums and with a smooth suspension, riding over potholes on the Versys feels at home. 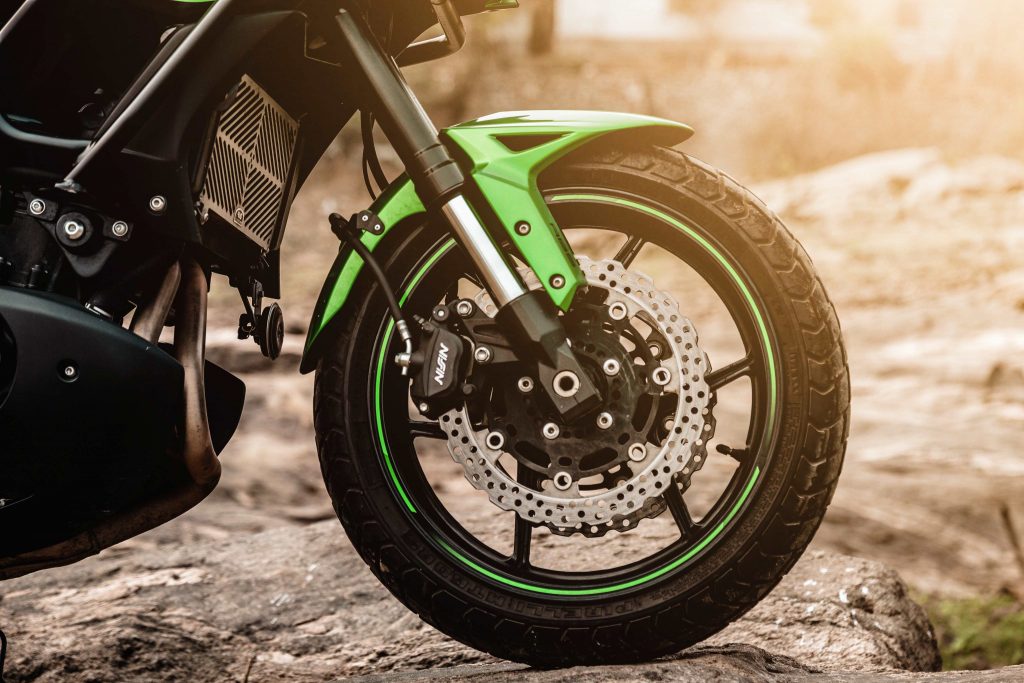 Braking is fair enough with 300mm twin petal type disc setup in the front and a single 250mm disc brake at the rear. You will have to be careful while pulling the brakes at higher speeds because there is a tendency that the rear will slide if you don’t use the front discs simultaneously.

You can actually buy a Tiger later! 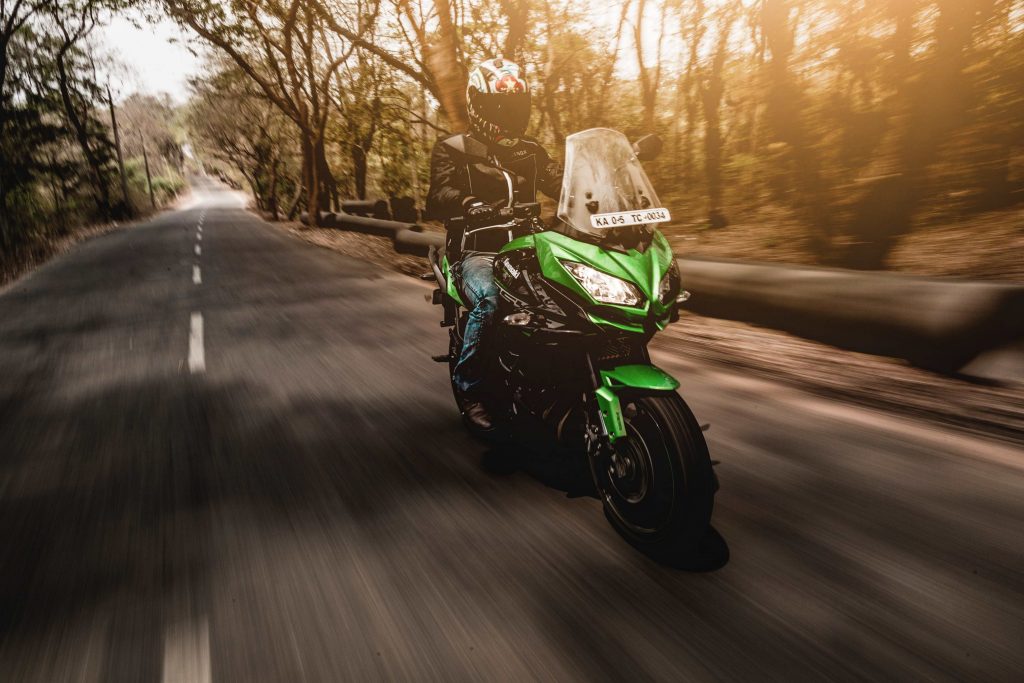 The Versys 650 doesn’t come with any riding modes or any flashy electronic aids other than ABS and I expected a little more satisfying note from the exhaust pipe. Every time I tried to push the Versys 650 to its limits, I ran out of skill before the motorcycle ran out of capability. 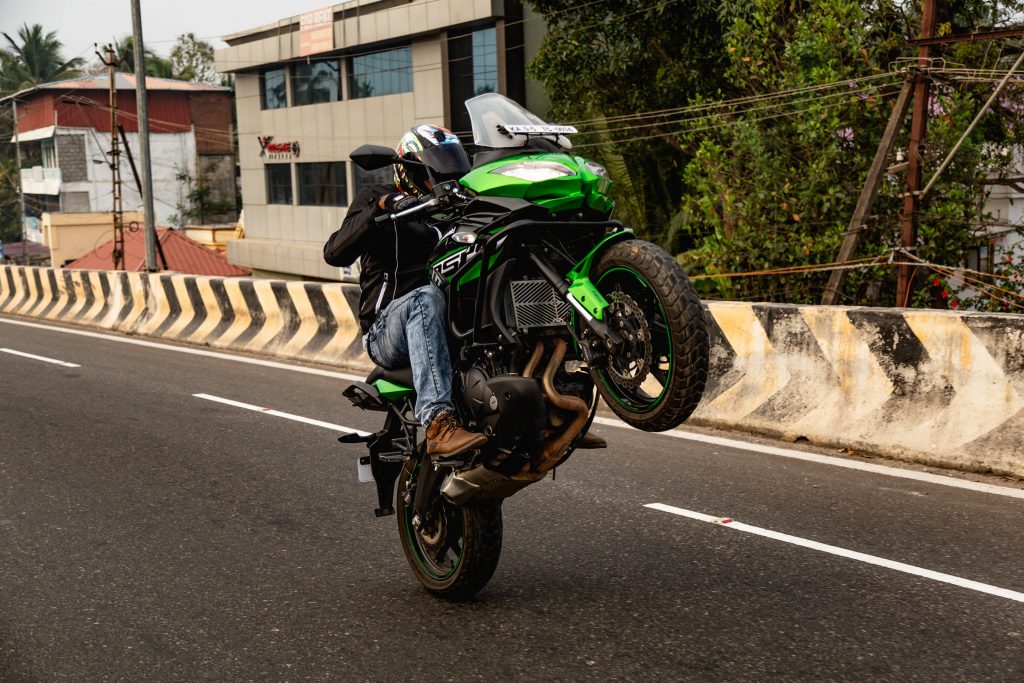 The Versys 650 is literally a Ninja 650 on steroids, offering you the best of both worlds in a decent price. So if you are trying to make a love affair with ADVs like me, Versys 650 is one of the best picks in the market compared with the newest addition Suzuki V-Strom 650 XT or the more capable and costlier Tiger. But let me tell you one thing, once an adventure, always an adventure! 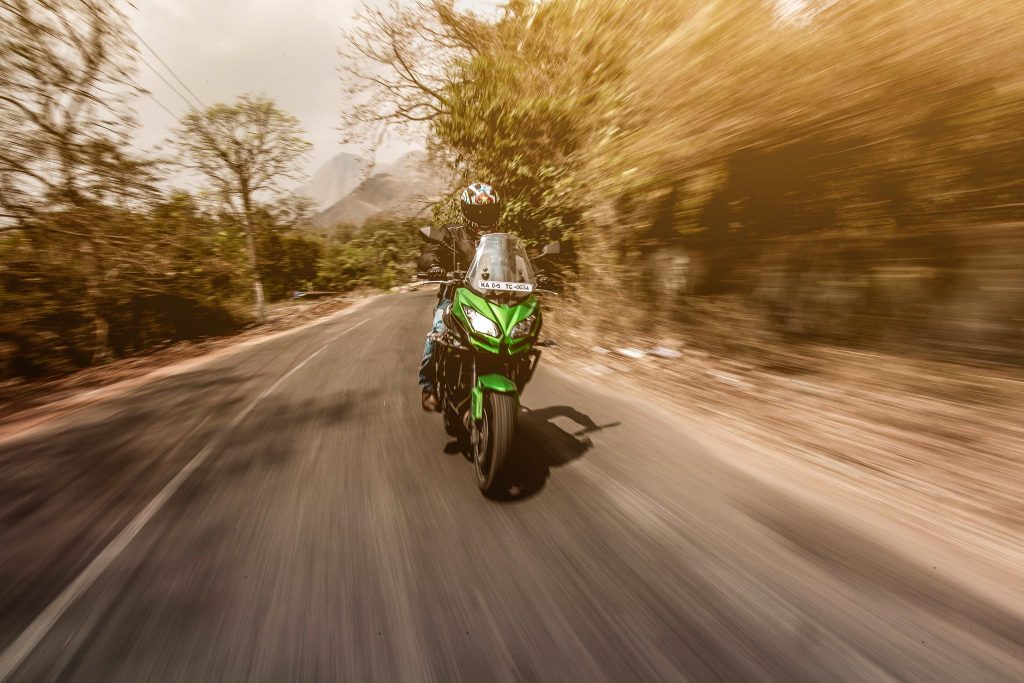