The face-lifted Honda Brio has been launched at Rs 4.69 lakh(ex-showroom, Delhi). On the outside, the new Brio gets the Amaze’s bumper – which gives it rather sporty appeal, flanked by a new grille as well. The headlamp clusters get a smoked-out look, with minor alterations done to the tail lamps well.

Inside the cabin is where the most prominent of changes lie: a BR-V-like dashboard that gets an all-black finish, a new instrument cluster, digital AC controls and new upholstery. Features will include ABS, dual front airbags, seatbelt pretensioners and a new audio system with Bluetooth connectivity and hands-free telephony. 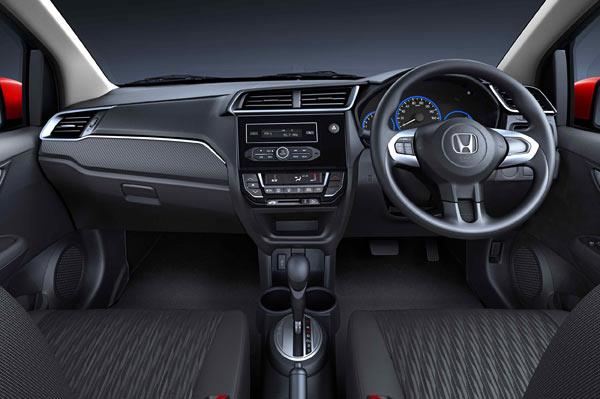 Under the bonnet, the engine remains the same 1.2-litre i-VTEC petrol engine, mated a 5-speed gearbox. Thew new Brio can be had in three variants: E,S and VX, with the top-end getting the option of an automatic transmission.

Despite the increase of Rs 25,000 for the updated car, the Brio will continue to have its fan following, giving its fun-to-drive handling characteristics and sporty, chic appeal.