An original version of the Hypermotard 950 has won first place in the ”Concept Bikes: New Design and Prototypes by Manufacturers and Independents’ category at the prestigious Concorso d’Eleganza Villa d’Este held at Cernobbio on Lake Como. 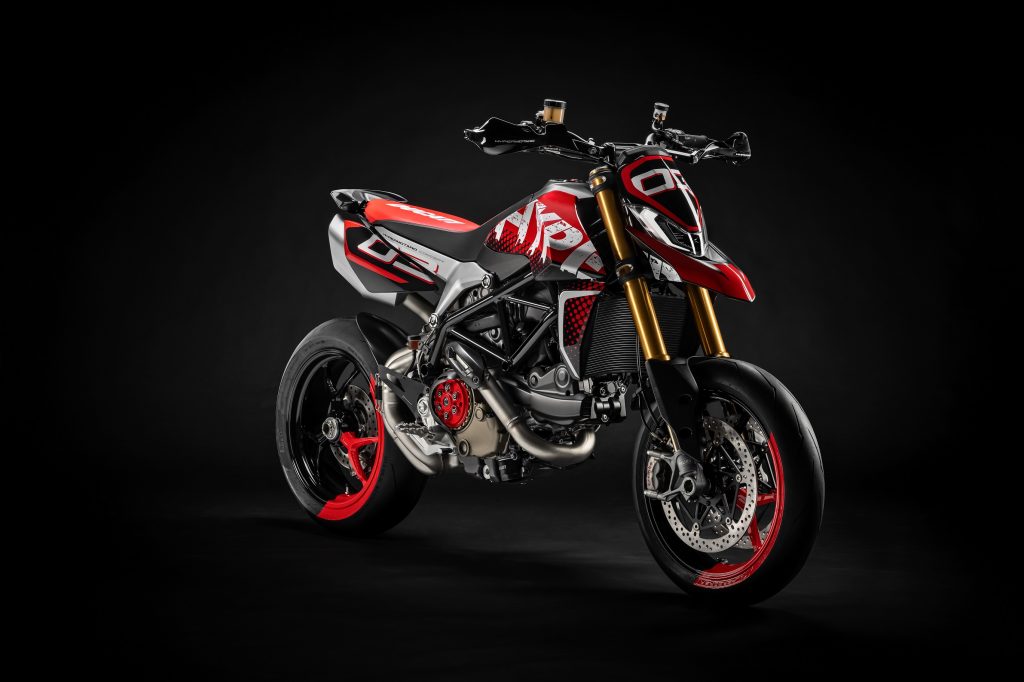 The concept bike, created by the Centro Stile Ducati, highlights still further the light and aggressive character of the Hypermotard 950 thanks to the extreme proportions of the bodywork and a compact full led projector. The double personality of this motorcycle, which combines a racing character with that of an urban warrior, is emphasised by technical details inspired by the MotoGP and a high impact graphic design inspired by urban graffiti.

The vote of the Villa d’Este jury was confirmed by the great success that the Ducati prototype has received on social networks, earning thousands of likes in just a few hours on the company’s Instagram and Facebook pages. 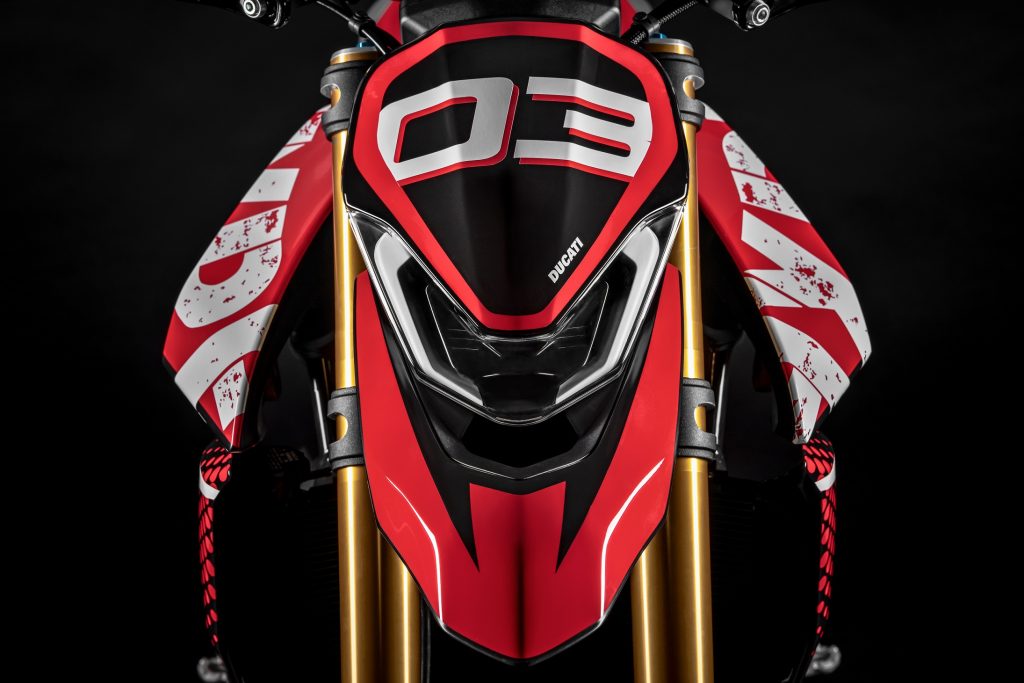 “I’m delighted with the success received by the concept bike we presented for the competition, which follows the award recently obtained at the Red Dot Awards for the Diavel 1260,” commented Andrea Ferraresi, director of the Centro Stile Ducati. “Style concepts are useful also for presenting new elements, in this case the graphic design in particular, and for evaluating the reactions they inspire. We’re extremely pleased with the success it’s inspired on the social networks. Given the importance and attention that we dedicate to style, one of the basic values of our company, receiving awards on occasions such as this one always makes us extremely proud.”

The Concorso d’Eleganza Villa d’Este, organised for the first time in 1929, was launched in order to celebrate the beauty of historic cars and motorcycles, and is nowadays the most exclusive international competition, full of tradition. The ‘Concept Cars and Prototypes’ category was introduced in 2002, alongside the categories reserved for vehicles of the past, to open a window onto the future of the car and motorcycle sector.