It wouldn’t be new if I start this specific article with that ‘Since my childhood’ phrase. Because as we all know, the GTR is one of the world’s favourite cars since the time your Grandpa was born! And people are still craving to own that 3.8 litre hand built V6 which is a supercar slayer down the straight line, and the way it puts power down on corner exit with gecko like grip is unlike anything else this side of the Porsche 911 GT3 RS.

I have always felt I am blessed in many ways. Especially on occasions like driving the GTR around hometown for a full week. Ask any car guy around the world, they will be dreaming about the so called ‘Godzilla’. This one guy who owns a Range Rover approached me asking about the GTR the other day seeing my Instagram stories followed by a number of kids around town.

So for all the kids around town, here it is, my Godzilla aka GT-R story! 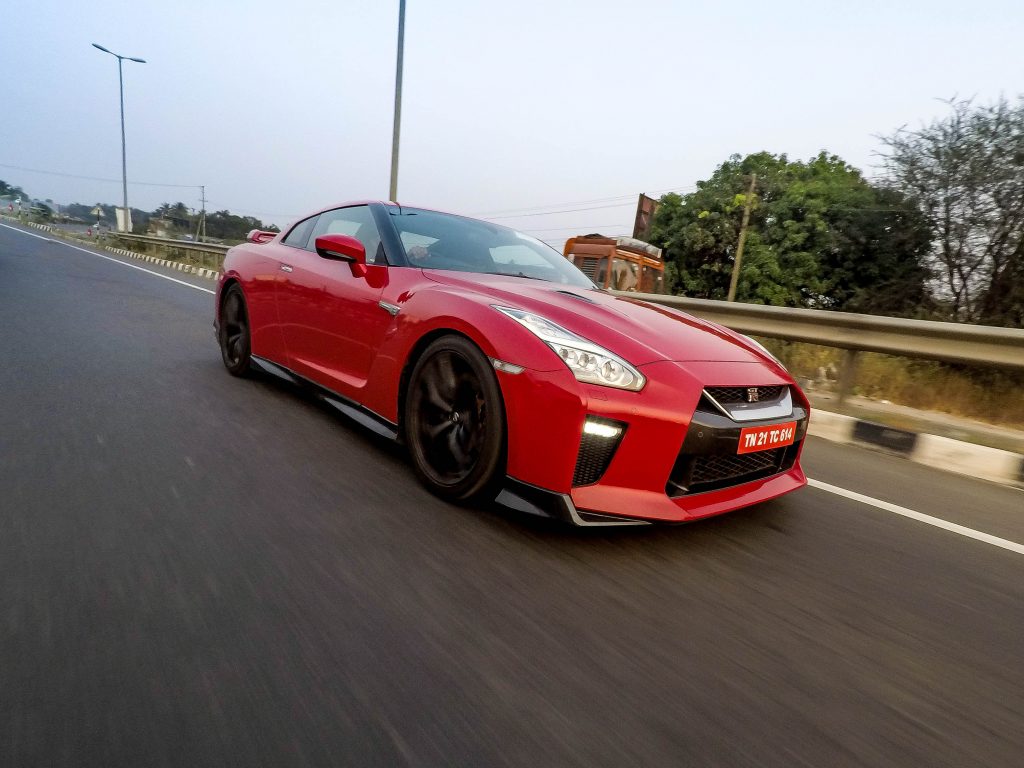 People who are reading this, we all know how special the GT-R is. Looking back into a bit of a history, the GT-R can trace its lineage all the way back to 1957 named as Suginami. The first real Skyline GT-R was originally offered as a four-door saloon in 1969 before the two-door coupe was introduced in 1971. Nissan introduced new models: R31, R32, R33 and then came the R34 – the most famous and legendary GT-R ever built by Nissan and is instantly recognizable as we have seen in The Fast and The Furious as Brian O’Conner’s ride of choice.

The R34 was also the tuner’s wet dream, as they were able to pull out around 800hp from that engine pot. Now in the all-new avatar, GT-R is still a living legend! The design now looks sharper and timeless. The car has redesigned aero bits like the front and rear splitter, new air dams in the front bumper. The tail still looks menacing with the trademark quadruple tail lights, fixed spoiler and overall, the GT-R looks like a spaceship which is ready to be deployed. The exterior design will make you understand why it is called the Godzilla! 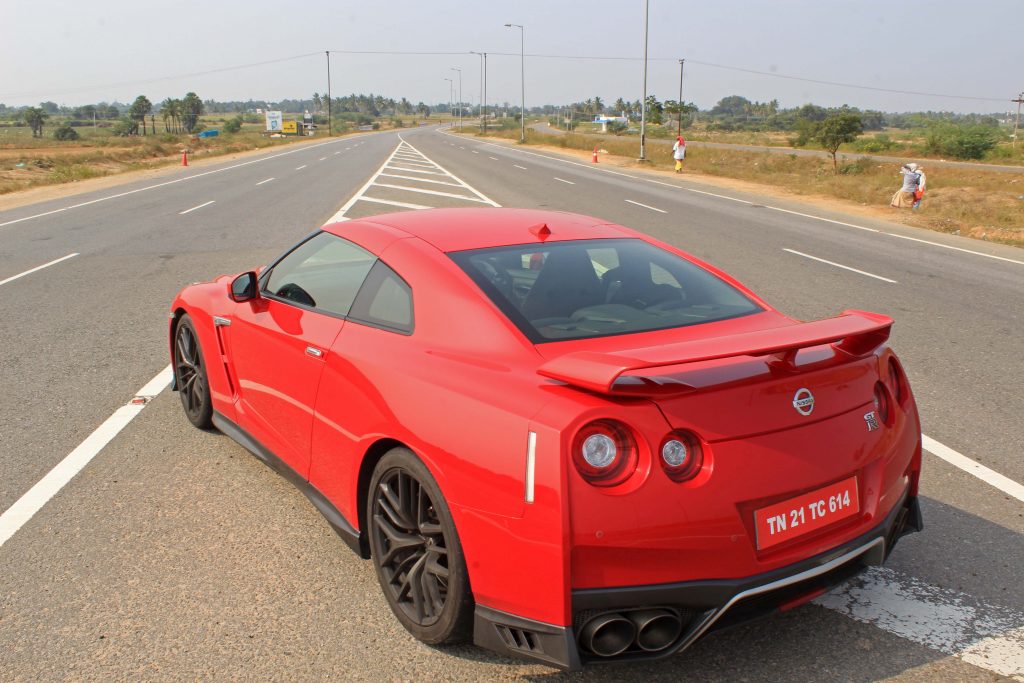 The GT-R is famous for the way it puts power down on corner exit with gecko like grip. The GT-R’s all-wheel drive system uses a rear mounted transaxle which sends 50 per cent of the torque to front wheels, which helps improve the dynamics of the car. The result is, is a car which runs behind lap times and no matter how fast you drive, you can’t really find dead flies on your side windows. 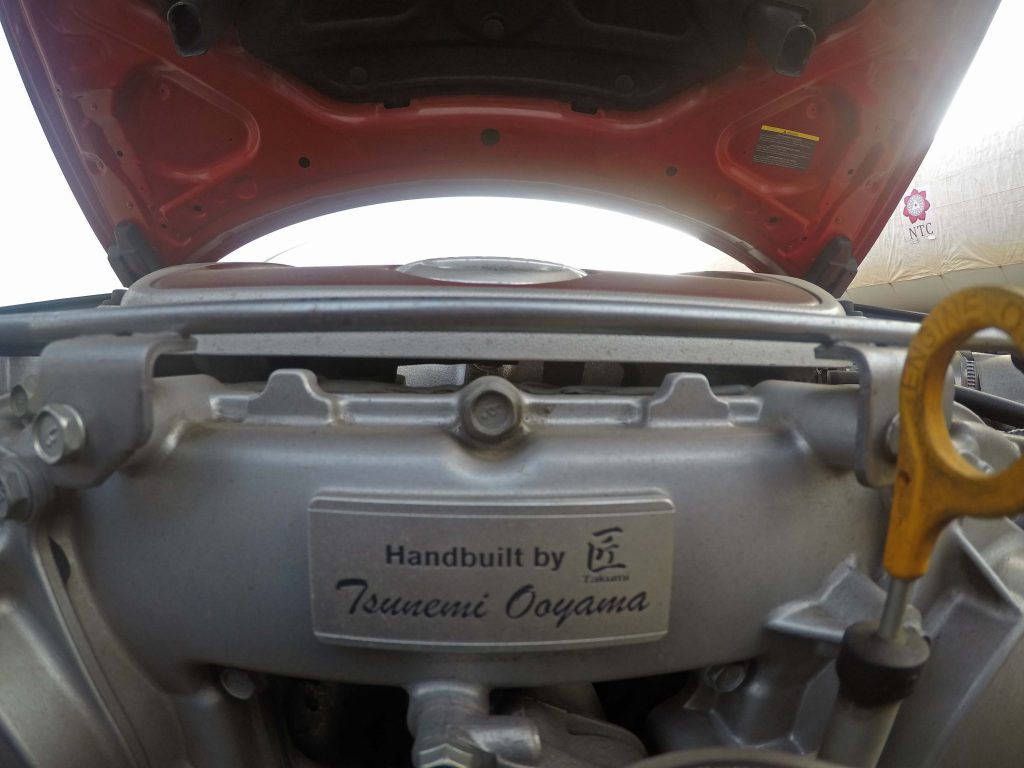 Yes, each and every single VR38DETT V6 engine is hand built and hence there will be a small variation in power figures. However the maximum power output from the 3.8 litre V6 will be between 570hp and to extract the most, it’s always better to use 97 octane fuel. 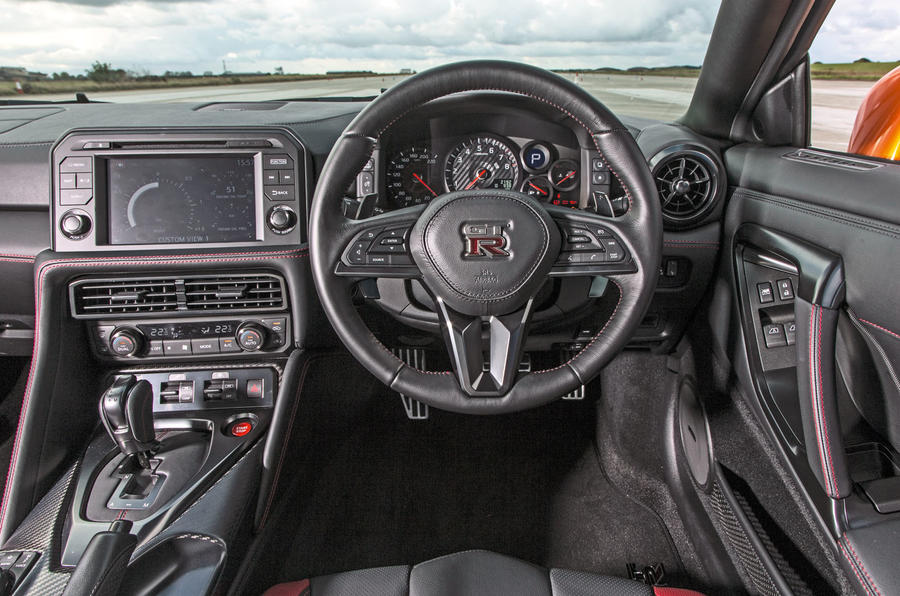 Another old school charm? Overall if you look at the interiors, you will feel it is tech-laden enough but believe me, there is something missing. We need a better infotainment system, better seats and toggle switches. There are some noticeable lovely bits too, like the entire instrument cluster moves along with the steering when adjusting, and the rear seats are surprisingly comfortable and spacious for a two door supercar. 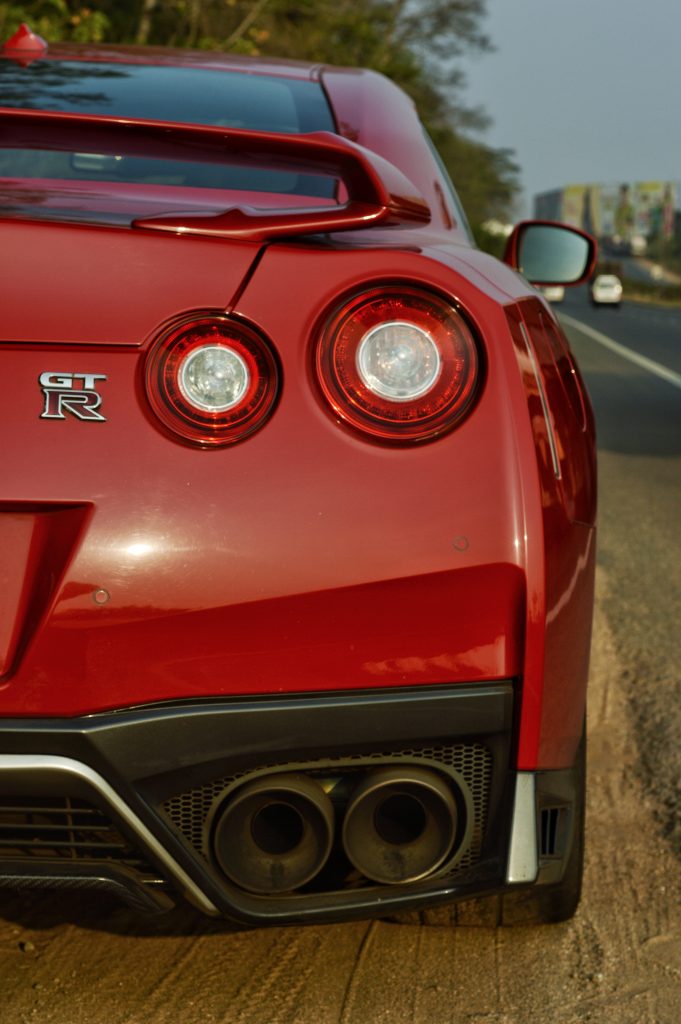 The titanium exhausts are quite silent, unexpected from this brutal monster. Instead what I expected was an unmerciful roar with which I can wake up my neighbours with. What we get from the stock exhausts is that shrieking top end and lovely turbo whistle! 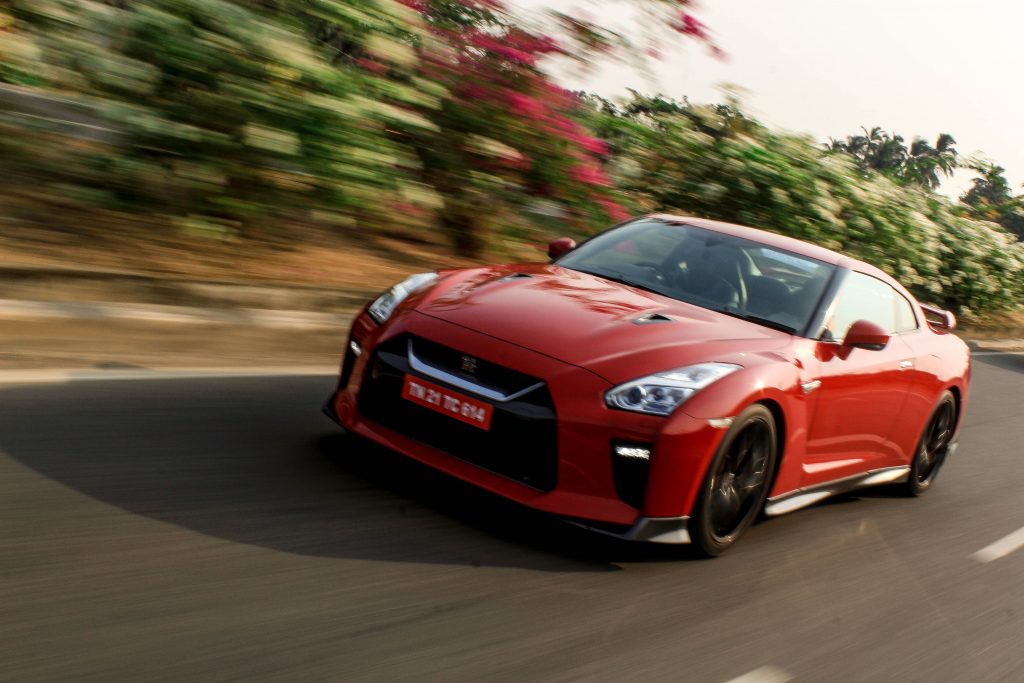 Call me mad, but I want you people to know that I have never driven such a performance oriented car like the GT-R. The GT-R is a beast; tuners will give you a supercar slayer if you have enough pennies to shell out. The point here was about efficiency and if you keep it as a secret, I will tell you how far you can drive the GT-R in one litre of fuel. If you turn on the toggle switches to R mode, the GT-R will offer you 2.5 kilometres and if you drive in comfort mode, the farthest you can go is 8 kilometres. 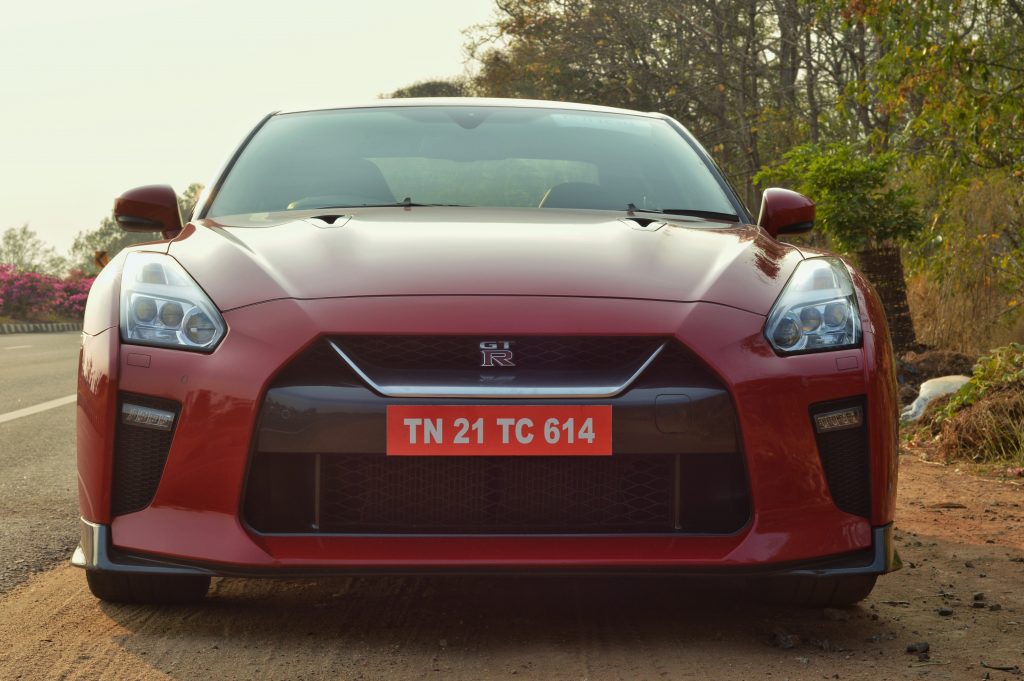 Being in a GT-R feels special. The GT-R is a way better crowd puller than a Huracan and by driving one; you are carrying a larger bit of legacy. The GT-R is powered by a 3.8 litre V6 engine mated to a dual clutch automatic transmission which works on around 570hp and 637Nm of torque. However as always, Nissan hasn’t claimed the 0-100kmph figures; we hit a ton within 3.3 seconds with the launch control. The Bilstein DampTronic suspension offers better ride quality as per Nissan, but for everyday use, I felt the Huracan offered better ride quality when used in comfort mode. Honestly we haven’t tried the full potential of the GT-R. We better take the GT-R to the race track real soon, hopefully without getting our pants wet.

Looks like a spaceship, pulls crowds better than a Lamborghini, holds on to tarmac with amazing weight distribution and definitely one of the most lovable cars around the globe, the GT-R is a supercar slayer by all means. If only Nissan can offer us a better key that doesn’t look like the Micra’s.