BMW shows off its newest concept car: the 3.0 CSL Hommage

Every now and then, BMW releases a concept car that is the design team’s way of honoring its classic models. Last year it was the M1 Hommage (which the BMW i8 essentially pulled its design language from). In 2011 it was the crazy open-top roadster 328. BMW did it again today; the automaker introduced a reimagining of its classic 1970s coupé with the all-new 3.0 CSL Hommage concept car.

Everything about it — from the big rear spoiler, to the molded body kit look, to the “Golf Yellow” coloring — is sure to ruffle traditionalists, but that’s sort of the whole point of concept cars in the first place. Unlike the i8, this car won’t even see a limited production run. 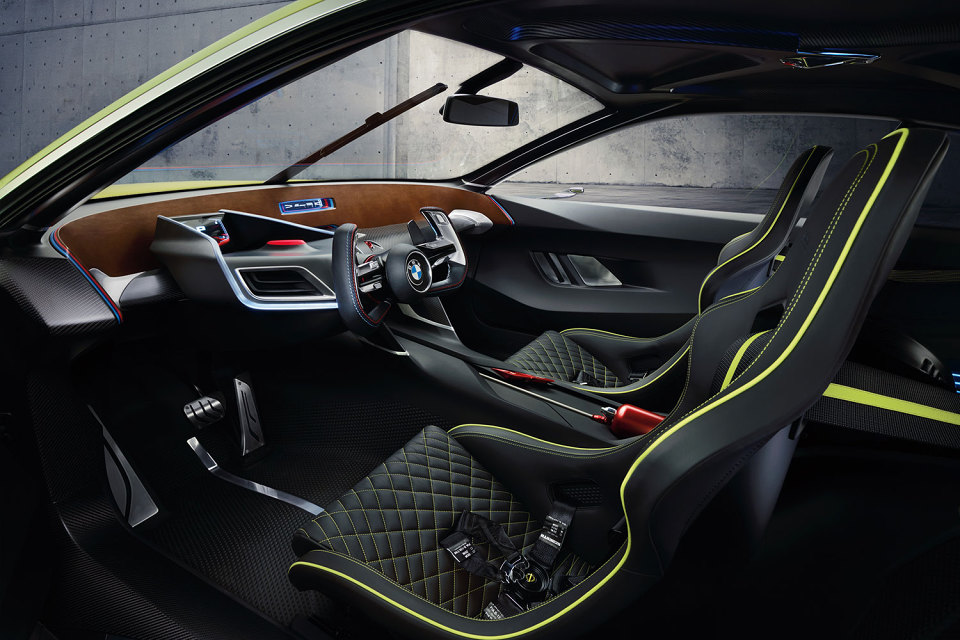 That said, there are a few things to love about this car, like the gorgeous futuristic cockpit. The Golf Yellow color looks like it works really nicely in the piping and stitching of the bucket seats, especially contrasted against the jet-black material. The minimalist steering wheel also looks great, and is eerily similar to the one found in the Golf GTE Sport concept car that VW unveiled last week. 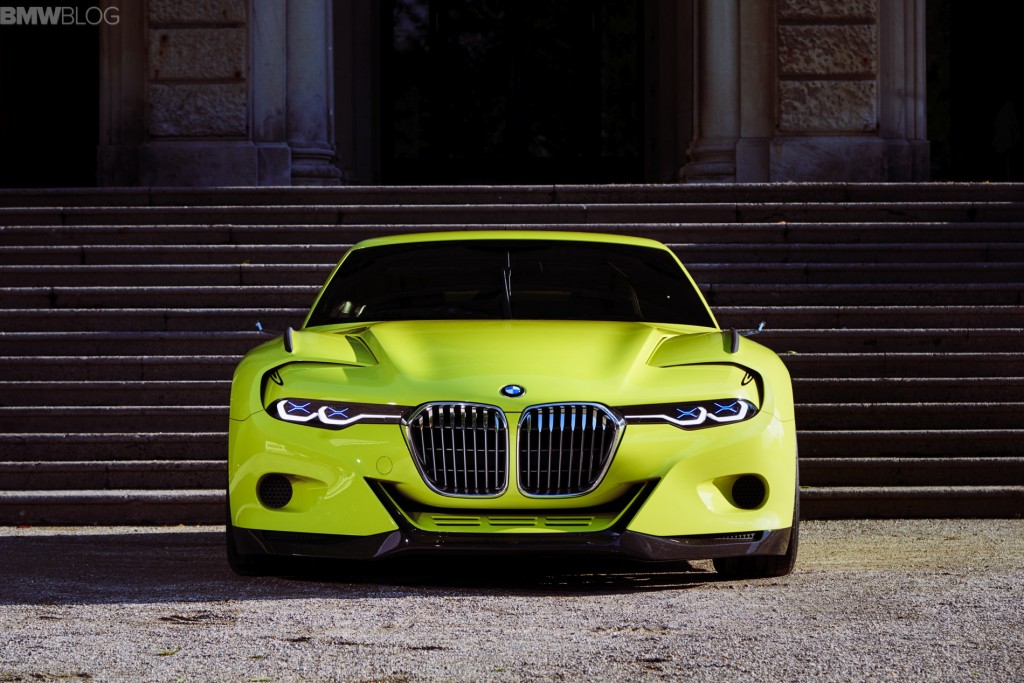 Look closely and you’ll also find the classic BMW blue and red lining a curved wooden dashboard. There’s even an element in the center console that lets you strap down a few racing helmets.

“CSL” stands for “Coupé Sport Leichtbau” (coupé, sport, lightweight). With its aluminium bonnet, boot and wings, Plexiglas windows and equipment rigorously pared down to the bare essentials, the old BMW 3.0 CSL tipped the scales around 200 kg lighter than its sibling model, the BMW 3.0 CS. Unsurprisingly, then, it was predestined for a career on the race track. Whereas the material of choice in the 1970s was aluminium, today carbon fibre – or carbon-fibre-reinforced plastic (CFRP) – offers the optimum weight-to-strength ratio. These high-strength fibres are even lighter and stronger than aluminium. And the BMW 3.0 CSL Hommage makes generous use of the high-tech composite, reinterpreting the concept of lightweight design for the modern age. Wherever CFRP is used, it is also visible – rendering the lightweight design principle tangible both inside and out. The BMW Group is a world leader in the production and application of CFRP in automotive design and can already boast many years of experience in series production of CFRP structural parts for the BMW M and, in particular, the BMW i.