Nissan Kicks:
Making its world premiere at a media event in Rio de Janeiro in May 2016, the compact crossover was first launched in Brazil before spreading across other Latin American markets and eventually around the world. Replacing the Juke, it recently made its US debut at the LA Auto Show and will go on sale in spring 2018.

During the Datsun Redi-GO launch itself, Guillaume Sicard, Ex-President of Nissan India confirmed that the Kicks SUV will be launched for India sometime in 2018. Expect the starting price to be around Rs. 8.5 lakh and it may go all the way up to Rs. 14 lakh for the range-topping model. In India, it is more likely to feature revised version of the K9K diesel engine found in the Renault Duster sibling with two tunes of output such as 85 PS and 110 PS. 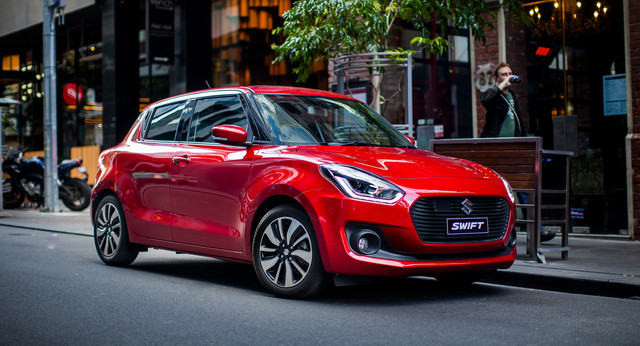 Unarguably the most anticipated launch of the year, Maruti will be bringing in the new generation Swift to the Auto Expo in February before going on sale in the following months. Aesthetically, it has a lot more appeal compared to the existing model and will be sportier than ever.

Based on the fourth generation global model, India could be one of the first countries to receive the new car after Europe. The new Swift is more likely to be priced between Rs. 5 lakh for the base model and it goes all the way up to Rs. 8 lakh for the range-topping diesel variant.

The 2018 Swift is more likely to get a 1.0-litre turbocharged Boosterjet petrol engine alongside the existing mills in the later stages of its lifespan. It’s expected to have the Fiat-sourced 1.3-litre Multijet diesel engine initially and the powerful 1.5-litre diesel developed in-house could come in the due course. Although, some claims say the 1.2-litre K-Series engine will get an upgrade, we think it will retain the existing power and torque figures. 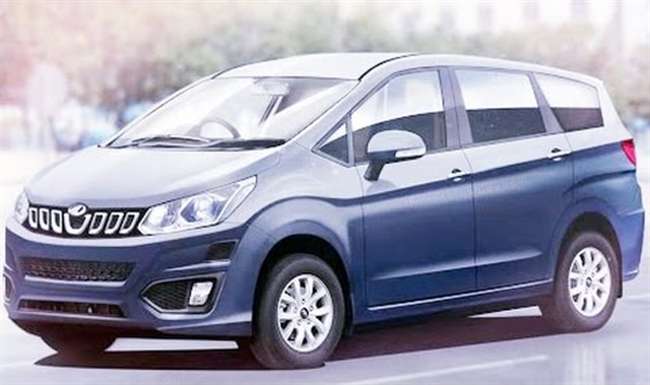 Mahindra MPV:
Rivalling the likes of Toyota Innova Crysta and Tata Hexa, the Mahindra seven-seater MPV has been codenamed the U321 in India. It has been spied doing rounds around the country for several months now and is expected to make global premiere at the 2018 Auto Expo.

It will be different from any other Mahindra we know thus far and will have an aggressive front fascia with sharp design elements as well as big windows for a roomier cabin. It will likely have the interiors adopted from the TUV300 subcompact SUV but with more premium quality and upmarket features.
The all-new MPV is the first project developed by the automaker’s North American Technical Centre (MNATC) in Troy, Michigan. It will share the same monocoque platform with the company’s flagship SUV, the XUV500. This will enable a front wheel drive configuration.

It is more likely to get an all-new diesel engine developed with assistance from Ssangyong. A 125 hp producing 1.6L mFalcon diesel as well as brand new 1.5L and 2.0L petrol engines developed in collaboration with SsangYong cannot be ruled out either. It could be priced between Rs. 14 lakh and Rs. 19 lakh (ex-showroom). 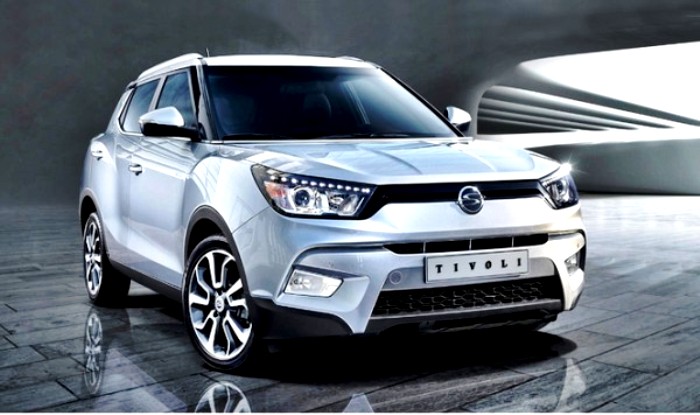 Mahindra Compact SUV:
The Mahindra XUV300 will sit below the flagship XUV500 rivalling the Hyundai Creta. The compact SUV is likely to be based on a monocoque construction taking advantage of the tech derived from its Korean subsidiary, SsangYong.

The popular SsangYong Tivoli’s flexible X100 architecture is used to create the XUV300 which is expected to be a package of style, power-packed performance as well as economy. It will be more expensive than the TUV300 that is built around a body-on-ladder chassis.

It may be showcased at the 14th biennial New Delhi Auto Expo the coming February before making market debut sometime during the same year. The XUV300 will likely feature in the price range of Rs. 8.75 lakh to Rs. 14.5 lakh. Ditching the bigger 2.2-litre diesel units, the Mahindra XUV300 is likely to draw power from a newly developed 1.5-litre TGDI petrol engine and a downsized 1.99-litre m-Hawk diesel engine. 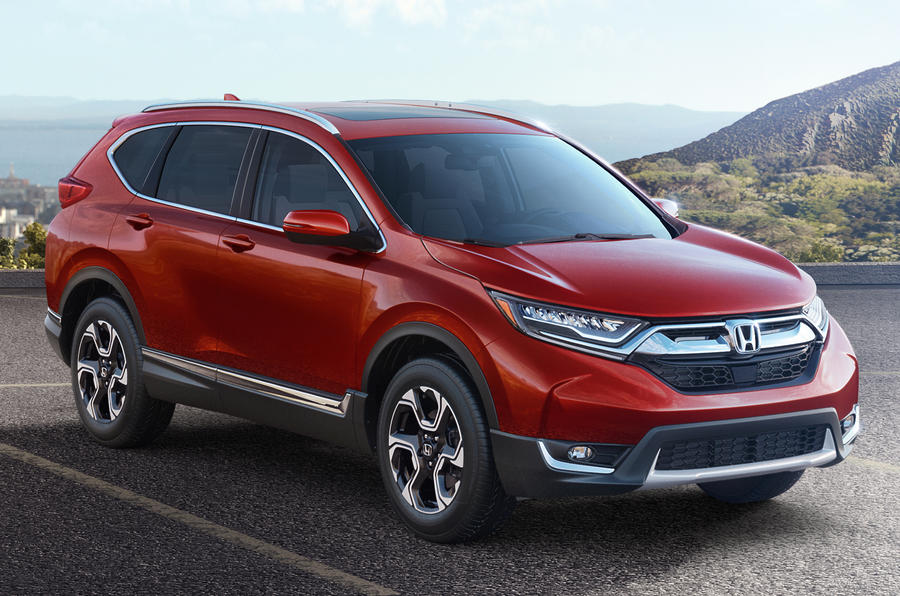 It will arrive with seven seat configuration rather than five-seat layout as seen in US. As for the powertrain, the new-gen premium SUV gets a bigger 2.4-litre i-VTEC petrol engine. Mated to a CVT automatic transmission, it is basically the same unit currently making 190 hp. The major performance enhancer will be the advent of a new 1.6-litre i-DTEC diesel motor for the first time in an ASEAN-spec CR-V.

The all-new CR-V could be priced from Rs. 27 lakh to Rs. 33 lakh in the domestic market. It will go up against the likes of Volkswagen Tiguan and Hyundai Tucson. 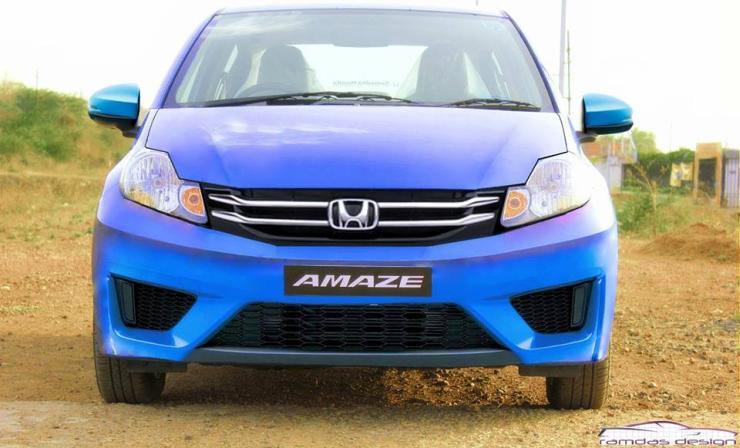 Facelifted Honda Amaze:
In a similar way to Maruti Suzuki Dzire and Swift twins, the new Honda Amaze will likely be revealed ahead of the next-gen Brio small hatchback. However, it will only follow the likes of the CR-V diesel and Civic along the course of this year. Honda did give a revision to the Amaze sedan in 2016 but it was not substantial enough.

Thus, we can expect a brand new comprehensive facelift this time around with the front end resembling the City and WR-V. We believe it will have rather striking appearance with sleek headlamps and edgy bodywork unlike the existing model.

The Japanese auto maker will indeed be trying to improve the interior functionalities and quality of the upcoming Amaze and make it a desirable VFM model with volume aspirations in mind as after all it’s a good seller in its segment. Its price range is predictably around Rs. 5.5 lakh to Rs. 9.5 lakh.